Broker’s Report August18––The dog days of summer find Mammoth with two months of solid and quite impressive summer tourism in the books. That success (and maybe even another decent month to go) may be the difference between some Mammoth businesses making it to next winter or not. Except for a few days of lull after the Jazz Jubilee, Mammoth has been very busy since early June. And the visitors seem glad to be here. Not bad considering the country is in a serious tourism recession.

Okay, okay. How’s real estate doing? (Smart People Are Buying Now!!) Actually, some times I wonder why I bother with all of this, but it is my odd obsession to watch all of the intricate movement in this micro-market of Mammoth. The most common thing I’m hearing these days is, “Paul, when there’s a screaming deal, call me.” I think this is really telling for so many reasons. These aren’t the same old mopes who annually come in the door for “a list.” These are folks who can buy, and buy now. They own real estate, they will own more real estate, they have credit, and they have cash and cash flow. They are the polar opposite of those getting foreclosed on. And they are not flippers.

Now this “screaming deal” phrase is a new, consistent term I’m hearing. Have I missed something? Is this some new book or phrase coined by Carleton Sheets or Robert Kiyosaki? Or is this new lingo from the surf shop or skate park? I think I know what it means. And shall I scream at you when I have the screaming deal? In my attempt to be a somewhat lucid real estate broker, I ask these folks: And just what is your criteria for this “screaming deal?” The serious ones can answer the question. But the whole point is that while the daily news blasts on about the real estate Armageddon, there are a whole bunch of REAL buyers willing to get back in. (Maybe go back to the Nov. ’07 Q&A titled Mammoth Vulture Culture.) And some Anonymous will likely refer to it as the old “dead cat bounce.”

But I’m seeing first-hand other compelling reasons why people are buying and looking for the screaming deal. These are crazy financial times. People are no longer comfortable with their money in the bank. Stocks and gold and oil make them nervous too. There remains something real about real estate. Most recognize the values may go down over the short run. Some want to hedge inflation. One client now evaluates investments based on his own “evaporation quotient” and real estate has the least “evaporation potential.” And I don’t know anybody who hasn’t taken a “write down” lately.

In the day-to-day Mammoth real estate market we are seeing buyers jumping on properties with serious price reductions. Wall St. calls it price support. The lender owned properties (REOs) are a clear example of this. The lenders are real sellers. After a few weeks with no activity at some inflated value established by a local appraiser, they get very real. And once that new price is struck there are usually multiple offers. That is price support. I reiterate; Mammoth is very much a “don’t have to sell” market. But we’re slowly discovering those who do. Some get foreclosed on, some slash the price, and some wallow in denial.

Overall, the number of owners in real trouble remains relatively small. The inventory numbers shows this––Mammoth’s inventory numbers traditionally peak around Labor Day. The total number of residential and condominium units on the MLS are on the historically average-to-low side, especially the condo numbers with large chunk of Westin Monache resale listings in the mix. But there are new listings all the time, but many listings expire and don’t come back (and they don’t end up in the public notices either). Those owners just “don’t have to sell.”

So the big question is: How strong is this apparent price support and will the market ever produce the screaming deal (or are we getting close to the screaming deal and don’t know it yet)? The market will answer this question over the coming months. Just as the inventory traditionally peaks this time of year, another cycle is about to begin. As kids go back to school, the NFL games appear on TV and ski magazines hit the mail stack, the Mammoth real estate market traditionally heats up with the anticipation of winter. And buyers will be picking their way through the inventory of motivated sellers. And soon there will be Bombardiers landing daily at Mammoth Airport (weather permitting).

Meanwhile, financing these purchases has become more difficult. (The young agents have learned that loans aren’t “automatic.” A strange concept indeed.) While more difficult, certainly not impossible. The biggest problem right now is that the various lenders are all over the board with requirements, guidelines and interest rates. Lately, it has been common to have the buyer’s loan package pulled from one lender and placed with another late in the escrow. Ah, shades of the 80’s. One recent interesting development is a lender applying the conforming limit of $729,500 “statewide” thus applying it to Mono County. What this means is that a buyer/borrower can get a very attractive loan up to the $729,500 limit. And with a steep decline in values in some market segments, this loan works for quality resale properties that are nearly new and originally sold for substantially more. (Maybe even getting closer to “screaming deal” status.)

What else? In the last Report I indicated that the Ritz/Hillside project had been postponed for a year. But now the sales office has quietly closed and all promotion has ceased. I’ve seen no announcement about their intentions, but I can’t imagine they’d send me the memo, but then again I have recently spent some time on the ocean. The Clearwater project (think the property around the Rafters) keeps pushing forward. The developer is “self funded” and seems quite motivated on moving forward as soon as possible. This is a huge project. (Google Clearwater Mammoth for details.) And it makes absolutely no sense to me, but what do I know, I’m just a lowly court jester. I guess BIG write downs are the “in” thing these days. And the Snowcreek 8 plan proceeds. It sure would be nice to see the back ten go in. Maybe with global warming we’ll have year ‘round golf in Mammoth someday. Too bad Clearwater didn’t spend their money in the Meadow.

One really promising change in Mammoth is the growth of media/news outlets. The Internet has played a huge role. Competition is accelerating all of it. Gone are the days of the single, “owned”, fluffy newspaper. The Sheet has captured some of the area’s best writers and has a solid advertising base. Sierra Wave/Benett Kessler just gets better everyday (and she knows where the bodies are buried). Newcomer Mammoth Lakes Daily News online has laid a foundation and has real potential. And the Mammoth Times is scrambling. All of this is good, really good. One of Mammoth’s shortcomings over the past couple of decades has been the lack of quality journalism––reporters who can, and have the knowledge to, ask the tough questions and dig a little (or maybe a lot). I applaud this. Hopefully, it will all work to make Mammoth and the Eastern Sierra an even better place.

And I’ve been receiving inquiries and comments about MMSA CEO Rusty Gregory’s new vision for the gateway to town, the “town square”, making Main St. a two-lane road, gondola stations throughout town, and a potential land trade that would create a “Central Park” for Mammoth locals. Is that smoke I smell? It makes me remember all the discussion about how food delivery trucks wouldn’t be clogging the streets around the Village (and hence no need for loading docks) because the restaurants would all be working out of central commissary located somewhere else in town. Yeah right. And how does this grandiose plan put more profits into the Ski Area’s coffers? (After all, that is the ONLY plan.) People think Rusty should try to get the Village gondola past the Canyon Lodge parking lot before trying to get it to the VONS parking lot. Yes, I think that is smoke I smell. And is that a mirror? My guess is that Rusty wants all of us distracted and dreaming again while he’s trying to acquire the crown jewels. Does anybody know many acres the Forest Service is going to swap him at the Main Lodge in the latest deal? Maybe some of our edgy journalists can discuss this our new Inyo Forest Supervisor.

And finally, Mammoth remains a most interesting real estate market. The oft quoted real estate phrase “it’s different here” has become the public laughing stock in local markets throughout the country. As we’ve seen in Mammoth, no market is insulated from this downturn. Values in many segments have experienced substantial decline. But name a place that is so beautiful, so temperate, so protected, and so unpretentious yet with so many recreational opportunities, so little approximate competition, and with massive demographics and wealth within a half-day’s drive by car. Well, go ahead and name one. And over the years I’ve watched many long-time locals frustratingly try to find an equal place to relocate to (yes, after 30+ winters the snow does get to be tiresome). Let’s face it, just being here is a screaming deal. 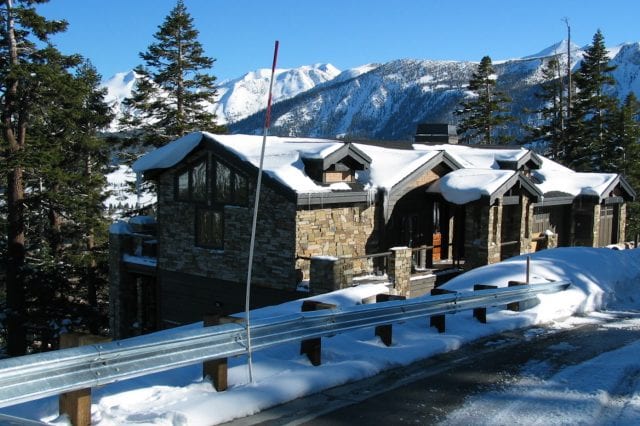 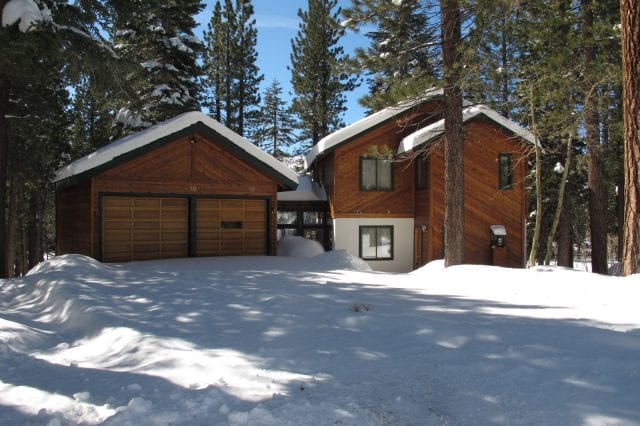