This column could be titled Mammoth Foreclosures 3.1, but the phrase “make’em a stupid offer” really stands out in my mind and is far more applicable to the present. While this statement may have no significance to the vast majority of you, it is ingrained as part of my teenage years. I heard the phrase regularly and it was usually while I was eating dinner. This dates back to long before the mania of cell phones. Our family phone was on the wall in the kitchen, and my father was a real estate broker. Today, I recognize the era––the 70’s––were pretty crappy economic times. (Will we see the return of stagflation?) But at the time nobody really seemed to have more or less than anybody else and nobody I knew had dirt bikes or went snow skiing. On Saturday night my parents went out for dinner, and the kids got Taco Bell, and that was a treat.

At the time I really didn’t grasp what “make’em a stupid offer” meant, but what I’ve come to realize is that my father was trying to get people to make offers during difficult times. And “stupid” meant low or with some creative terms, and any offer got the ball rolling. (Speaking of creative terms, I’ve come to realize that half the agents in my office don’t know what a wrap-around mortgage is––it’s like asking them who wrote “Smoke On The Water.”) Sometimes a stupid offer is the best way to test the waters. I’m sure during those times, much like now, sellers were trying to eke out every dollar and were unrealistic about what the market would bear. And buyers had their own concerns. But like current times, at least a stupid offer is an offer and it might just find out what the seller’s real motivation and bottom line is. So now with asking prices coming down (and greatly influenced by REO offerings) we’re seeing potential buyers testing the waters. And some of the most serious testing is going on with the bank owned properties.

Not a day goes by that a call comes in with somebody wanting to make a stupid offer. A few days ago someone wanted to offer $125,000 on a REO condo listed at $299,000. “That’s as high as they will go” the agent said. Now California real estate laws certainly allow people to make stupid offers, and the same laws don’t compel the seller to respond to any offer. I think that’s why it is called “an offer.” But the bank owned properties in Mammoth are bringing out the stupid offers, some really stupid, so it is time for a little discussion on the topic.

Quite frankly, and many real estate “gurus” highly recommend it, every buyer should start off with a stupid offer, especially in these types of economic times. But there is always trepidation in doing so and rightfully so. Experience has shown that potential buyers who make ridiculously low offers are seldom for real. Even when you successfully get them into an agreement/escrow they often use a contingency to get out of it, or even worse, they arbitrarily wiggle their way out of it and waste everybody’s time (and usually piss everybody off and dangerously raise everybody’s blood pressure). And in the small brokerage community of Mammoth, the names of these “buyers” usually get around pretty quick (oh, those guys!). And in our market some of these offers come from people who have never even seen the property they are offering on. Some have never even been to Mammoth. Ironically, many of these similar types of buyers are folks who bought on the heels of the “Starwood announcement” and are now the same one’s being foreclosed on. Maybe they would be better off at the tables in Vegas.

There is an art to making stupid offers and many of the “successful” agents from the recent goldilocks period don’t want potential buyers to understand it. It’s called work. And some critical thinking might be required too. (“What? You mean I have to read the whole MLS input AND some associated documents? You must be kidding?”) Just a little investigation about the property and the seller can tell you plenty. In fact, I’m convinced that some of the big players who rode through Mammoth in the past decade actually hired real private investigators to find out all kinds of things about sellers. Knowing when the seller bought the property, how much is owed on it, or have there been any offers, etc., are the basics. This is cursory knowledge before even considering the making of a stupid offer. Or even just asking the listing agent why the seller is selling (assuming you can get the truth) is a good question. Sometimes just a keen walk-through of the property will reveal things, or talking to the neighbors. There are all kinds of tactics.

And buyers who want to make stupid offers with a chance of scoring good deals need to prepare also. Getting pre-approved for loans or having those account statements handy is essential (and required to make an offer on an REO). Doing some front-end due diligence and making offers without significant contingencies proves serious intent. Stupid offers with tons of contingencies and lackadaisical intent aren’t worth much. And “cute” provisions that come out of left field are even worse. Sellers in a position to even consider a stupid offer want to deal with someone who is likely to perform on the terms. They don’t want to deal with people who are just throwing poop at the wall. The asset managers of REOs don’t even want deal with these types of buyers––every T must be crossed and I dotted. I use the analogy; buying an REO is not a horse race, it is more like applying for a job.

This brings me to the subject of short sales. There are lots of agents chasing short sales around and plenty of seminars that agents can attend to convince them to do so. If you’re a buyer chasing a short sale, especially in Mammoth, you better do some due diligence on the seller. Does your agent understand the difference in California between a recourse and non-recourse loan? I’ve been quiet on this subject––just watching the process in this new economic environment––trying to see if it is even feasible. Making stupid offers on short sale listings in Mammoth is futile. The market is showing that getting involved in a short sale in Mammoth is not only going to be frustrating, but also likely a waste of time. Again, it’s the nature of this market; the structure of the loans used to purchase the preponderance of properties in Mammoth (non-primary residence), and the financial position of the “sellers” (no provable hardship), and the lender’s accounting, tax, and insurance strategies all in the mix. I don’t think any government bailout or bill is about to change any of that. Becoming mired in a short sale is one certain way for a buyer to be distracted from finding a real deal on a quality property. But be my guest.

And where might some stupid offers be appropriate in today’s Mammoth market? Try any property with “luxury” in the marketing material and property description. Luxury is the new synonym for overpriced, maybe even grossly overpriced. Luxury is defined in the dictionary as something that is rare or hard to achieve. And yet it has recently come to describe almost every new property in Mammoth. (Or maybe everyone is confused because Mammoth IS the real luxury even though we tend to forget it.) Many developers are still holding on to lots of luxury inventory. Something will have to give. Servicing debt like this is becoming quite unsavory although some forbearance is likely, but that can only last so long. Credit only continues to tighten. And there’s a solid inventory of (luxury) high-end homes (many built on speculation) that are likely to become ripe for stupid offers. And I know there are many lurking, watching, wannabe-scoring-the-trophy-home buyers out there.

The good news for now is that there is still buyer demand. There are even a surprising number of cash buyers. Mammoth still has great appeal to plenty of people. Meanwhile, the fall colors are turning nicely and we’ve had a glorious, crowd-free September with fabulous weather. Mark it on your calendar to spend a future September in Mammoth. And there’s nothing stupid about that. 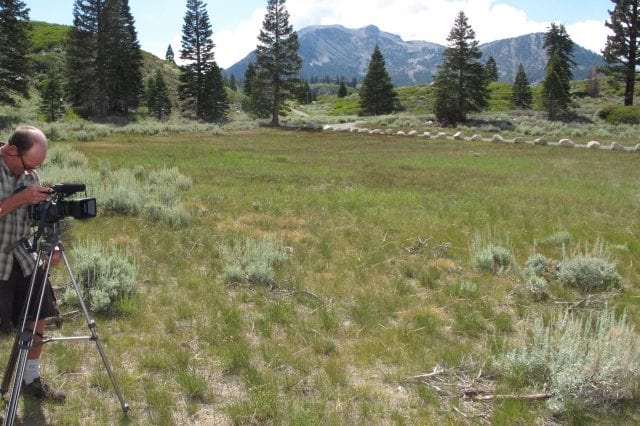 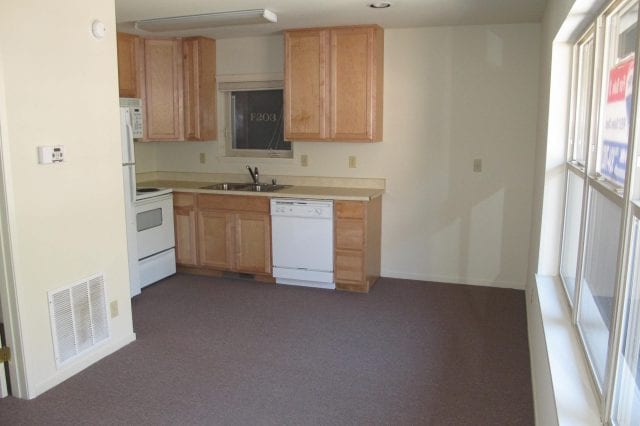 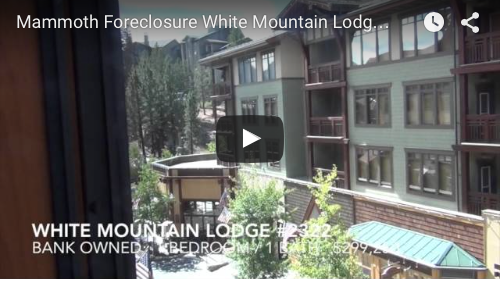 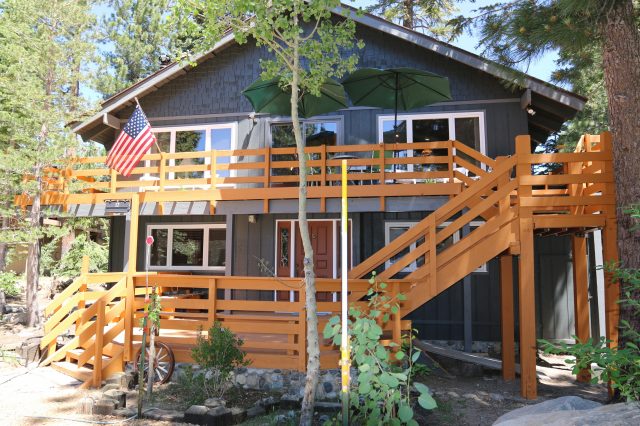