Broker’s Report, May 27––Spring has sprung in Mammoth and while classic spring skiing can still be had on the Mountain, most minds have moved to bikes, golf clubs, fishing and hiking trails. The Mammoth real estate market experienced what has become the typical spring pop. The bulk of the sales have occurred in the low-end of the market, primarily condos under $400K. But there has been increased (from almost dead) activity in residential sales in the $700K to $1.8M range. In the mix were a significant number of cash purchases, increasing and frustrating lender delays, and new lending requirements (even for the most qualified buyers), and a stop and start foreclosure rate.

The banking and lending environment is beginning to resemble the late 80’s and early 90’s. Almost every agent in town (not me) is working on some sort of short sale deal. Absent of some real hardship on the seller’s part, lenders appear to still demand a buy-down or some real collateral from the seller to make the transaction work. On top of that the back taxes and common area fees (as well as any other liens or judgments) have to be resolved. Few short sellers are finding this appealing (they thought this was their easy way out). It’s all quite a poker game. And all of this is assuming that the bank has the real ability to attend to the file––it is quite apparent they are swamped and grossly understaffed. Ultimate success is a function of persistence and luck. Buyers are losing patience with the process and uncertainty, are concerned about the outlay of money, and they are realizing they may not be getting a great deal after all. Life’s too short (pun intended). After the recent death of a fellow broker/owner (and quite the competitor for the last 15 years) here in town, I’m going fishing. Meanwhile, the legal community is chiming in on the short sale arena, warning that advice from agents about the consequences (legal, tax, credit, etc.) for sellers is likely to be all wrong and also constitutes practicing law––just another reason for me to run and hide from all of this.

On the defaulted/foreclosing/REO side of the market, the majority of Trustee’s Sales are once again being postponed. Most postponements are for 30 days, then another 30 days. Some of these properties are in short sale escrows, some sellers are in bankruptcy, and it is apparent that some sales are delayed simply because the lender/servicer can’t get to the paperwork. Some of these properties have been sitting vacant or abandoned for over a year. All of this is feeding the growing conspiracy theory that banks are holding back on foreclosing and reselling with hopes that values get propped up. Oh, and the accountants are playing their games. There is a building shadow inventory of properties that will ultimately be foreclosed on, but their appearance on the open market isn’t likely for months or even years. However, when a property ultimately ends up as a REO, there are definitely buyers in this market.

After showing quite a bit of property this past holiday weekend, I’m seeing that the consumer who is watching the MLS online is getting a distorted view of the market, especially in the condominium market. There are numerous short sale listings where agents have arbitrarily lowered the asking prices into depths (trying to lure in any offer), and skew the reality of the market. The Mammoth Lakes Housing Authority is also dumping deed restricted housing units into the MLS. Many of these properties are newer and look great in the pictures and the prices are attractive. The only problem is the buyer has to be a certified buyer (local resident, employed, income (or lack thereof) requirements, etc). Just because you have a MVP doesn’t qualify you. The low-end of the home market is becoming similarly distorted. Anybody interested in a $400K A-frame short sale?

And some words about lending; agents who signed up for this job during the glory days of the credit bubble are now discovering reality. Most lending is back to Fannie Mae requirements and the pendulum has swung the other way. The problem isn’t the borrowers as much as it is the collateral. The underwriters are scrutinizing the condo projects every which way. If there is a red flag then more documentation is requested, or more down payment, or a co-signer. And agents are wise to forget the 30-day escrows that were so easy back then (unless its cash). Just so everybody doesn’t get unreasonable expectations, I’m advising a 60-day escrow closing or “sooner by mutual agreement.” Even the best properties (and borrowers) are subject to delay, the lenders on the loaning side are moving tentatively, but at least they’re still in business. (Hey, if the Feds were running your business it would be running slow too.)

Even though the market saw a nice spring pop, the inventory remains stagnant and relatively low. The market does expect the typical inventory increase over the coming months with a normal peak around Labor Day. But the inventory numbers aren’t signaling to sellers that they should expect any increase in values. The real buyers are looking for deals and are spending time educating themselves so they know-it-when-they-see-it. Again, the numbers are skewed with short sale offerings that are mostly an invitation into the Mammoth real estate abyss. Scrubbing the condo inventory reveals less than 300 units on the market. But a good 30+/- are Westin units and another couple dozen are short sales or deed restricted (affordable housing) units and another 20 or so are lingering developer inventory. There is a clear shortage of real quality properties under the $400K mark. The residential market is still stuck in the same place too with a few attractive properties coming under $700K. Quite frankly, the market is just much of the same with the standoff continuing between sellers and buyers with random motivated sellers (including REOs) or well-priced plums for the picking.

The Westin Monache continues to be an interesting case study. Recent sales have displayed some incredible value destruction in the past 18 months since the original sales occurred. One recent sale really jumps out at me. The developer reports the sale of unit #345 in the last two weeks. This is a premium unit in “the stack,” being a corner 2-bedrooom “suite” with a balcony and located at the end of the hallway. The unit closed for $540,000. The developer was asking $819,000. The original price was $1,025,000. Out of the original sales data from less than 18 months ago, the unit two floors up sold for $1,075,000, and the unit three floors up sold for $1,395,000. Amazing. Of course you could have had your money invested with Bernie Madoff. Another recent offering that stands is unit #741, a nice 1-bedroom on the top floor. It closed just 14 months ago at $775,000. The owner put it on the market a couple of weeks ago at $445,000, and it has gone to escrow. So if you have cash and desire a Westin Monache, now may be a good time to look. But I know there are some units in the foreclosure pipeline already and rumors are that there is a significant management personnel change coming and that the common area fees are going up in the next few months. I’m just beginning to wonder how long Westin will stay committed to the Monache project.

Forbes magazine from a couple weeks ago had an enlightening article titled Moreno’s Math. Arte Moreno bought the money losing California Angels in 2002 and changed the business model. His “putting butts in seats” philosophy included reducing ticket and concession prices and increasing total revenue and profits. He also believes in the old “management by walking around” theory. Moreno has almost tripled the value of the business (and he certainly doesn’t think like a hedge fund manager). While the new expensive Yankee Stadium seats are sitting empty, there’s a lesson to be learned here. Maybe someone at the Ski Area should read the article.

Meanwhile, those locals who were “asking to get their town back” in the last few years are getting what they asked for. The general and local economic conditions have moved out transient construction workers and many others. Businesses continue to fold or downsize to smaller spaces, fewer employees, or are re-thinking their entire business model. Many older businesses are re-adopting the old “Sun Valley attitude”––the practice of closing for good stretches of time in the spring and fall because it just doesn’t warrant opening if nobody is around, and the downtime is valuable for maintenance and vacations. As Rusty Gregory recently said, “Mammoth is a cool place to be in a recession.” And in many ways it is. The overwhelming level of mania the past ten years is gone and it is a great time to re-enjoy all the great things Mammoth has to offer. Even if all you can afford is a tent and Top Ramen.

So the questions for the next few month is how much good inventory will come to the market, how many REOs will eventually come to market, and how buyers will react (its all timing) to what appears to be looming inflation and higher interest rates. 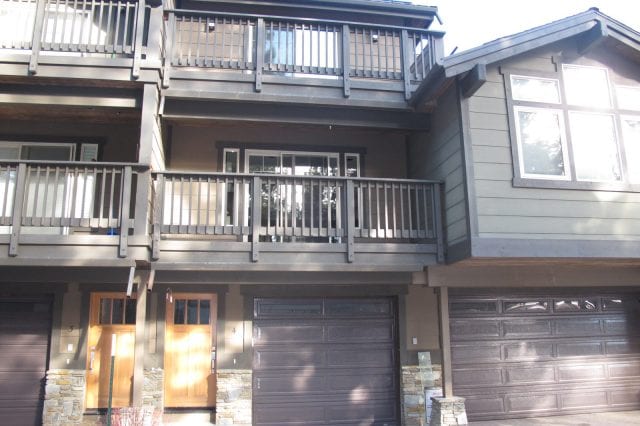 Mammoth Foreclosure of The Week | 408 Manzanita #4 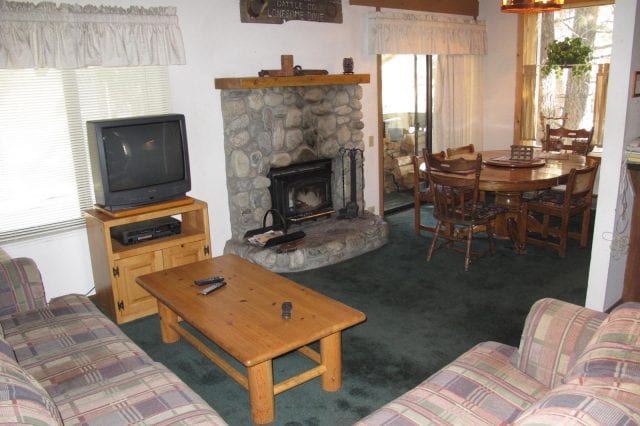 Mammoth Foreclosure of The Week | Horizons 4 #166 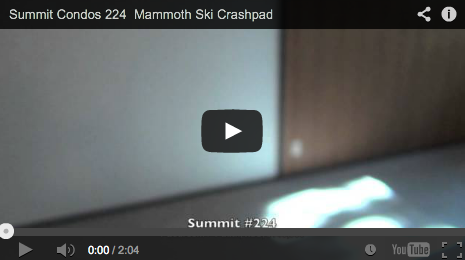 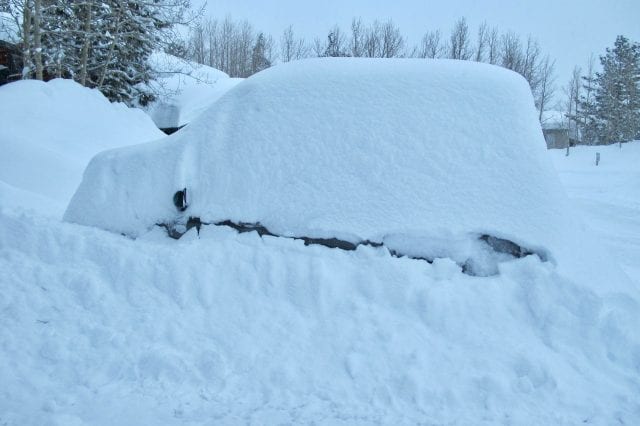