Broker’s Report, July 30––I find it fascinating to correlate what is happening in the national and global financial markets to what is happening in the Mammoth real estate market. Years ago we relied on an early-printed edition of the LA Times and the nightly news on television for our outside-of-Mammoth information. Boy does that seem archaic. And decades of observation here in Mammoth shows that everything has to be considered in seasonal context. Understanding the ebb and flow of people is critical to business success.

So the stock market is rallying, new home sales are up, and the pundits are calling the bottom. But most are recognizing we’re likely in for a long, slow recovery marred by whatever flation we’re going to have, ugly unemployment stats, and other unpleasantries. So what is causing this market rally? Is it the same reason that people are plunking down cash to purchase properties in Mammoth? Some of this is really serious cash in the million-dollar plus range. With financing in the toilet right now it is not uncommon for condo buyers to pay cash in the $200-400K range for their new Mammoth condo. It all seems to me that the people who have cash are getting antsy to get it invested some place. Well, it’s not really my imagination, I’ve been told that directly. Is there a correlation to the stock market––pent up demand to place cash into some sort of investment?

So what is really happening in the local market? First, understand this is typically an ebb period for Mammoth real estate. In case you haven’t looked at the temperature outside, it’s hot. It’s even hot here in Mammoth, which means very nice. But most people aren’t thinking of skiing. The market doesn’t normally see demand until there is the “anticipation of winter,” triggered by the kids back in school, football games to attend and watch on TV, and the ski and snowboard magazines arriving in the mail. And for many, the arrival of a long-ago-paid-for new ski pass (the real number is purported to be around 40,000 here at Mammoth). So to see cash buyers and general interest in real estate is quite encouraging. Now if we only had financing for half the properties in town.

Inventory remains stable. Oddly, the condo inventory is on the low side, especially if you scrub out all the Westin and Woodwinds properties (Intrawest has put everything they have left on sale at deep discount much to the chagrin of all their past “preferred” customers). And there are still plenty of short sale offerings tempting buyers to join the dance. Conversely, the single-family home inventory is a bit on the high side, with plenty of unrealistic sellers still in the bunch, and an assortment of short sale offerings, a few REOs, and a concentration of 11 homes listed just in Starwood (there’s only 54 lots in the whole subdivision). Oh, and there’s small-but-increasing number of Notice of Defaults in the single-family pipeline. Some of these are what would be considered “trophy homes.”

The lending restrictions imposed by Fannie Mae continue to be a major headache (see my last post). Condo hotel units and regular old condominium projects that have “front desk” reservation companies are not meeting project approval guidelines by the underwriters. Right now half the projects in Mammoth are not lendable. Okay, Guido can get you a loan but you won’t like the terms. Local mortgage folks and some out-of-area brokers are trying to solve the problem one or two projects at a time. It is a case-by-case situation for buyers (and sellers) and rejection can come at the last minute. Meanwhile, acquiring financing for single-family and other projects without visible rental programs appears to be no problem. Snowcreek properties, for instance, aren’t a problem right now. But there is a major rental entity on the grounds with the Snowcreek name. Let’s hope the underwriters don’t Google down too far. And the lack of financing is obviously not helping sellers and their values.

The Westin Monache continues to be an intriguing case study. Don’t get me wrong, the place is nice, really nice, and very popular. It is clearly the nicest place to stay in Mammoth if a luxury hotel experience is what you’re looking for. If the prices go much lower I will consider buying a unit there for my retirement years. And the values are heading there. The first foreclosure happened there last week and there are more in the pipeline. The developer has reduced prices to move their inventory (and there’s plenty of it). Non short sale Studio units are now price at or below $200,000. Short sale listings abound. And there’s no financing, except from Guido. I hope they can keep it all together.

The infamous Clearwater project (Old Mammoth Road/Sierra Nevada Inn) is history. It now has a new architect and a new name––Old Mammoth Place. The new plan has been well received by the public officials but I still contend it is way out of place. And just what we need; more condo hotel units and more retail space. But there is an ice skating rink. I’ve seen so many projects with ice skating rinks in the original plans only to have them evaporate come construction time. Has anyone ever tried to think through this capacity argument that I’ve been making for years? Everybody who knows me knows I was a major skeptic about the Tallus and 80/50 projects long before shovels went into the ground. I was told I “better get on board before the train leaves the station.” I guess I’m still at the station. I laughed at local real estate agents who were making deposits and reservations in these projects as speculative “investments.” But, what the hell do I know? What really pisses me off is here’s a guy with a boatload of money and what appears to be real sincerity about the community who wants to be a developer and he got sent down such a lousy path. The ironic thing is I watched it all happen right out my office window and couldn’t do a thing about it.

Okay, let me address a couple of questions posed in the comments section of my last blog post. First, the issue of property tax reductions. I can’t speak for the Assessor’s office, but I get to watch closely. The Assessor has been very transparent about this process with articles in the newspapers and public presentations. There is huge pile of work being done. But the reduced assessments can’t simply and immediately drop to recent comparable sales. First, all appraisal work is historical. On the way up they are lower than sales. On the way down they are higher than current sales. In the daily practice of real estate brokerage we contended with this during Goldilocks and we’re contending with it now––just different problems. Also, the other lag is the tax year calendar (starts July 1) and when the “roll value” is established. All of this creates a downward stair-stepped lag in assessments. You can always appeal. But property tax law in California is a big body of law and good luck if you can find anybody who understands it all.

The other issue is price support in the Village. There are only nine units listed for sale in the Village out of hundreds of units. And a couple of them are short sale offerings. At the current prices these would likely be sold if financing were available. The statement about price support was a reflection of dealing with a number of bank-owned properties in the Village in the last 6-8 months and seeing buyers compete over them. Yes, values are down and down below the sales of 2003-06. But which values aren’t down? Mine are. The key is there are cash buyers at certain prices. We’re working on one right now with multiple offers (so really there’s only eight on the market). I consider that price support. Without this kind of price support maybe you should just mail the keys to the lender. Recent studies are showing that many defaults and foreclosures are simply people with negative equity, who can actually make the payments, just throwing the towel in. I don’t know what is confusing about this level of price support, it’s a good thing for current owners. At least the developer isn’t still holding dozens of unsold new units. We are also seeing price support in low-end of the single-family market. Recent sales of decent homes in the $500-600K range would substantiate that. The listings below that range are pretty substandard and/or short sales.

The months heading towards winter shall be telling for the Mammoth real estate market. How many new pass holders will be looking for crash pads? How much antsy cash will come off the sidelines looking for good buys in Mammoth? Will the default pace slow or quicken? Will the lending quagmire begin to resolve itself? And maybe most important for all those invested, or want to be invested, in Mammoth; will the owners of Mammoth Mountain give us some positive sign other than an announcement of additional air service as to their commitment to their enterprise here? Too many news stories about major layoffs, serious over indebtedness, and giving property back to banks, doesn’t exude confidence. Of course, this is California, what did you expect? And people are starting to buy it up again. 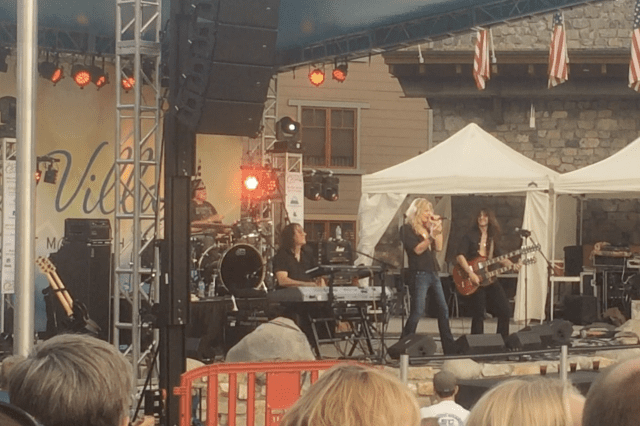 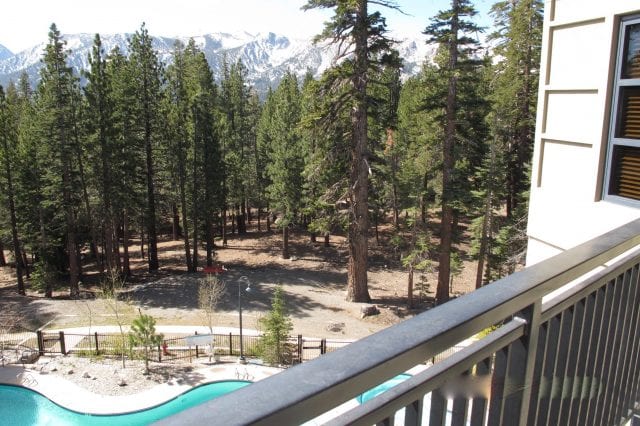