This Q&A appears in this weekend’s issue of The Sheet. A large crowd here in Mammoth for Fourth of July, the weather is splendid and everybody seems to be having a good time. I’ve never seen so many people out riding bikes.

Q: With all the controversy currently going on in Mammoth I hear lots of local residents expressing that they wish Intrawest never came to Mammoth. I’d like to hear what you think?

A: The question alone will strike an ambivalent chord with many, including myself. The era certainly produced its share of winners, losers, those who didn’t care, those who were appalled, and those who just went along for the ride. The national real estate mania that occurred at the end of the Intrawest period certainly didn’t add any sanity. I am often heard to say, “Who were all those people?” Many people came and went. Many good people left (some are literally “no longer with us”), and some good people came and stayed. In many ways the Mammoth of today seems very similar to the way it was in the decades before Intrawest came to town 15 and-a-half years ago. And in many ways it is quite different. No one really knows how the Mammoth of today would look and feel if Intrawest hadn’t been attracted to and seized the opportunity here. It was an intense 10+-year run for Mammoth. And whether the end result is better or worse, who really knows? But it is what it is. Let’s see if I can distill it all down.

What Intrawest brought to Mammoth was critical to Mammoth at the time. Mammoth had been in the economic dumps through the 80’s and 90’s. Most importantly, Intrawest brought the real mountain resort and village development experience and expertise that Mammoth was lacking. They also knew how to paint the much needed vision. They unified the developments including the parcels MMSA had assembled and others that were owned by Mammoth “old timers.” In particular, the approval of the North Village Specific Plan in the early 90’s unified the direction of the owners (amazing what a deep recession will do to instill cooperation). But the actual development would have been impossible with this group. Without the unification of the development process under one entity, and in partnership with the Ski Area, nothing substantial would have ever happened. Intrawest’s track record and sophistication was key in acquiring the financing. Without unification, the national real estate boom of the early 2000’s would have resulted in an even bigger hodge-podge of development in Mammoth. If people think things are screwed up now, without that unification and expertise, the result would have been disastrous. We really would want “the giant eraser.”

What Intrawest also brought was marketing expertise. In a town where marketing was always considered “going to VONS,” it was desperately needed. The marketing expertise influenced the general marketing and vision of the resort but more importantly the marketing and selling of resort real estate. What they brought here was, at the time, probably some of the best real estate marketing the planet has ever seen. The hyperbole was almost pathological. And it was believable. Mammoth really didn’t need the real estate boom of the early 2000’s or the ridiculous financing environment that followed. We were standing on the shoulders of giants, and it was going to be amazing. And in many ways, Mammoth really deserved that future. After decades of being beat up over earthquakes, volcanoes, hantavirus and recessions, it was Mammoth’s turn in the spotlight.

Residents, property owners and regular visitors all know and believed how great Mammoth was (is), so why wouldn’t this prove to be amazing? Intrawest’s visioning reached long into the horizon. And Mammoth came to expect instant gratification. But something else happened, lots of things. The Sierra Club threw a big wrench and delay into the critical airport development plans. The redevelopment cookie got tossed. The cost of development and construction in Mammoth greatly exceeded the pro-formas. And at the peak of the real estate craziness, Intrawest was made “an offer they couldn’t refuse” to pack their bags. Other things happened that never made the news, but it is all water under the bridge. In hindsight, Intrawest sold the majority of their Mammoth stake at the most opportune time for them, once again proving their “magic.”

Thankfully, there is some sense of cohesion and completion to what they did. Eagle Base functions as a unit. Yeah, the promised base lodge facility is about 12 years (and counting) too late. But at least there isn’t some half-finished eyesore like in many resorts. The Village is a cohesive unit including the Gondola to Almost Nowhere. It really isn’t a village, it’s more like a node, but it is functioning well and getting better all the time. Real estate values in and around the Village are firming up although down roughly 50% from the peak. The one half-finished project in the Village isn’t Intrawest’s responsibility and really not an eyesore. And those of us that ski and ride certainly enjoy and benefit from what Intrawest influenced on the ski mountain. The high-speed lifts and re-contouring greatly improved the experience. And ultimately they brought us the Westin Monache, a true hotel experience for our guests looking for that. It has supplied a need that was desperately in demand. It has raised the bar in Mammoth lodging and condo hotel development.

But the Intrawest legacy is not all good. Mammoth was hoping for a prosperous long-term relationship and simply got a prolonged honeymoon and a quick divorce. With the promise of longevity the Town was talked into a discounted pre-nuptial. We didn’t even get an ice rink, or a multi-purpose facility. And that was the plan long before they arrived. So much for government deal making. (In the absence of a money-flowing economic environment, could Mammoth even replicate the effort that built a world-class skateboard park?) Today, several of the condominium projects Intrawest developed are involved in construction defect litigation. Those projects have lined up against Intrawest’s insurance carriers. Those projects are un-lendable because of the litigation. And that has clearly destroyed the values beyond the norm. As if the real estate market wasn’t bad enough. (But this spells opportunity for some.) If Intrawest was still here with ongoing development plans and interests, these lawsuits would be seriously damaging to their ability to market future projects. Many wonder if this was a corner they painted themselves into and additional motivation for their escape.

Intrawest did introduce Mammoth to the condo hotel concept. They gave us quite an education. They showed us how it was marketed (and hyped). They danced past all the legalities. They sold the public officials that their ownership of the front desk was part of their pay-off because it provided a “long term cash flow position” for them (Okay, I’ll marry you.) I’d sure like to know how much they sold those future cash flows for (and they are for real). But they left it to someone else to put quality and competent management in place, and it took too long. So much for their long-term thinking. As Mammoth goes forward, the condo hotel concept and developments will be critical to become a more mature resort. And it’s still all about occupancy rates and (the lack of) financing. And the Town (or maybe the County) will certainly bend over backwards to approve a project that generates substantial property tax and bed tax revenues (I love you!). And any proposed momentum in that direction has to be welcomed with open arms. Future negotiations with these developers are bound to be controversial. But that is likely to be so far out in the future, or the community pain and desire for a new project so overwhelming, that the past will be forgotten (I’ll take you back!).

So is the net benefit of the Intrawest experience a positive one? It didn’t change the quality of the wind blown snow or the backcountry trails. It made the ride to our favorite runs a little more convenient and the beds our guests sleep in after a day of hiking a little more comfortable. Some could argue that the whole experience brought a higher level of cash flow to the community, and that may not have happened without Intrawest’s influence. But does that make Mammoth a better place? It certainly hasn’t made Mammoth a less challenging place to live. Maybe it was all a classic case of “can’t live with them, and can’t live without them.”

Go to the Village this weekend for the fireworks and look at the crowd. Then go down to Crowley Lake for fireworks. Is one better than the other? Like all of life, it’s all in the eye of the beholder. 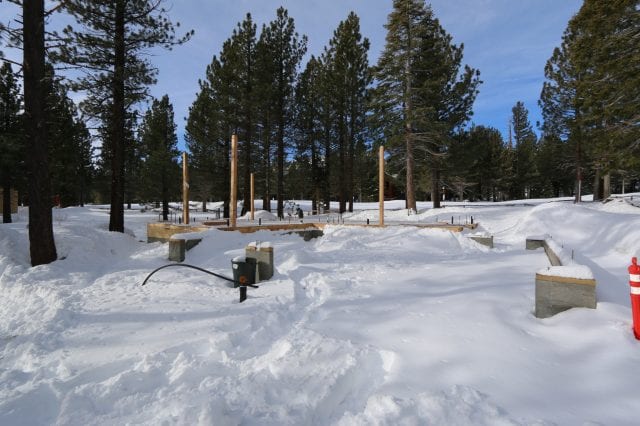 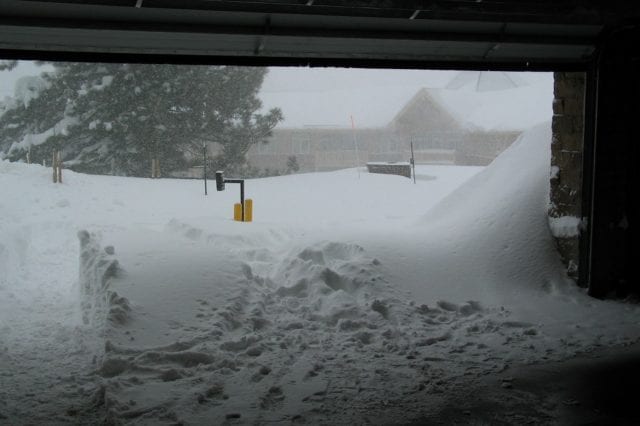 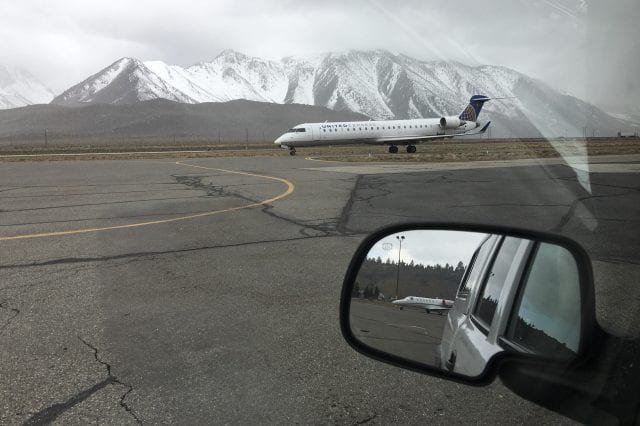 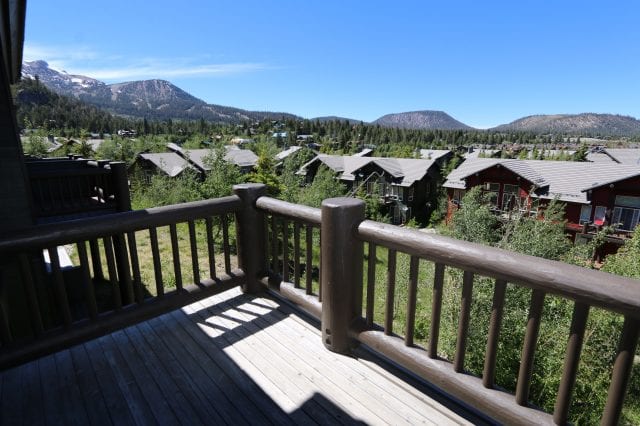 All Along The Mammoth Real Estate Watchtower.