In the next couple of weeks a trivial local anniversary will pass greatly unnoticed here in Mammoth Lakes. But I will certainly take note. At the end of the year The Charthouse restaurant that quietly sits on the corner of Old Mammoth and Tavern Roads will turn 30 years old. Where did the time go? I was there opening night, New Year’s Eve in 1981. They entrusted the second-on shift to a 22-year old waiter from LA. It was mayhem, but we served 585 dinners the first night. I didn’t punch out until after 4am, and because I didn’t have a home except for that restaurant, I slept in the bar, in a sleeping bag.

The Charthouse restaurant chain was a truly great company to work for in the late 70’s and early 80’s. Not only was the food great and prepared fresh, the dining experience was centered on attentive but casual service and a truly upbeat atmosphere (Hawaiian shirts for all!). As an employee, I ate like a king including all the salad bar I could eat. And on top of wages and tips, I had healthcare, and profit sharing through stock ownership. It was a throwback era. But the ownership eventually changed and I was terminated a couple years down the road because I had all of those perks. Then I moved to real estate. Otherwise, I may still be coming home every night smelling like a grilled teriyaki sirloin.

One of the things that made The Charthouse impressive from an employee’s standpoint was their outstanding business systems. I may have learned more working for them than I did studying business at UCLA. They owned some of the most fabulous restaurant locations on both coasts, Hawaii and in the Caribbean. Food and liquor cost were calculated and managed daily. Internal control and individual responsibility were paramount, all while having a good time. Cleanliness, hard work, quality service and a positive attitude were rewarded by promotion. If you aspired to be a headwaiter, and that was a great job in a recessionary economy (far better than an assistant manager), you had to be able to do any job in the restaurant; from cutting steaks, to cooking those steaks, to tending bar; whatever, whenever. But more than anything you had to be responsible. It was great training for owning a business.

I have no idea why I ended up here in Mammoth. There were hundreds of Charthouse employees from all over the country who applied for positions for the opening of Mammoth. It was going to be big (and it was). But one of the few they chose was a 22-year old headwaiter from Marina del Rey. Who knows? Besides other things, he was known for building good salad bars, and the new Mammoth Charthouse had TWO salad bars (clearly the place was built for volume). Thirty years ago the salad bar was still a novelty and a big attraction, and everything was fresh, and there was over 40 items. Putting a salad bar together, one that would last for hours and could withstand being worked over by ravenous customers and re-stocked by stoned surf-rats was a bit of an art. (They have no clue today.)

I also had the reputation for training waiters and waitresses (you can’t teach something you don’t know). The Charthouse system was demanding. There was an old saying; sometimes you have to “get on your horse.” Plenty of people can’t get on their horse. (That’s why I’ve grown tired of so many real estate agents.) Being able to “get on your horse” was the key to succeeding in a bad economy 30 years ago. Some things never change. Now if I can just find the stirrups. In that era, The Charthouse didn’t believe in tray service. The waiters had to carry the dinners out by hand: stack the plates up your arm and get them to the table. But you were never expected to take more than seven at a time. This would never happen today. And by-God you better serve the women first. And serve from the right and pull from the left (unless a random stack of ski jackets was in your way). And oddly, many of the waiters and waitresses I trained those first seasons were (out-of-work) Mammoth real estate agents.

One of the things I will never forget is the evolution of what I called the “gondola sandwich.” See, diners in Mammoth, especially in winter, are an entirely different breed than in a place like Marina del Rey or Westwood. People in LA are dining. There is no big hurry. Winter diners in Mammoth are hungry, and they want to eat now. My waiting style changed immediately. Delay the water and introduction and free them to attack the salad bar. And inevitably there is no way they could eat a 10-12-ounce piece of protein on top of it (especially if they gorged themselves on some freshly baked George Nicolosi squaw bread!). So what to do? Well, this was the era of slow lifts and long lines. So: “sir, slice that meat up and I’ll pack it up in some doggies bags with some of your favorite bread and you’ll have a gondola sandwich.”  Jeez, people came back for gondola sandwiches. Salad bar tonight, gondola sandwich tomorrow (what value!). Bottom-to-top in the old gondola was just about perfect to munch a leftover prime rib sandwich. Today, we’d probably skip the bread and make a mini salad. LOL

The other thing that stands out for me was something I heard many times back then, “See that place across the street, The Mogul, they’ll be out of business in no time.” I had no clue as to what or why, I was brand-new to town (and obviously they didn’t realize Rick Terrell was waiting tables there!). But I heard it many times in those first months. We know how that turned out, The Mogul is quite alive and well today. I’ve learned it’s some weird Mammoth thing, always anticipating somebody going out of business. I’ve heard that I’m going out of business many times. I think Jimmy Buffet wrote a song about this.

Mammoth really hasn’t changed much in 30 years. The lifts are better, and the view only gets better. It remains a microcosm of life, and it always reminds me of the famous line from Emerson that we can travel the world over seeking the beautiful but that we shall only find it if we carry it with us. It is an amazingly beautiful place.

“It’s tough to leave when you can’t find the door…. Life’s been good to me so far…” 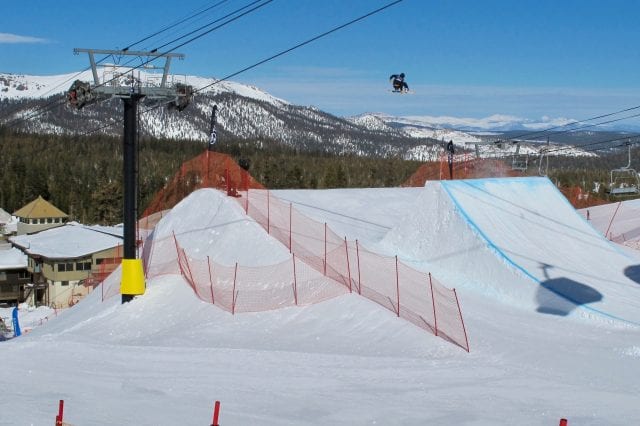 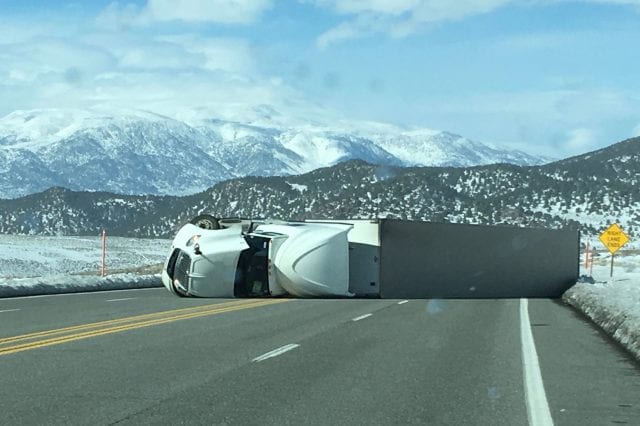 Maybe We Should Just Be Laughing at Ourselves. 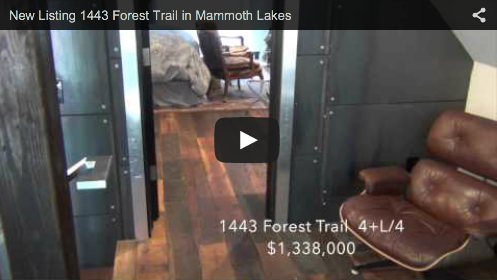