Dear Honorable Bankruptcy Judge (Who Will Hear Our Case),

There is so much you need to know. As a 30+ year resident, property owner and business owner of Mammoth Lakes, I would like to enter my own comments into the record regarding the Town’s filing for bankruptcy. There is plenty of information and misinformation on this topic in all sources of media today. The entity that today “owns” the judgment (MLLA) that is the root cause (the proverbial straw the broke the camel’s back) of the bankruptcy includes, from all appearances, a group of high-powered attorneys including some from New York City. One would only expect they would use their cunning to distort reality and influence The Court.

The most recent information that is particularly disturbing to me appeared in this past week’s issue of The Sheet (one of our local media outlets). The information appears on The Sheet’s highly influential (and read) editorial page. The quotes (arguments?) are from a former New York City bankruptcy attorney (and Harvard Law grad) who now works in “a firm that specializes in the trading of distressed debt.” (That brief resume translates to “very smart, powerful, VULTURE,” for me.) The Sheet reports that he is a subscriber. So he has some interest in this matter, and I doubt he is trying to capture the elusive triple rainbow at Rainbow Falls. In fact, he could be associated with MLLA. Mr. Vulture’s premise is that “he is very dubious about Mammoth’s ability to get into bankruptcy.” He is quoted, “Bankruptcy is not something that happens overnight or as a result of one or two problems. Everyone tries to blame their troubles on just one thing, but if you look deeper, you’ll find it is a culmination of years and years of mismanagement and neglect. At worst, the mismanagement is deliberate. At best, it is basic incompetence.”

Mr. Vulture continues his argument as to why Mammoth’s bankruptcy is bogus. He implies this is a “one event” scenario and that all of the cost cutting during the bankruptcy mandated mediation is pretended. He ultimately suggests (“guesses”) the settlement should be in the neighborhood of “Thirty million over 15 years at 4% interest would be a great deal for them (the Town). Great for who? (Sounds like he is ready to broker the deal.) And I’ll give him that he admits he has “limited knowledge of the case” based on newspaper reports (although The Sheet has probably covered the whole story as well as anyone). I encourage The Court not to rely on too many people advocating from positions of “limited knowledge.”

But the argument that this is a “one event” driven bankruptcy is quite interesting because he makes a calculated, but erroneous, argument. This is exactly what an outsider might think, or someone who hasn’t been close to the history of it all, or someone who just reads the (mostly) ignorant comments on some social media site. Or one who has financial interest in the deal. I will argue with The Court that this bankruptcy is indeed the result of decades of difficulties and challenges. There is reasonable argument for “mismanagement and neglect” and “incompetence,” but not all necessarily emanating from the Town. This bankruptcy is certainly not the result of a “one time” event, although MLLA is attempting to paint that picture. We know they’re trying to make it a “big time” event.

The Mammoth Airport is a contentious issue and has been for decades. But let me make some assumptions: Airports all across the world are critical for local commerce and a locally “progressive” society. In the United States it was decided decades ago that airports and the airlines are worthy of subsidy, much like subsidizing farmers, subsidizing the ownership of real estate, etc. Many airports have military history and/or provide critical public safety elements. I also need to propose an assumption about Mammoth Lakes. While most trust funders, pine-cone-eaters, or DWP employees don’t care if the town thrives or not, most people who make this their home need to make a living. That has never been easy. So there has been, and always should be, a drive to make Mammoth a more successful resort. For some that means serving breakfast with a smile, and for other it means trying to develop condos.

So Mammoth Lakes has desired for decades to become a more attractive and prosperous resort. This is not some “one time” event. The incorporation of the Town in the 1980’s was a direct result of the community wanting better control over that destiny. Mono County is a large, diverse county. The interests in the southern portion are quite different from the north. Maybe this is where the mismanagement and neglect started (so the real roots go back to the 1960’s and 70’s). But the people in Mammoth Lakes clearly decided upon this path. It’s all in our General Plan. In the early 90’s the County government was in a shambles. The State was raiding the coffers and the County could barely cover necessities like paramedic service. The County looked to rid itself of the responsibility of Mammoth Airport. What could the Town do? Mammoth Lakes as a community was publicly planning its future; North Village, “resort corridors”, Bikeway plans, public amenities, etc. The Town had to take responsibility for the Airport as part of the vision.

By 1997 the Town fathers realized it could tap into FAA funds to help make large and costly capital improvements at the Airport. At the same time, the Town was presented with an opportunity (via a development agreement) to have private enterprise take over the “fixed based operations” (FBO) of the airport by an experienced operator. Both parties took risks and had expenses. Perhaps more mismanagement and neglect, but at the time it looked like a win-win situation. And in retrospect, how much money would the Town be shelling-out if they were running the FBO the past 15 years? That would be a public outcry too. It isn’t a big money maker, unless lots of Gulfstream pilots top-off their tanks at inflated prices.

The Town tried to do everything right to make the Airport right. But Fish & Game shot down the cross-wind runway (but I do like catching tui chubs). The Sierra Club sued over everything and delayed air service for almost a decade (those defense costs alone could have bankrupted the Town). Then The Company in this company town exerted their position and influence too. After all, The Company would benefit the most from a successful airport and airline service, and they were becoming impatient. By the mid-2000’s our FBO partner decides to sue everybody, but the courts decide the agreement is between the Town and him. The subsequent jury trial becomes Mr. Vulture’s highlight of “at best, basic incompetence.”  The legal team representing the Town failed to adequately cross-examine the plaintiff’s star witness––the appraiser who claimed the “loss” for not being able to develop a timeshare (okay, fractional) condo project at the airport was $30 million. At the time of the trial there were two (the only two) bankrupt fractional projects in Mammoth (both with stellar locations). What a farce, what folly. A decent attorney can bring an appraiser to tears, it’s art, not physics.

After that the Town is convinced the Appeals Court and Supreme Court are the next course of action. It might have been prudent, but at the cost of $13 million? So part of Mr. Vulture’s “culmination of years and years of mismanagement and neglect” really is about trying to “do the right thing” but spending crippling amounts defending in court. And if it wasn’t the Sierra Club, or our development “partner” suing us it would be the Forest Service, or LADWP, or our U.S. Senators that love us so much, or some new pseudo-Eco-Nazi faction, putting up the impossible obstacles. Basically, it was all mismanaged because it is impossible to manage. But we have to be admired for trying. There are simply too many heavy-handed interest groups for this small town. And it has been this way for decades. Even worse, the ownership of The Company moved from longstanding “mom and pop” ownership, to a publicly traded real estate developer, to a Greenwich based equity firm. The judgment MLLA owns, and is trying to collect on, is only the tip of the iceberg on the High Sierra merry-go-round. The so-called “Accidental National Park” of the Eastern High Sierra has evolved to a Wilderness Area with roads. So much for the “one time event” causation. And after The Court decides there will likely be more litigation. This doesn’t end with bankruptcy, although it would be nice if The Court could make it so.

So your Honors, take mercy on our little town. Please do what is fair. But you’ll likely kick us in the teeth like all the rest. This has become the price we pay for trying to make home in one of the most special places on earth, but that is our personal choice. In the golden age of bailouts and victims, we deserve standing in The Court.

Meanwhile, beautiful summer weather greets the visitors who pour in-and-out of Mammoth Lakes to enjoy the spectacular scenery, vast recreation and relaxation. People continue to buy real estate, now only speculating (and dreaming) that they can spend an increasing amount of quality time here. Local residents are increasingly challenged to make it a viable home. Life in Mammoth goes on. And so does the karma in these mountains, and she’s a….

The Mammoth BK Kabuki Dance
The Restructuring Plan––Austerity Mammoth Style, Or Not? 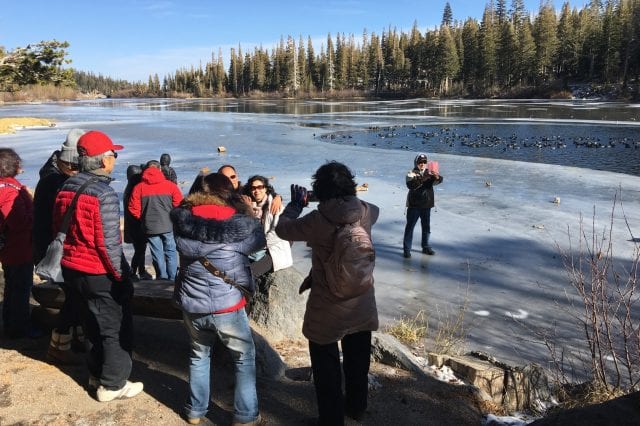 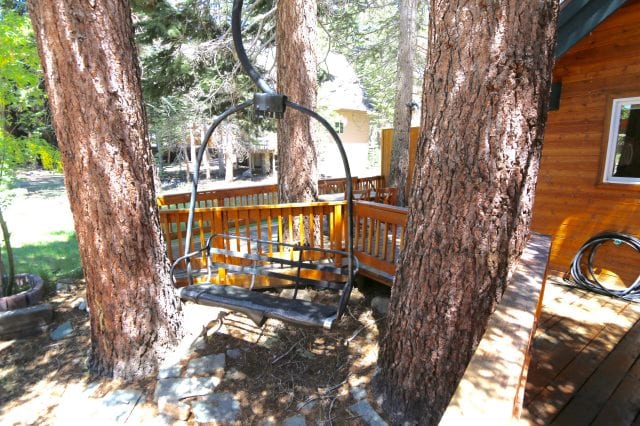 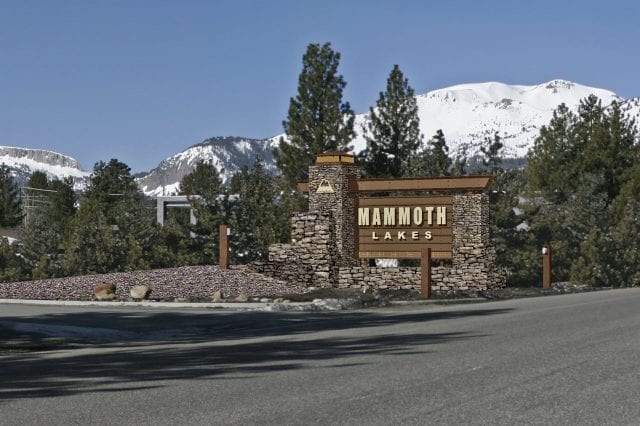