The volume of trustee’s sales and actual bank owned REOs coming to the market has been reduced down to a trickle here in Mammoth and the eastern Sierra. But there are increasing undercurrents exposing the true market AND what Wall St. believes the future of the real estate business should look like. And few market participants seem to be paying attention.

The national media and real estate specific news sources regularly report the decline of mortgage delinquencies and defaults that commonly lead to foreclosure. But each state is affected differently by their own laws pertaining to foreclosure and since 2010 many states have enacted new “consumer protection” laws which have created never-seen-before market conditions. Mammoth is certainly affected by the more recent California legislation, namely the California Homeowners Bill of Rights. This massive intervention in California real estate law and process has created a new class of “zombie homeowner,” and they are alive and well in Mammoth. What the short term and long term impacts are to this market remain uncertain.

Prior to the enactment of the Bill of Rights, many homeowners were offered loan modifications. Those early “loan mods” rarely reduced the principal amount of the loan, they simply changed the rate or term of the loan. These were prevalent with many local homeowners in their primary residences. Then there was HAMP and HARP and all the rest. Some of those original modifications have been altered again, and some became foreclosures. Then came the Bill of Rights enacted January 1, 2013. It forced (motivated) lenders to negotiate loan modifications with distressed and defaulted mortgagees. If an acceptable loan modification could not be agreed upon, the lender had to be agreeable to assist the borrower in a short sale. Only after exhausting those remedies could a lender foreclose. And lender were not allowed to “dual track” meaning they couldn’t be processing the foreclosure while negotiating a short sale, etc. The lenders and government have conspired to continue the “controlled burn” into an infinite future.

The underlying “hope” and strategy is/was for values to rise back to past levels where the owners are not “underwater” with negative equity and can liquidate and move on or live responsibly enough to make loan payments, pay their property tax, common area fees, and do reasonable maintenance on the property. And the powers-that-be have adequately created the illusion that there is equity on the horizon. Part of the steering/selling of large quantities of REO homes to institutional owners like hedge funds was clearly to take the massive supply out of certain markets (didn’t happen in Mammoth). And in many high-end markets the illusion has become reality; there are buyers at these ridiculously high prices. But as we are reminded, for every willing buyer there is also a willing seller. Many of the sellers are “kissing the ground” at the close of escrow.

But as the market begins to flatten out (including Mammoth) the hope and illusion are dissipating for those who with negative equity or who’s values are far below what they originally paid. Many owners are (including Mammoth) are now ready for change even if it means taking a loss. Recently we see it in the Mammoth market in various flavors; owners/sellers who’s listing states “owner will bring cash to the close,” or owners of multiple Mammoth properties listing their properties all on the same day (and the records show they are selling at or near a loss), or original Juniper Springs Lodge owners (from 1999) listing and looking to sell at close to what they paid for it 15 years ago. Most of these are owners can actually afford to take a loss. They have simply decided to head for the exits and be in the front of the line. But they’ve been hoping they didn’t have to.

Then there are the zombies. Most have been languishing around (and squatting) in the uncertainty caused by the Bill of Rights (the banks are moving so slowly). Some have clouded titles caused by the MERS fiasco, and some are stuck in the general malaise of mortgage/servicing industry and the next iteration of “solving the problem.” Any excuse to control the burn. Many of the Mammoth zombies aren’t so obvious because their homeowners association is still maintaining the property. And as time goes on many of us are, in certain ways, envious of the zombies.

The requirements of the Bill of Rights put many distressed homeowners into limbo. But most have had the opportunity to live in a home without making payments, for years. This is the new real estate inequality; some owners get to live in their properties without paying a mortgage or taxes. And oddly, while the legislature thought they were “saving” people’s homes from the evils of their lender, for some it is just prolonging the relationship with their albatross. This is especially true in the second home market. Meanwhile everybody continues to hope. The smart ones are making the best of it. Other owners are stuck in the “clouded title” fiasco. Literally, nobody can figure out who the true holder of the note is or who the beneficiary is. The mortgages were bundled, sold, “sliced and diced” almost endlessly under MERS (Mortgage Electronic Registrations System). I know one Mammoth owner who is in this limbo and he moved out of his home (more than a year ago) and is paying rent to someone else, all while his property sits empty. His “albatross” was a gift and he couldn’t see it.

The next nightmare is that the lenders are selling off their loan portfolios to Wall St. entities who are in turn turning the portfolios over to “servicing companies.” These formerly reputable companies have let most of the good people go and have low-wage (and mostly incompetent) workers running the show, or even worse have outsourced the operations to India. What used to be a rather fluid operation of professional asset managers working for the banks and quality property preservation specialists managing the properties and end-brokers (like myself) evaluating the property and marketing and disposing of the property all in an efficient manner has now been turned into a giant clusterf*ck. Nothing happens efficiently or effectively. Not for anybody. Time IS NOT of the essence. Where the actual “profit” is in this new way of operating is anybody’s guess. But plenty of zombie owners are squatting in properties while this circus finds its way.

It is anybody’s guess how many of these zombie properties there are in Mammoth. Or how many there will be. I can drive down the street and show you some. And now that the “hope” is slowly dissipating the defaults are certain to rise. But nothing will happen fast. And those in distress are catching on that this could, and likely will, go on for years. So why not become a zombie? And why try a short sale when you can just stick around? Or the albatross can always produce some rental revenue (collecting rent is nice when you don’t pay a mortgage or taxes). This is all such uncharted territory. And more and more affluent second homeowners who are losing hope (and tired of drought) are now willing to take a financial loss over the credit (and tax) hit of a short sale. Maybe they can offset it with some stock market gains. Ultimately, the zombie inventory is likely to grow and so will the inventory of “throw in the towel” sellers.

The “new” Wall St. method for disposing REOs is via online auctions. Our experience with this process is only getting worse. It isn’t good for the beneficiary or the property and quite frankly the buyer skates on thin ice too. And this may be the new model that Wall St. and the technocrats (like Zillow, Google, etc) believe they can use to break the century-old hold on real estate transactions by the local brokers. They obviously think that purchasing a piece of real estate is just like buying everything else online. Except there is no refund policy. And delivery isn’t free. If I was a younger man I would be scared. They are planning an outright attack on my livelihood. But however this goes down I intend to use my knowledge and experience in an opportune way. But the waters will be turbulent.

So this is how these online auctions work. The REO asset managers (mis-managers really) are somewhere out there in cyberspace. They could be in Mammoth or in India. They are likely to have hundreds of properties under their supervision and they lose focus quickly. And they don’t appear to have much experience in real estate matters. What is most important to them is getting the property exposed on their websites like auction.com or hubzu.com. There is a minimum bid as a teaser to attract a potential buyer’s attention but they won’t accept anything like it in the early months. It really is a fishing expedition. The properties are listed by a local agent (at a huge discount) so they get some photos and verbiage in the MLS that they can link too. The front-end services to the property are the bare minimum; locks are changed, maybe some trash removed and a vacuum, maybe winterized. And they seem less motivated to do anything the longer this goes on. Some even think they can market and sell a property while it is still occupied by the previous owner or tenant.

The bidding takes place online. The interested buyer can bid with or without a registered buyer’s agent helping them through the process (you should). And at this point in time very few buyers or agents have any trust in the system. And deservedly so. Buyers need to bid to the “strike” price or be patient. Low ball offers don’t work in the first months (this is a lot like why casinos are so popular). They are basically looking for the biggest sucker (and that may not work so well if the market softens). The bigger problem is that the ultimate transaction is all slanted in the favor of the seller. The buyer usually gets none of the normal contingencies like inspections or review of the HOA information. The deposit goes “hard” fast. The seller paid-for title and escrow are marginal. For buyers, it is like jumping off a cliff. Everything is in cyberspace, you can’t go “sit on somebody’s desk.”  And I haven’t seen the recent buyers get any “deals.” And at least in the past we were able to get the asset managers to get the property in reasonable condition. And there were the appropriate contingencies that a normal buyer should want (needs). And even worse the buyer agrees to pay a “buyer’s premium” to the auction company in the amount of 2 to 5% of the purchase price.

If this sounds like a rather unpleasant arrangement, this is the model that Wall St. and companies like Google hope to morph into the future of real estate transactions. They are hoping to get their part of real estate commissions. How this is all going to work out is yet to be seen. The powerful Realtor associations are watching closely. Their livelihoods are at stake too.

Stay tuned. The future of real estate is going to be nothing like the past.

Paul, How is Your Rating on Trulia and Zillow??
The Main Lodge Exchange: Speak Now Or Forever Hold Your Peace! 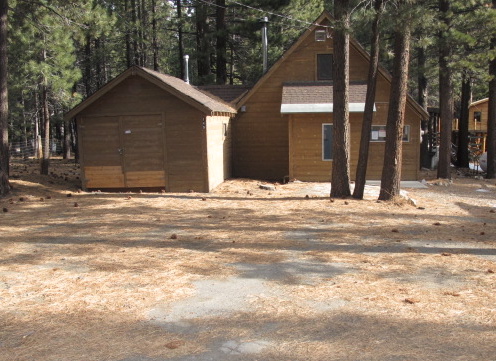 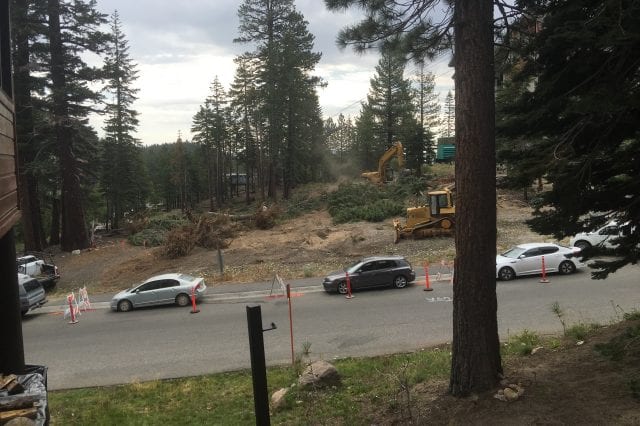 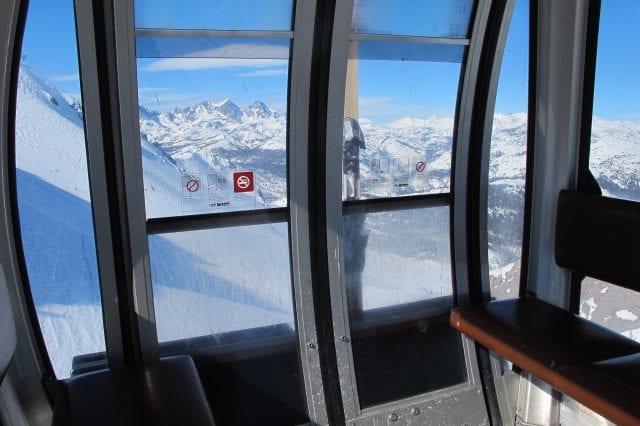