This Q & A was written for the Memorial Day Weekend 2016 issue of The Sheet.

Q: Our Mammoth real estate agent told us that a Town building official recently stated that “grandfathered” condos from the 1960’s and 70’s may soon be challenged, especially for their capacity on nightly rental programs. That is unnerving to us because we own such a unit and depend on the rental income. What is your take?

A: I was at that well attended meeting and was taking notes. A couple of the public officials were less than tactful (my opinion) in their presentations. But in this era of election absurdity this may be the new expectation. The meeting topic was centered around the new inspections derived from the Quality of Life ordinance (QOL) that was passed last fall. And more specifically the numerous compromised lofts that are so prolific in Mammoth.

The QOL requires transient rental properties (mostly condos) to be inspected prior to the issuance of business license. The official form is basically a punch list of health and safety items; from informational postings to fire extinguishers to leaky faucets, etc.. Item 12.M. pertaining to lofts is the big concern for the local real estate community. That item distinctly addresses “code compliant” head clearance, stairs and emergency escape routes or “rescue windows.” Lofts without this compliance are deemed “not intended for sleeping purposes.”

The problem is that there are hundreds of Mammoth condos that don’t (and can’t) meet this compliance. Most of these properties were built in the 1970’s and include many of the lofted units in the early phases of Snowcreek. The primary problem for many of these properties is the lack of a rescue window. It just wasn’t part of the original design. And there really is no way to add the required window to the property.

But this meeting left some real uncertainty for the real estate community and potentially affected owners here in Mammoth. But first we need a little history lesson. Mammoth Lakes voted for and was officially incorporated in 1984. The Mono County building records prior to that time are effectively non-existent.

I know it is hard for some to believe, but that is fact. Mono County in the 1960’s and 70’s was a sparsely populated county lacking funding and sophistication and could easily be described as “good ‘ol boy” in the way it operated. When I started in real estate 30 years ago the property deeds were hand-recorded in giant books in the main vault of the Bridgeport courthouse.

Because there are no building records (plans, engineering, permits, minutes of meetings, etc.) these properties have always been considered to be legal non-conforming or “grandfathered.” The approvals by the lead agencies all the way to the finale building permits and certificates of occupancy are basically implied. These properties have been used, appraised, financed, taxed, rented, etc. for decades. Yes, if the properties undergo substantial remodels then many of the non-compliant issues will need to be addressed. But some items simply can’t be.

So the uncertainty left at this recent meeting was what the future will hold for these affected properties. The current “exception” to the rescue window is a “common wall open to the room below.” Many of legal non-conforming condos have this common wall or opening (basically somebody could jump out of the loft and land on the lower floor). But the officials indicated that this exception could go away or have future requirements like an additional fire ladder from the loft. One local Realtor asked “What do we tell our buyers?”

What struck me was when the fire chief called the new inspection requirements “The Rules of Engagement.” Wow. Isn’t that a military term for determining actions against the enemy? So the owners of Mammoth condos with non-conforming lofts have become the enemy? That will give them a special feeling when they pay their property taxes.

Even worse was the new building official’s comment “Grandfathered items don’t have immunity if they didn’t conform (back) then.”  He even went on to say he “may be throwing the county under the bus.” Wow times two. None of this makes any sense to me. He even used to work for the County and knows there are no records. How can anything be proved or dis-proved? Don’t we still live in a country where we are innocent until proven guilty? And almost all of the players from that era are deceased. Or are so old they aren’t credible witnesses.

But this threat to the legal non-conforming status of properties in Mammoth Lakes is unquestionably “unnerving” to any thinking real estate owner or broker. There would be litigation all around. There would be provable damages in this era of lucrative vacation rentals. And the Town has had such great success with lawsuits that some aspiring attorney would assuredly summon a class action suit. This grandfathered properties are just part of the Mammoth legacy.

More history; Mammoth had a series of fires originating from the fireplace insert retrofits required in the 1990 ordinance. So now we have a new ordinance that requires safer installations and retrofits. This is costing many property owners thousands of dollars. But the end result should be fewer fires and less chance of human disaster. And Mammoth went through this process with propane meters and supply lines after lives were actually lost.

The public safety officials will argue that closing these lofts to sleeping areas reduces the risk of human disaster. That is their job. But how far do we go? It all becomes part of the “nanny state” argument. Let’s face it, far more people have been seriously injured or died on the ski runs than in any non-conforming lofts. Are we going to outlaw skiing now?

There are more unanswered questions with these older lofts. Some have limited headroom or main beams that don’t clear seven feet of clearance (I’ve bumped my head on a many of these over the years, maybe that is my problem). Today, these types of lofts are often utilized just by kids. But the “Rules of Engagement” say no. So are we going to allow variances? Will we require signs that state “Only people under 5’6” can occupy the loft.” Again, these lofts have been occupied for decades by transient renters.

The “Rules of Engagement” also state “Lofts that don’t meet these code standards shall be posted with a sign that the space is not intended for sleeping purposes.” So does that mean that the sign can be posted but the beds can be made and ready? And it is at the discretion of the renter to violate the ordinance?  After all, Mammoth has become infamous for having ordinances that aren’t enforced.

So meanwhile we’ll just have to live with the uncertainty of what the bureaucrats may decide. Sounds like the “Affordable” Care Act.

But this subject gets me thinking. What if an owner’s loft is now redlined as a legal sleeping area? Maybe a little redesign could preserve the full rentability of the property. Traditional living rooms in these rental condos have increasingly moved away from being a “sleeping area.” Yes, for decades there was the classic sleeper sofa with linens in the living room. But over time many Mammoth owners and renters have come to reject this as a viable sleeping alternative. That may change again.

Maybe these “illegal” lofts need to become entertainment areas with large screen TVs and game consoles and comfy chairs. People are still likely to pass out in the loft, but it won’t be a designated sleeping area. Alternatively, there has been an evolution in quality of sleeper sofas and other well designed living room furniture that truly accommodates a good night sleep. Yes, there is a privacy issue, but these lofts aren’t that private to begin with. And isn’t this the new sharing economy? If these lofts are somehow restricted then owners will just have to get creative. I see plenty of creativity coming…

And if the Town begins to arbitrarily claim some of the long standing legal non-conforming items in town as illegal then there will be chaos (and the attorneys will be the true beneficiaries). This is the first time I have ever heard a Town official want to head in this direction. Are owners of legal non-conforming properties now being considered guilty of something? It sounds like that is the intent. But there is no evidence of what happened. And the military/enemy connotation doesn’t help.

But if the Town wants to go in this direction I have a few legal non-conforming things I would like to see rectified. The streets in the Sierra Valley Sites (aka Ghetto) are a serious public safety concern (and potential disaster). They are far too narrow without clear sight lines. They are grossly substandard. They certainly aren’t adequate for fire trucks.

These streets are frequented by pedestrians and kids on bikes. Even with slow drivers it is dangerous. And the Town itself built high-density deed-restricted housing on these streets without any serious consideration to this public safety issue.

The Town will be compelled to go in there with eminent domain and bring these streets to modern standards; wide, straight, bury the utilities, etc. And sidewalks would be nice (better start applying for those grant dollars).

And there are plenty of streets in Old Mammoth that fall into the same category. And what are we going to do with all of the cul-de-sacs in town? They are a public works nightmare and don’t conform to the newer code.

The building that the Town offices occupy was built pre-incorporation. I walked through it recently and it doesn’t appear to be ADA compliant. And I’m sure there are host of other legal non-conforming issues that could be considered serious public safety concerns.

And what about Mammoth High School?….

If all of the legal non-conforming issues in Mammoth are somehow now going to be considered illegal, then there will be upheaval in so many directions. The private sector can’t just go and build new structures like the Main St. fire station. The Town and school district will certainly be seeking new taxes and bonds. The attorneys will salivate. And on and on.

Sounds like we’re headed in a wonderful new direction.

Real Estate Q&A To List or Not to List? That Is the Question
Mammoth Real Estate Q & A Taxation Without Representation …and Appreciation 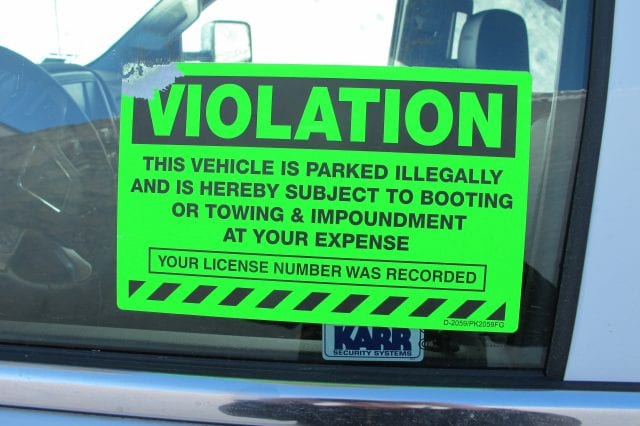