It has been a month-and-a-half since the announcement of the sale of the Ski Area. Not much has been said since the original announcements. At this point it is all facts and conjecture. There are plenty of both. Behind the scenes there has to be stacks of paperwork being pushed around. It is a massive assemblage of disparate financial entities. I’m sure there is a horde of attorneys working away. And since we have no idea what the new entity intends to call itself, for fun sakes and this piece, let’s call it Aspen/Squaw Resorts (I’m betting Mammoth won’t rate in the new moniker).

So here is my take on the sale of Mammoth Resorts. The facts point to a sale that will be very different than the sales to Intrawest in 1996 and Starwood Capital in 2005. There is no doubt that publicly-held Vail Resorts has been chasing a deal for Mammoth for some time, and for good reason. Mammoth Mountain and the loyal skier following is a notable chunk of the North American ski industry (it was recently announced that Mammoth has sold 40,000 ski passes for next year).

The common conjecture is that once all of these financial entities are assembled there will be an IPO at some point in the future. That means it will be taken to Wall St. and millions of shares will be sold to the public. Timing is critical to maximize the financial potential. And there may be a real sense of urgency. The IPO market is currently healthy, but that window of opportunity can close at any time.

The existing ownership entities are to likely maintain a certain amount of shares and control of the enterprise. It is clear that Intrawest as a public company will no longer exist. The fact is the Vail Resorts is the economic model. Recent SEC (Securities Exchange Commission) filings repeatedly point to Vail Resorts and their successful operation.

I recently wrote in my newsletter that all of these resorts in the new Aspen/Squaw Resorts alliance really need to band together and do this out of necessity. That is my conjecture. I quoted Benjamin Franklin; ”we must all hang together or most assuredly we will all hang separately.”  It was conjecture until I dug through some other SEC filings. In the 2015 Intrawest 10K filing, the report alarmingly stated, “We face signifiant competition.”

Here is the problem; the Aspen/Squaw Resorts entities all sit outside the publicly-held juggernaut known as Vail Resorts. Vail’s Epic Pass following now exceeds 650,000. Do some simple math; that’s ~$500,000,000 in annual ski pass revenue. Their stock price is at an all-time high. These resorts that make up the new consortium are getting their butts kicked by Vail Resorts. And some are also loaded with crushing debt (a public company is perfect for those who are addicted to restructuring debt).

But most of this may have happened quite by happenstance, or not. There are some facts which point to both. The recent 273 page SEC filing by Intrawest describes how the deal was formulated. The sale of Intrawest to KSL/Aspen was the first (and critical) step leading to Mammoth Resorts also being acquired/merged with KSL/Aspen. There were originally over 170 bidders interested in Intrawest including KSL and Aspen. Aspen originally only wanted certain parts of Intrawest (mainly the Colorado resorts), but Intrawest wanted to sell the whole company. At one point they were actually bidding against each other. Ultimately they agreed to join forces. It is the biggest deal in ski resort history.

The Intrawest sale is a total of $1.7 billion or $23.75 a share. That may be a premium considering just 18 months ago the stock was valued under $10 per share. Immediately following that Intrawest sale was the inking of the deal for Mammoth Resorts.

Mammoth CEO Rusty Gregory immediately started talking about the “$100 million” he now has to invest in the resort as part of the sale/merger. But oddly he was saying the same thing last summer. So the KSL/Aspen acquisition of Intrawest was happenstance? And ultimately Mammoth Resorts too? It is anybody’s guess. I’ll leave it to your own conjecture.

And as I have previously pointed out, I would think Rusty is a big player at the table. And why not?, we live in this new “Art of the Deal” era. Look at the leverage he had. If he sells Mammoth to Vail Resorts (they were trying to buy) then the remaining resorts are in far worse shape competing against Vail. Mammoth (and the customer base) is what puts the Aspen/Squaw Resorts deal over the top. He had tremendous leverage in the deal. I would bet he used it to his advantage.

Rusty has assured us that with the “sale” there will be an “acceleration of capital investment” in Mammoth. But this is a broken record. Nearly 20 years ago the original buyers at Juniper Springs Lodge (Intrawest’s first condo hotel development in Mammoth) were promised great things at Eagle Base. But what we got was a couple of plastic tents and some premium parking.

Now the caveat is that the community has to make some investment too. So my conjecture is Mammoth Lakes is in for some corporate conditional love and more deal making. Many locals residents believe nothing of substance will happen as a result of this sale/merger. But the Vail Resorts model is (should be) the blueprint for what is to come, and it shows they make solid capital investments in their resorts. So I’m foolish enough to believe Rusty this time.

Mammoth has already been through the private equity template of heavy debt and cost cutting. A publicly-held company model might be refreshing. Vail has proven it successful. Rusty was quoted as saying that the other parties of the new Aspen/Squaw Resorts considered Mammoth to be “the biggest growth opportunity in the United Sates.” Ironically, we heard the same thing in 1996 and 2005. The third time needs to be the charm (and who is going to resolve the workforce housing problem?).

Meanwhile, the man on the street is fearful that lift tickets prices will go up. But the season passes that will ultimately be offered will compete with Vail’s Epic Pass. Competition is good. The prices may actually come down. The market price will be found. And for die-hards, consider that for the price of about a dozen walk-up lift tickets at Mammoth somebody could own both passes. That could be interesting.

The most compelling question is what is the best way to spend the $100 million, to benefit Mammoth mountain and the community? Is completing the gondola system a priority? Making Canyon Lodge a worthwhile events center? A five-star hotel in Sierra Star? Making serious efforts to revitalize downtown? Hopefully we find out and the money is actually spent. We need to escape the Mammoth Malaise.

The recent Intrawest SEC filing has other some interesting Mammoth specific information. Left over from Intrawest’s era here in Mammoth, they still own (through corporate structure) 50% of Mammoth Hospitality Management. They manage the condo hotel front desk operations including those at Eagle Base (Juniper Springs Lodge) and the Village. In the reporting, the 50% ownership is valued at $22 million. That should wake some people up as to how valuable those “front desk” operations are. (These condo hotel properties are also extremely valuable to the community in the form of property tax and bed tax they generate.)

Also of note, Intrawest owns and operates the management and front desk at the Westin Monache (they were the original developer). All of this lingers from their business strategy of the 1990’s; develop the condo hotel properties and sell the units but “maintain a long term cash flow position in the property” by maintaining ownership of the management and front desk rental operations. Obviously the strategy worked out well.

So factually the new Aspen/Squaw Resorts entity will now control all of the condo hotel operation in the Village and Eagle Base. Conjecture would say there should be more bundling with air service and lift tickets. And cross selling through the resorts. The new airport terminal may become a priority.

There are other interesting items gleaned out of the Intrawest SEC filing that may give some insight into things-to-come. From 2013 to 2017 Intrawest only reinvested 8% of its revenues back into the company. Vail Resorts on the other hand reinvested 11% of its revenues. The difference over the period was $60 million. That model would be nice. It would be interesting to know how much of Mammoth’s revenue was reinvested over the past 4 years. Of course, the past 12 years they have believed servicing debt IS reinvestment.

Our ski neighbors to the north and future “partners” also have an interesting future. With increased capital in the pipeline, Squaw Valley and Alpine Meadows have a better chance of closing a deal on the small White Wolf ski resort that separates them. That acquisition would make Squaw/Alpine the largest ski resort in the United States. It would rival Vail Resorts’ Whistler Blackcomb.

And speaking of Whistler, the KSL asset sheet says they own 24% of Whistler. So how is that going to fit in?

So the moves by Vail Resorts of the last few years by acquiring premier resorts, selling incredible amounts of season passes, spreading risk, investing capital, etc. has made them a formidable competitor in the ski industry. The merger of KSL, Aspen, Intrawest and Mammoth Resorts is an “imitating success” inevitability. There will likely be another major resort (there aren’t many left) added to the group on the sheer basis of survival.

Where this leads is anybody’s guess. Hopefully change is good. 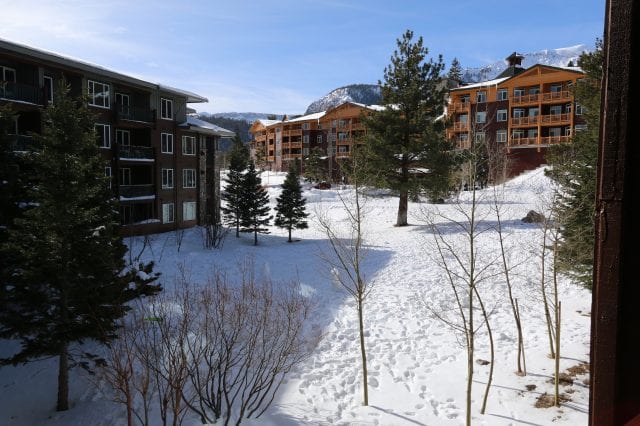 Why Pre-Selling Is Bad For The Customer