Ski Area Sells Again…Will The Third Time Be The Charm?? 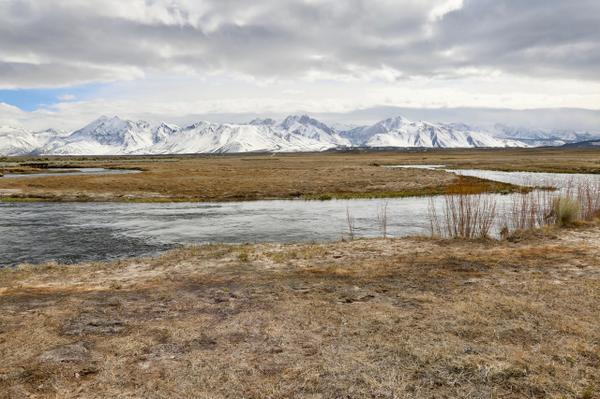 At the period’s end the condominium inventory is up four (4) to 97. There were 15 new condos brought to the market during the period. They are all essentially new to the market and throughout the spectrum of size, location, quality, etc.

The total number of properties in “pending” (under contract) in Mammoth Lakes is up one (1) to 68 at period’s end.  Of the 68 properties in “pending,” there are 51 in “Active Under Contract” status (formerly “back-up”).  The total number of pendings in the aggregate Mammoth MLS (which includes outlying areas) is up seven (7) for the period at 113….So based on these statistics the announcement of the Mammoth Resorts “sale” some 11 days ago has had a neutral effect on the local real estate market. So far. Most are trying to wrap their minds around what is happening.

Some of the condo sales of the period have clearly benchmarked some new highs in certain projects. The projects include Mammoth Green, Sunstone, Crestview and Heritage. A handful of other sales show softening in other areas of the market. There is no clear trend.
Three properties closed that have had thousands of days on the market (DOM) in the past 10 years. They include a duplex on Joaquin that I remember my company having the listing (same seller) some 11 years ago. It finally sold. Also, an Eagle Run unit that has been on the market hundreds of days under two different owners. And a home in the Slopes with a bizarre floorplan that was originally marketed in the ~$800,000 range and eventually sold for $595,000.
A house “flip” on Twin Lakes Lane closed for $520,000. I remember doing a property evaluation on this house some 20 years ago. It was basically abandoned and in a serious state of disrepair back then. It was some kind of estate issue/snafu. It has been an eyesore for all of those years. Now it is all cleaned up and remodeled and has a new owner. I’m sure the neighbors are happy.

Plenty of spotlights are being directed to the subject of workforce housing in Mammoth Lakes. Available housing has been extremely tight the past 12 months. Many employers have stated that they have attractive candidates to hire but the candidates can’t find adequate housing. And any expansion of the Ski Area operations or hospitality operation will certainly require more employee housing.
Mammoth Lakes Housing is working on an updated Community Housing Action Plan. I’ve been sitting on the working group. The dynamics have changed dramatically since the last Plan was completed in 2011. Back then the real estate market crash created significant opportunity to purchase in the town. But local residents were broke or couldn’t qualify. Today the local residents are in much better financial shape but the bottom end of the real estate market has been cleaned out. The inventory of decent and affordable properties is almost nil. It is unfortunate timing for those local residents who would like to own.
In the meantime, the government sponsored programs are lacking funding and there is a shortage of land too. It is a problem that the new owners of Mammoth Resorts are going to be involved with. If you read my latest Q&A (linked above) you will see that the hotel-type properties are in a real predicament for future development. Condo hotel development and pure hotel (one owner) are both in the high-risk category in mountain resorts. Future projects will be limited. But someone (new ownership?) is going to have to take the risk.
But the properties at the Main Lodge, the Village periphery, Eagle Base, etc. may eventually have more workforce housing incorporated into them. More than ever envisioned. And then there is the 24 acres at Shady Rest that is zoned for Affordable housing. It is yet to be seen how that will be utilized.
There is certainly no immediate solution. Last week I had a meeting with one of Mammoth’s largest apartment owners. I sold him his first building some 26 years ago. He knows the market as well as anyone. He has always been conservative and clearly understands that vacancies are the biggest landlord expense in Mammoth. I asked him where rents are right now. He said that rents are up slightly but they are pushing to the point where locals residents can’t afford them.
I’m supportive of the drive to attract the tech industry to Mammoth. But what happens if a bunch of young tech engineers with good salaries want to make Mammoth home?? They will push out the regular service workers the town desperately needs. Has the Ski Area thought this through?
Again, this is a problem the new owners of Mammoth Resorts will be compelled to deal with. Hopefully they have large sacks of money….
….And the new police station construction isn’t going very well. They were originally expecting to be moving in around June. Good luck. The basic roof construction has to be re-bid and re-built. Between the brutal winter and some apparent sub-contractor bungling, it is screwed up. The problem is none of the other interior work like electrical, etc. can be completed until the roof is right. And these Town people want us to be confident they can supervise a $10M ice rink construction job??
I’ll be back in three weeks.
Thanks for reading!