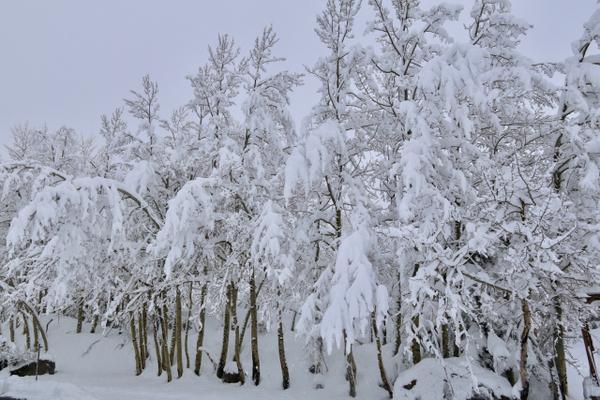 The Mammoth MLS is reporting 25 real estate closings in Mammoth Lakes for the period ranging from a low of $104,680 to a high of $1,750,000. Of the 25 closings 20 were financeable properties and 15 were financed including another two owner financed transactions. Twelve of the 25 sales were condos listed under $325,000. There were six (6) Snowcreek properties sold, three (3) at Mammoth Ski & Racquet, and two (2) vacant lots. The low sale for the period is a “deed restricted” condo; only verified Mammoth residents with “low” income are allowed to purchase (the listing produced many calls from crashpad seekers). This period last year there were 22 closings.

At the period’s end the condominium inventory is even at 93. There were 16 new condos brought to the market during the period. I researched these new listings looking for some pattern but found a broad mix of long-time owners, owners who purchased in the “heyday” of the mid-2000’s (and who are still “upside-down”), and some that had purchased in the last few years. This time last year there were 163 condos on the market. Two years ago; 162.

The total number of properties in “pending” (under contract) in Mammoth Lakes is up four (4) to 67 at period’s end.  Of the 67 properties in “pending,” there are 52 in “Active Under Contract” status (formerly “back-up”).  The total number of pendings in the aggregate Mammoth MLS (which includes outlying areas) is up 11 for the period at 106. This time last year the numbers were 55 and 90 respectively. Two years ago 46 and 68 respectively.

Mammoth’s whacky and record winter continues. The snowfall and water content numbers are all near, or above record levels. After this weekend’s storm the water content levels in the Mammoth region will certainly be impressive. And there is a week of rain in the long range forecast. The opening of Tioga Pass is now estimated for mid-July. We’ll see what impact that has on summer tourism.
Most of the spring break crowd has seen beautiful spring ski conditions. Last weekend was warm and the April 1st weekend had many skiers and snowboarders out in light outfits and costumes. That all changed this past weekend; Friday and Saturday were a wet and windy blizzard with a cold streak in between. All the dirty snow piles got covered in white.
Bed tax (TOT) collections in Mammoth Lakes hit an all-time record month in January (2017). The Town is well ahead of projected revenues for this fiscal year. That is good news because the record winter will cause extra expense for snow removal and repairs and maintenance. Road crews were already out filling pot holes during the recent warm weather. Mammoth’s roads are beat-up.
Meanwhile, the Town finance gurus (Town Manager and Finance Director) made a presentation last week to the Mammoth Lakes Recreation Board to spell out how the Town can come up with the dollars to build the Ice Rink/MUF. The strategies include a complete raiding of all recreation money saved from the past years and the immediate future and/or creating bond debt to be paid over the next 5-10 years. Without a completed EIR the project is still estimated to be around $10M.
The Town still appears full-tilt on the project. They see no need to put any of it to a vote of the public or query the local residents or second homeowners (neither probably look at their utility bills and see how much they are paying into these “recreation dollars” for the Town). They also don’t seem to care about the broad variety of recreation amenities and opportunities that will be displaced by committing such a large percentage of the budget to a facility serving a small faction of the community. And nobody seems concerned about the long-term cost of operating the facility. So far the Board has not made a recommendation to the Town Council. But they will soon.
The same Board wants to immediately spend beyond $500,000 on new trails in-and-around Mammoth. And what about the Town dollars needed to match the FAA dollars to build the new airport terminal (approx. $4M) or the vision of having a special events venue for events like Bluesapalooza (that bring large amounts of visitor money into town)? I guess we’ll find out in the months to come.
And so much for the Ski Area’s move towards better customer service. Last week I rode the chair with two of MMSA’s Race Department employees. They couldn’t even acknowledge someone else riding on the chair with them let alone be cordial. And I’m sure I was a MMSA season pass holder before they were born…..And one gentleman I rode the chair with complained that the Ski Area can’t even keep the restrooms clean anymore. I told him he should just pull off into the trees the next time.

Two single family homes sold in the $1.7M range and they are a tale of two homes; one sits on the rim of The Bluffs with spectacular views of the forest and  Mammoth Mountain, the other is right on Minaret Road with daily traffic flowing within a hundred feet of the living space. Yes, the second home is massive, but it is always interesting to see how buyers of second homes in this price range value locations.
The sale of a 2-bedroom at Juniper Springs Lodge for $440,000 will certainly set a new (recent) high. But the unit has a nice location overlooking the pool and spa area and lovely Sherwin views, but it is also beautifully remodeled with a new kitchen and baths and many fine details. If you know the cost of remodeling in Mammoth (and in a condo hotel building) this was a good deal for the buyer. Rumor is they won’t be renting.
​​​​​​​The six sales in Snowcreek were all over the board; seemingly lower prices in nice units in both Phase 5 and The Lodges and higher prices in Phase 3. Go figure.
And a nice Timbers unit closed for $915,000. These are beautiful townhomes located on the Sierra Star fairways. With all of the activity in the ~$1M price range it is somewhat surprising these properties haven’t retained better value.

The Town is also in the midst of another major real estate controversy. As part of the Main St. Revitalization efforts the Town has been promoting the injection of Floor Area Ratios (FAR) into the commercial zoning code. FAR are controversial in many communities that have implemented them, and for good reason — they can make new development extremely expensive.
FAR basically establish a building’s total allowable floor area to the piece of land that it is being built upon. Many of the properties in Mammoth’s historic commercial districts are built to a very low FAR. This has allowed for lower development costs and open parking and snow storage.
The proposed push would increase the FAR that would ultimately make developers and redevelopers build understructure parking, housing units above commercial properties, etc. All of that would make future development prohibitively expensive and unworkable. And when national entities like The Charthouse, McDonalds, Ralph Lauren/Polo, Coach, etc. have decided it is too expensive to do business in Mammoth Lakes, Does this really make sense?? And you know when they are proposing a multitude of “exemptions” from the FAR that the whole idea is a bad one.
At a recent Town Council meeting discussing FAR the local commercial property owners and business people clearly oppose any FAR regulations beyond the current zoning code. But Mammoth Resorts CEO Rusty Gregory is clearly the major proponent of the new FAR. He stated that “the capital markets are watching us.” Really? And they (people in New York City?) somehow believe making commercial development and redevelopment more expensive and restrictive in Mammoth’s commercial districts is going to solve any problems? But history has proven that whatever Rusty wants, Rusty gets. (I wonder if the “capital markets” ever ask him what he has really accomplished as CEO in the past 26 years.)
Dearing English’s letter in this weeks issue of The Sheet (page 3) suggests that the motive is to drive the value of the commercial property down in the Main St. Revitalization area so that the “big boys” can come in and buy it all up. Ms. English is a retired attorney who has and does still own property on Main St.
Former Planning Commissioner and development consultant Dave Harvey was the last to speak at the meeting and he stated that the Town “already has all of the tools” necessary to make the proper decisions. I agree. I was watching and was asking myself “What is the code not currently addressing?” Something isn’t right.
So I have a theory. It will be the topic of my next Real Estate Q&A.