This Real Estate Q&A appears in the Labor Day issue of The Sheet.

Q: The 2017 Mammoth Lakes draft housing plan states that one of the local housing problems is that second homeowners aggressively compete with local residents for the low-end housing. It also states that this is rather un-typical of mountain resort communities. Why do you think this is the case and is there anything that can be done about it?

A: Some years ago we developed the concept of “crashpad” condos here in Mammoth. Some thought it was a silly description but it was quite fitting for the market condition. For decades there was reasonable demand for simple second homes because the priority for many owners was to be outside recreating — that was the whole purpose of being in Mammoth (and it still is). For them it wasn’t about having a “trophy” home in Mammoth. It was quite the opposite.

The demand for those lower-end condos and homes wasn’t so great that it obstructed local residents from the opportunity to “get a foot in the real estate door.”

But then came the pre-sold cheap ski passes in the late 1990’s (we’ve gone from Gold to MVP to Cali4nia and whatever the next iteration will be). The massive interest in having a ski pass launched increased demand for lower-end properties. The new pass holders decided that since they had a ski pass that they needed permanent, efficient and flexible housing accommodations in Mammoth so they could come more often. Many also reasoned that they were skiing for cheap so they had to buy a condo. It was a bizarre phenomenon at first.

And initially most of these new owners kept the units for themselves, they didn’t want to be shut out when the ski conditions were great because their unit was rented. They wanted the flexibility to jump in the car and make the drive. Many wanted to be “first on the hill.” It became quite competitive for many of the ski fanatics. What made it work was having a small condo where all the equipment could be stashed and knowing the snow would be removed when they arrived and there was a good bed and a hot shower. A crashpad.

Ultimately this demand has created strong competition for the local residents looking for their own homes/crashpads, and many have inevitably purchased a much smaller home than they would really like. The whole scenario is certainly responsible for many local residents not purchasing at all and remaining renters, or simply moving away.

So the cheap ski passes combined with the “drive-to” aspect of Mammoth has created strong demand for the low-end condo market for many years. And now the Airbnb craze has driven that demand even further. And making matters worse for the whole situation; Airbnb has compressed the booking time for many local units. So units that in the past were exclusively committed to owner use now can play the “option” game. If an owner can’t or doesn’t want to make the trip they have the option of a last minute rental (often driven by those good snow conditions).

And even worse, many of these smaller units make great Airbnb rentals with solid ROI (return on investment) for their owners. They increasingly perform well in the off season periods too when these small units function very much like hotel/motel rooms. Would you rather stay at a 1-bedroom at Snowcreek or a room at Motel 6?? Condo owners on Airbnb have much greater pricing flexibility.

The great weather and snow reporting and webcams have only increased this last minute demand. And a great deal of that last minute demand is from pass holders who don’t have their own place. None of this is likely to change. The Ski Area recently reported that they have already sold 40,000 of these passes for next winter. So the numbers are big. And if the new ownership expands the available number of pass holders who have  “free” access to the ski runs, the demand could sky rocket.

The consultants working with Mammoth Lakes Housing on the 2017 plan are specialized in mountain resort communities including many of our competitors and new “partners.” They’re research has shown that in Mammoth the second homeowners / out-of-town pass holders compete against local residents through all price ranges in the market, not just the low-end. But the low-end is where most locals residents can afford. Their research also shows “second homeowners in comparable resort communities have typically preferred higher-priced, higher amenity units.” So Mammoth is somewhat unique.

But this pass holder crashpad problem arises not only in the ownership units but also the rental market. Local landlords can find these renters appealing; they typically have good jobs and income based in southern California and they can offer pre-payment of many months of rent as an incentive. And they aren’t typically heavy users of the property; whether the volume of “stuff” or days of actual occupancy. And most don’t bring their pets, that would just get in the way of getting to the Mountain.

An even worse condition is when local condos are rented long term and then used for short term/transient rentals. According to the housing consultants this has even happened in our local apartments. Many metropolitan areas have already outlawed this. And in the past few years many condos that had been in the long term rental pool have sold and the new owners have moved to short term rentals.

But the question is “Can there be anything done about this?” Probably not. This is the free market in action. The cheap ski passes have become a very successful business model for the ski industry. It is key to Vail Resorts massive success and has to be in the crosshairs of Mammoth’s new owners. It is all about Intrawest’s old business model of “increasing revenue per skier day.”

But there are other parts to the problem. The Hooper-style apartments, the fourplexes and triplexes built in the late 80’s and early 90’s are valuable housing stock in Mammoth for a variety of households. While there is vacant and redevelopment land where new buildings like this could be built, they don’t make economic sense. The permit and construction costs are just too high. If it made economic sense these units would be under construction.

So does that mean the rents have to rise?? Landlords who raise their rents beyond what local residents can afford end up with increased vacancies and that is a serious expense that erodes the bottom line. We’re pushing those boundaries now. Experienced local landlords know the value of keeping rents in line, but they will ultimately test the upward boundary.

And what if Mammoth does attract a bunch of new tech workers?? Then there will be a compounding problem. As Dr. Hettinger’s recent presentation so aptly explained, Mammoth’s real estate values are driven by out-of-the-area economics, namely those of southern California. That is where the majority of the money is actually made that pays for these second homes. Local rents on the other hand are driven by inside economics. There isn’t enough outside demand to truly affect local rents. But if the demand changes by dozens or hundreds of tech workers who make their income based on outside economics, then the current housing crisis could become catastrophic.

Another quandary of the market; the suppressed values of the past market cycle did give many buyers the opportunity to buy. But they also barred developers the economic opportunity to build new units, including condos, apartments and affordable housing units. So there has been no real increase in supply in Mammoth Lakes. Today, many second home buyers looking at condos have to consider older condos and the prospect of remodeling. Many of these properties would make good housing for local residents — more competition from second homeowners.

And if and when the local real estate values rise significantly, the developers aren’t likely to be building small units unless they are part of a luxury condo hotel project. The real profits are in larger properties. So all of the smaller and more affordable units that were built in the 60’s and 70’s should remain popular.

A recent survey from realtor.com is quoted “The housing shortage forced many first time home buyers to consider smaller homes as a way to literally get their foot in the door.”  That first rung on the property ladder is critical. Many local residents have been shut-out of that opportunity because of the nature of our community. Others unrealistically want a “perfect” home as their first home. There is no easy solution.

The 2017 housing action plan should ultimately influence the Town fathers and the Ski Area’s new ownership into some sort of motion. We are in the “bust” phase of affordable housing. And the real crisis appears to be in the middle-income affordable housing segment. Hopefully we get into a boom phase to the point of overbuilding again like the late 2000s. It would certainly help stabilize the community. We can only hope. 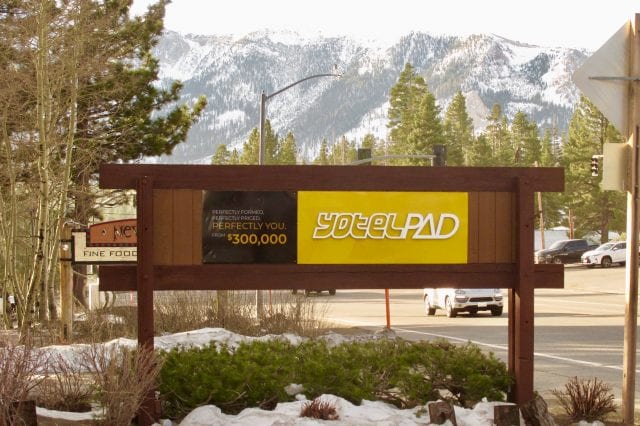 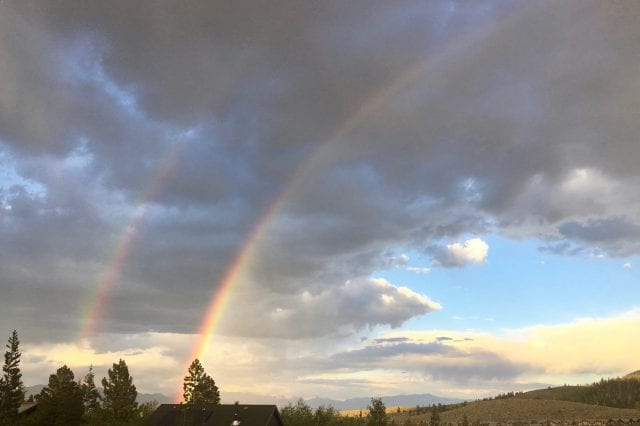 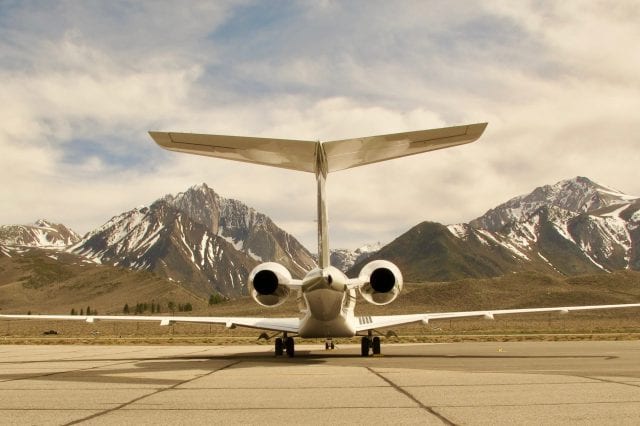 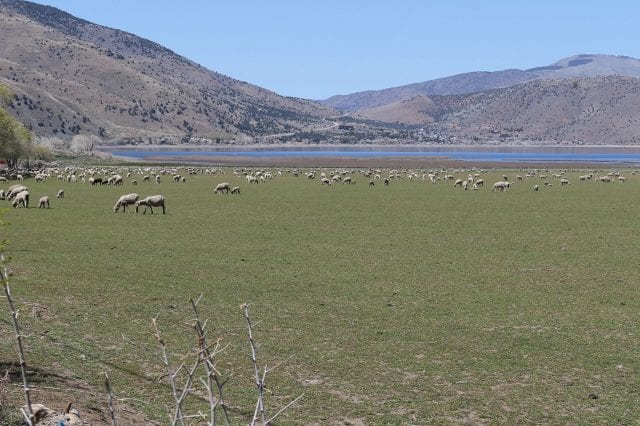