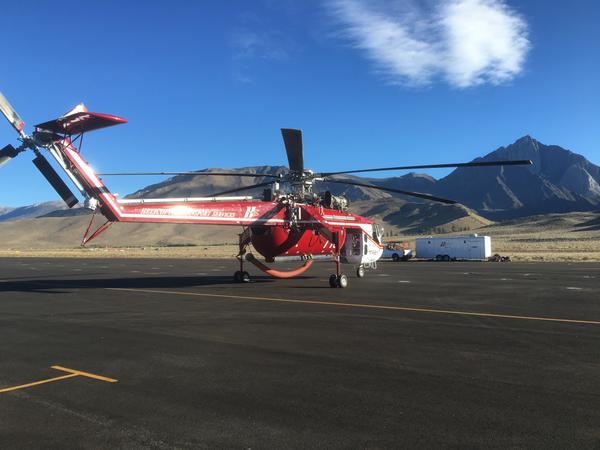 The  Mammoth Lakes MLS is reporting 18 real estate closings in Mammoth for the period ranging from a low of $150,000 to a high of $1,925,000. Of the 18 closings, 16 were financeable properties and
11 were conventionally financed. Ten of the 15 sales were condos selling under $400,000. The three highest priced closing were cash purchases. The 10-Year rate dropped to almost 2% and many lenders are now quoting mortgage rates close to the mid-3% range, even for re-finances. We just have to wonder how many cash purchasers of the past few years have turned and placed significant mortgages on their properties??

At the period’s end the condominium inventory is down 16 to 71 including one deed-restricted unit offered for resale by Mammoth Lakes Housing. There were only 15 new condo listings in the period and five (5) are already under contract and in escrow. So far the historic norm of Labor Day being the peak of inventory is holding true. The fall condo shoppers are likely to be picking through scraps unless more sellers get motivated. There are only nine (9) condos listed under $300,000.

The inventory of single-family homes is down seven (7) to 50. As predicted there were more price reductions on the residential side. As I always point out, there is just something about moving past Labor Day, the kids back in school and football games on TV that triggers the mind that winter and skiing are coming. Happens every year. This residential sellers that labored through the past winter are now becoming less greedy and more fearful of another big winter. There may be some good opportunities for buyers, or not. There are six (6) homes listed under $600,000 and so far they are sitting.

The total number of properties in “pending” (under contract) in Mammoth Lakes is up 12  to 87 at period’s end.  Of the 87 properties in “pending,” there are 72 in “Active Under Contract” status (formerly “back-up”).  The total number of pendings in the aggregate Mammoth MLS (which includes outlying areas) is up seven (7) to 117. Once again the most notable part of the Mammoth real estate market isn’t the volume of sales but the willingness of buyers to pay substantially higher prices for good quality properties. But some of the quickly sold new listings are starting to return back to the market after a few weeks. There may be a touch of buyer’s remorse, and of course some agents may be pushing too hard. Some properties aren’t appraising and buyers are walking.

The past two weeks met with more cooler weather and sporadic rain mixed with some forest fire related smoke. Most local residents are too busy to notice. The visitors are just glad to be here. Time to bring out the blankets and sweaters and start thinking about winter preparations.
The Gran Fondo weekend has come and gone. This was the Fall Century in years past. Bicycling Magazine calls it “one of the 10 best centuries (100+ mile ride) in America.” The event brings road bike riders from all over. And as they move out the mountain bike crowd moves in for next weekend’s Kamikaze Bike Games. These events provide healthy tourism for the post Labor Day period. But the weather can be an uncertainty. Cooler seems to be okay, cold and rain not-so-much.
​​​​​​​More and more potential buyers and sellers, as well as simple real estate observers, are asking about where the Mammoth real estate market is going. Of course they want my opinion. The recent purchase of the Mammoth Resorts by the new KSL/Aspen conglomerate has created extra enthusiasm in the market following the big winter. And many local Realtors® are using the acquisition to push buyers and sellers into activity. But where is all of this likely to lead? It is today’s $64,000 question in Mammoth Lakes.
I’ve covered some of the ground already but it is mostly conjecture at this point. I’m going to explore this deeper in some future column but here is where my mind is at right now; this will be the third sale of the Ski Area that I have experienced (there have only been three sales). These include the 1996 partial sale to Intrawest, the 2005 sale to Starwood Capital, and the recent sale. The local real estate market reacted differently each time. But the underlying determiner of how the market reacted was the national economic trends.
In 1996 the national economy was just coming out of recession, especially here in California and Mammoth who were impacted by military base closings and other factors. The local real estate market moved slowly after the Intrawest acquisition. In hindsight, purchasing Mammoth real estate in the 1996 to 1999 time frame was a golden opportunity. Even in early 2000.
In October of 2005 the Starwood acquisition, and all the hope and hype that came with it, launched the market into another 10-20% uptick. It was the crescendo of the Roaring 2000s and the national economy was hyperventilating. Very few were anticipating the upcoming crash. It was very reflective of the macro economy. Today’s values are still only 60-70% of the values of that period.

So where are we now?? The pundits will point to a strong stock market and low unemployment rate. Others suggest we are due for a recession. And others believe we are doomed. Wherever the nation goes the Mammoth real estate market is likely to follow….

The Town (as we predicted) is now struggling with the increased construction cost estimates for the Ice Rink/MUF (ahhh, the cost of construction with Mammoth’s snow load and seismic requirements). The roof estimate alone has increased more than $1M. The architectural firm is also recommending a minimum 10% “pad” for cost overruns. All of these additional expenses are in the “fundraising” category — above and beyond what the Town Council has budgeted. And the fundraising isn’t going very well. And increased cost estimates are bound to increase.
The same architectural firm estimated the new police station construction costs at ~$2M and the cost are approaching $3M with the project months away from completion. The Ice Rink/MUF cost estimates may approach $15M before we know it. And now there seems to be some dispute between the Town staff and the architectural firm…
Meanwhile the urgent need for work force housing is growing. My Q&A column  that appeared in last weekend’s The Sheet explored the link between cheap ski passes and the lack of entry level housing for local residents. Many local business owners and residents are increasingly questioning whether spending $10-15M for an ice rink and multi-use facility is the best usage of the money at this point in time. Many have come to realize the Ice Rink/MUF will create benefit for far fewer local residents than increased housing opportunities. And Mammoth really doesn’t need more tourism, and not at a steep cost.
A reader sent me an article that appeared in last week’s REAL ESTATE section of the Los Angeles Times. The article’s question came from a condo purchaser who felt “rushed” in reviewing the HOA’s information package —  they started reading the HOA info two months after they closed the escrow! The law firm partner who answered the question really complicated the issue (imagine an attorney complicating something?). So the reader asked me to respond.
In California, it really isn’t that complicated anymore. Thanks to a body of law known as Davis-Sterling that is now part of the Civil Code, every HOA is required to have a designated accumulator and clearinghouse of the HOA’s documentation. Here in Mammoth, almost all HOAs use their accounting firm for this task. During an escrow, the buyer receives a very detailed package of information, often 200-400 pages worth. But like anything today the reader needs to cut-to-the-chase. The imperative documents are the financial statements, the Minutes of Board and General meetings, the By-Laws and Rules and Regulations.
There are often lengthy (and State required) Reserve Studies that can be distilled down to a simple number; what percentage is the HOA funded for future replacements like roofs?? Most in Mammoth are 40-60% funded. There are also lengthy CC&R’s that are mostly boilerplate documents. A quick look at the table of contents should give you insight into items of importance.
But the immediate concerns should be how well the financial budgeting and operation of the HOA is, what they are talking about in their meetings, and what are the general operating rules governing the property that an owner may not want to contend with.
Further, the standard purchase agreement we use in California allows the buyer five days from receipt to review the documents. And they can request more time to clarify specifics. And the approval of the HOA is a contingency of the agreement. But ultimately the responder is correct, Read documents before, not after, signing. But there is no reason to make it more complicated than it is. 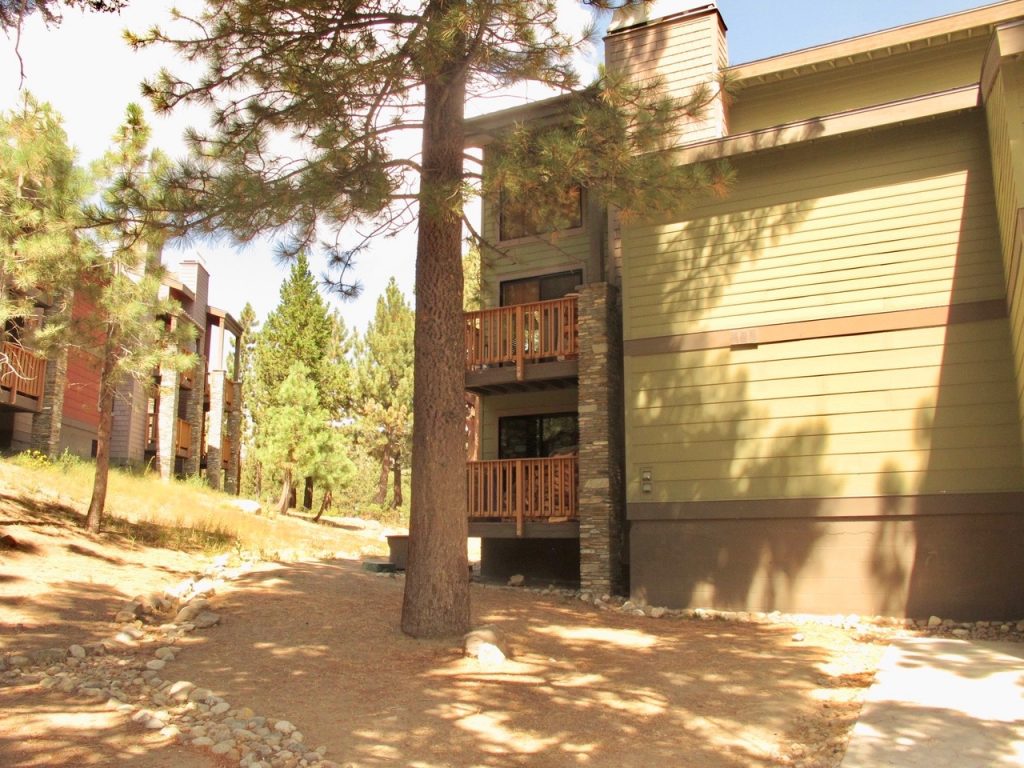 Most condos in Mammoth need some remodeling. But here is one where the work is done, almost. This is the first phase of The Summit. It is a downstairs 1 bedroom corner unit. But the corner faces
south (sunny) and looks into the nice residential neighborhood on Holiday Vista. It is away from all the commotion of the Eagle Base parking lot area. But it has easy access to the chairlift and also is right between the common area private spa to the west and the main pool, spa and fitness room of the project to the east. And while it does have understructure parking, in the non-snow months you could easily park out on the street below the unit.
The unit has been beautifully remodeled with new cabinets, granite and wood floors. The fireplace will need some retrofit. The project has brought propane into the buildings. Or a pellet furnace would be nice. Or wood burning is an option too. Sold furnished. Perfect for an owner looking for a unit to start renting immediately.
​​​​​​​Listed at $299,000
Listing courtesy of Charlie Daniels  Mammoth Properties​​​​​​​

More Airbnb craziness…. All sorts of Airbnb related websites and services are arising. One I like is “Learn Airbnb.”    It is all about “Airbnb host education,” from beginners and beyond.  A recent email blast of his latest column; “How to Get Landlord Permission to Host on Airbnb” is interesting.  Now this is exactly one of the problems our housing consultants have pointed out — renters converting their properties into nightly rentals. It has become a serious problem in many mountain resort communities. And now comes expert advice on how to get your landlord to buy-in to the idea..
The author doesn’t advise doing the rental in secret. He recommends getting permission first. He goes on the explain how short term rentals are more “risky” for landlords without any substantial gain for the landlord. So assuming you are a tenant in good standing, the author recommends offering the landlord an extended lease, higher rent or a percentage of the Airbnb rentals, and even pre-payment of rent. And you can also explain the Airbnb $1,000,000 insurance guarantee and offer to add your own vacation insurance.
And on-and-on it goes about how to persuade your landlord to allow you to rent via Airbnb….. The breadth and depth of Airnbnb education is becoming impressive. It has become almost faddish to have such a rental. And the support industry is seeing all sorts of opportunities. Some of it is valuable and some not.
​​​​​​​But for owners engaging in such activity or simply contemplating it, there are abundant resources to tap into.