Pre-Thanksgiving Dump Makes Good Conditions, The Ski Season Is On! 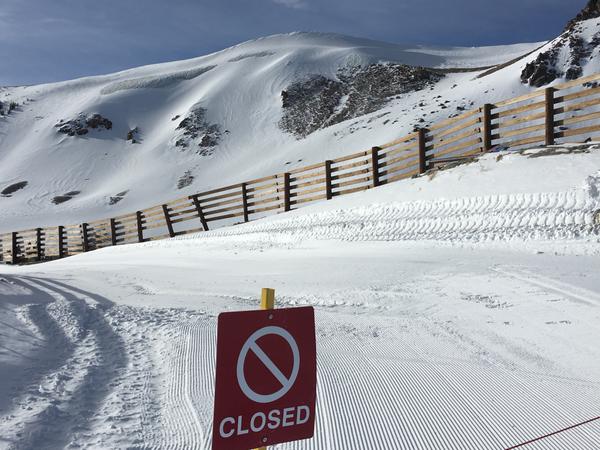 were conventionally financed. The closing stats show a trend in the market; nine (9) of the 18 closings were condos selling between $400,000 and $600,000. There simply isn’t much attractive condo inventory under $400,000. There was only one (1) single family home closing during the period.

At the period’s end the condominium inventory is up four (4) to 64. There were 22 new condo listings in the period and five (5) are already under contract and in escrow. The new inventory is scattered through the spectrum of condos, priced from $189,000 to $1,299,000. The least expensive units move fast. There was evidence during the period of buyers making “blind” offers; properties selling quickly and then coming back-to-the-market a few days later. Reminiscent of the heated REO period just a few years ago. There is strong condo demand right now but we are on the cusp of the year-end holidays. We’ll see if it lasts after the end of the year. Snow helps. This time last year there were 114 condos on the market.

The total number of properties in “pending” (under contract) in Mammoth Lakes is up three (3) to 58 at period’s end. But this includes two mobile/manufactured homes (which really aren’t “real estate”) and an airport hangar. So it really is a push from last period. Of the 58 properties in “pending,” there are 40 in “Active Under Contract” status (formerly “back-up”).  The total number of pendings in the aggregate Mammoth MLS (which includes outlying areas) is down two (2) to 109. This time last year there was 51 and 79 respectively.

The most profound part of the local real estate market is that we have begun a serious push/pull between buyers and sellers, especially in the condo market. The bottom end of the market has clearly moved upwards. Other segments of the market are somewhat more stable unless the property has some exceptional qualities like view, location, upgrades, etc. But sellers (and their agents) are convinced the whole market has moved proportionally like the bottom end of the market. Some sellers may have to be on the market for months before this realization sets in. Or not. If it keeps snowing it will be an interesting winter for the real estate market. And if the Ski Area’s new ownership starts any dialog about future plans that could impact the market. This type of hype is best done when people are in town. But in the Internet age they may rely on those resources. We’ll see.
​​​​​​​Mammoth experienced a minor “atmospheric river” this past week and it worked out rather ideally. The town had about 30+ hours of steady rain while above 9,000 feet it snowed heavy. The Ski Area will be in solid operation for the Thanksgiving weekend. Certainly nothing near full operation but well beyond just the snowmaking runs open. The conditions are quite good for early season. Perfect for people to get a few runs in and realize how out-of-shape they are. And motivate them to spend some money on new equipment or boot fitting, etc. The wet weather pattern is good to see and we hope it continues. But for those of us who remember February 1986, we know it can shut off at any time.
The Ski Area’s opening weekend has become an almost bizarre phenomenon. And this year was no different. A fairly sizable crowd showed for last weekend’s events and the opportunity to ski/ride on the two or three runs with man-made snow. They were booking rooms and condos, spending at the local retailers and eating and drinking at the local establishments. The buzz and enthusiasm was palpable. It certainly isn’t bad for real estate.
Last week’s Town Council meeting brought out some serious revelations about local housing and surveillance of transient renting. With the acquisition of the 24-acre Shady Rest parcel and other (smaller) ongoing housing related projects, the Council realizes they need to staff-up Mammoth Lakes Housing and that may include the need to hire a “rain maker” to lead the development process at Shady Rest. That parcel has the potential to provide hundreds of new deed restricted units including ~50 zero lot-line homes targeted for critical middle-income housing.
The Council seems set on an ambitious five-year program to develop housing and the timing is good considering the State of California has recently passed several bills supporting the development of affordable housing throughout the state. The Town has been very successful in the past at capturing valuable grants to develop housing, and now they will have the land. I would also expect to see a ballot measure or other maneuvering to add and additional 1% to the TOT (bed tax) to go specifically towards housing.
There were also two actions at the Council level pertaining to the enforcement of transient rentals and tax collection. The first was an enforcement case on a single-family residence in the Slopes neighborhood. This is an illegal rental. The owner has remitted back TOT and TBID taxes but apparently continues to rent the property. The Town is now seeking a legislative (Town Council) subpoena to seize the owner’s rental records. This is apparently much quicker than doing so through the courts. Eventually, if the records show the owner continues to illegally rent, the Town will pursue an injunction to make him stop. To say the least, the Town is finally getting aggressive.
Later in the recent meeting, the Town’s Finance Director announced that they were interviewing four companies for a new program referred to as “Online Rental Marketing Monitoring.” The final selection should be made by the end of the year and the new program implemented in January sometime. The new company will be scouring the online marketing of available (nightly rental) properties in Mammoth Lakes and matching those with TOT remittance. I can only imagine that Airbnb.com will be there first site to monitor. But the Town is finally getting aggressive. Owners beware.
Speaking of nightly rentals, a new service Hipcamp is the “Airbnb for the outdoors.” These camping opportunities and “camping” sites are on private and public land. With National and State parks overwhelmed by crowds, this service offers a wide variety of opportunities. This is about “tapping into untapped potential.” And they have recently been allowed to book camping sites on federal lands….All of this tells me there are some new, unseen opportunities in the eastern Sierra. I’ll be looking.

Closed prices continue all over the board. The smaller condo units continue upward. A south facing Studio at The Westin Monache closed for $275,000. It was just a couple of months ago I highlighted two similar sales in the ~$240,000 range because a buyer had a 1031 clock ticking and needed to close. Now we have catapulted beyond that. Just two year ago buyers had the chance to purchase a similar property for nearly $100,000 less.
The sale of a 1-bedroom unit at Season’s Four for $289,000. Wow. This wasn’t some highly upgraded unit with gold plating. And I’m not really that fond of the specific location in the project.
The sale of a 1 bedroom + loft / 2 bath at Horizons Four at $315,000 is also quite telling. I marketed a very similar unit for the most of 2016. It sold a year ago for almost $100,000 less.
The sale of a marginal  2 bedroom / 1.5 bath at Mammoth Estates for $549,000 is almost mind-numbing.
On the other hand, sales of larger units at Snowcreek I, Snowcreek II, Snowcreek IV, Snowflower, and Juniper Crest show no real upward movement in prices.
And in the Village, sales at Lincoln House and White Mountain Lodge have selling prices going both directions. 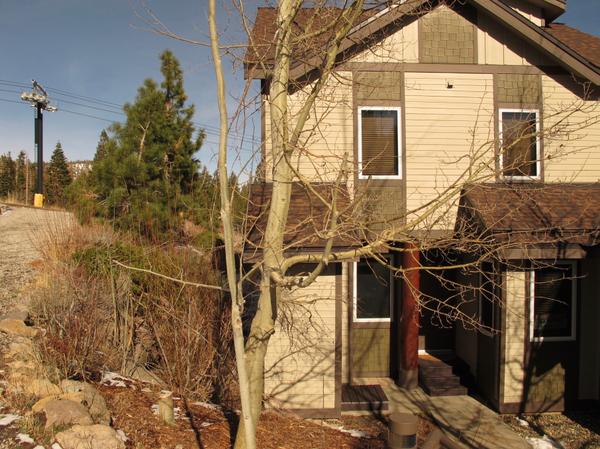 This is Eagle Run #115, a 2 bedroom 2 bath unit right on the ski run at Eagle Base. I have very fond memories at Eagle Run. I purchased a unit there when the project was only a year old and planned to live in it while I built a new home. Things happened and I ended up living there for three winters; 2004, 05, 06. Those were BIG winters and having immediate access to the ski runs was fabulous. Literally skied to my front door. Sometimes I think it would be nice to back there.
The project went through construction defect litigation and was awarded a major settlement. So in the past few years the project has been completely re-sided and re-roofed. So the exterior is like new. These are small but very livable floorplans. The trick is in the furniture selection and placement. The units have stack washer/dryer. Large understructure garage. Maybe the ultimate crash pad.
​​​​​​​Listed at $650,000
Listing courtesy of Mammoth Village Properties

The tax reform momentum in Washington DC has brought about many reactions. The National and California Association of Realtors (NAR and CAR) have nearly lost their minds over the proposals to limit the mortgage interest deductions (MID) and elimination of state and local tax (SALT) deductions. I’m still skeptical that all of this will pass as proposed, but the pundits seem quite positive.
​​​​​​​I’m already getting questions about how this may impact Mammoth real estate and more specifically values. Reducing the MID and/or eliminating the second home deduction could have some impact. But my guess is very little. Many, if not most, “pure” second homeowners have very little debt on their properties. There have been a large percentage for cash purchasers in the past few years and it is doubtful that they have put new loans on their properties. For many affluent types, second homes are a convenient place to “park” money and hedge against inflation. So the reality is most simply aren’t utilizing the MID. And reducing MID is unlikely to affect any local residents.
Eliminating the SALT could impact the market and motivate some selling. The “Local” portion of those taxes would include property tax. This could range from and few thousand to 10’s of thousands for local second homeowners every year. If they lose or limit their State tax deductibility and property tax deduction, who knows what will happen. Some may move out of state. Some may just find new tax angles. Some may sell their second homes.
Already there is the “Wall St. / Hamptons” theory/solution and that is turn your second home into a rental. This could be a likely opportunity here in Mammoth. And an almost obvious solution if the property is a condominium. And somewhat viable in the single family market too. Accountants can utilize losses and depreciation to make sense of the whole thing. I know for myself that there are options on how to react to any set of changes. With inventory so low in Mammoth some new sellers would be welcome.
​​​​​​​One thing that I have yet to hear discussed; if these proposed changes have fewer taxpayers itemizing deductions via Schedule A, the volume of charitable contributions could go down dramatically. That could seriously impact many valuable charities.
Thanks for reading!