The  Mammoth Lakes MLS is reporting 21 real estate closings in Mammoth for the three week holiday/end-of-the-year period ranging from a low of $175,000 to a high of $1,115,000.
Of the 21 closings, 18 were financeable properties and 13 were conventionally financed. There was one REO closing. There were two (2) residential vacant lots sold with seller financing. There were nine (9) condos closed under $400,000. The two $1M+ home sales were some of the last (and smaller) new homes built in Graybear II. I’m sure those new owners were glad to get in for the holidays. 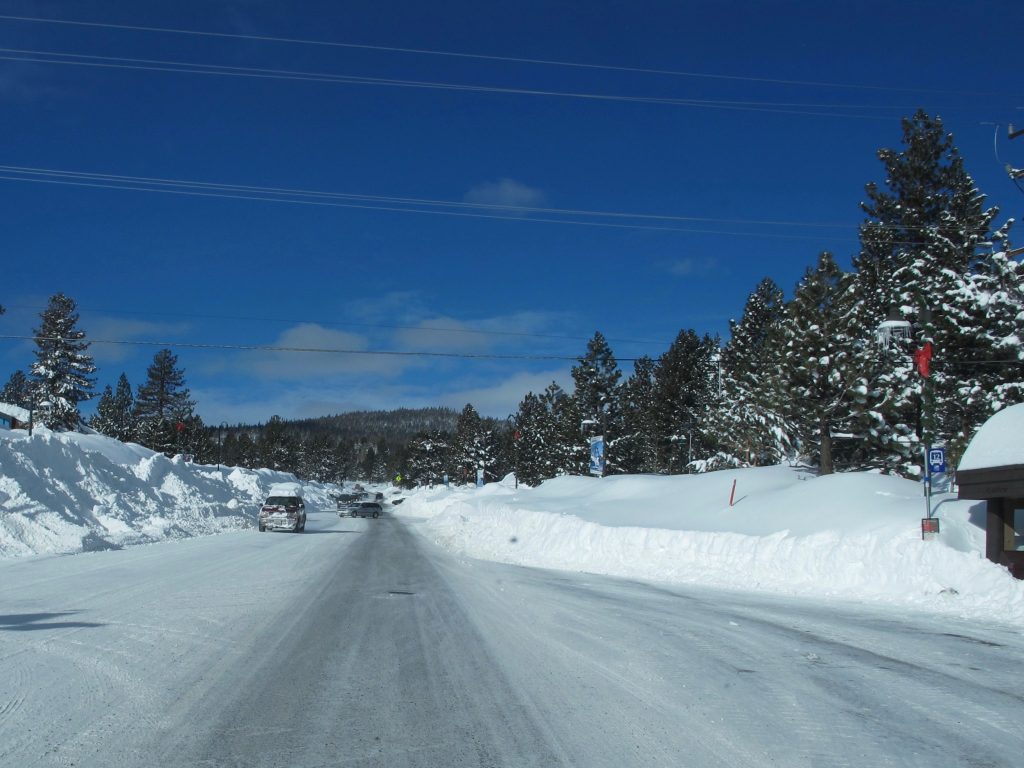 At the period’s end the condominium inventory is down three (3) to 52. There were 23 new condo listings in the period and nine (9) are already under contract and in escrow. The new listing prices are up. It is an odd time of year to list a condo in Mammoth; most properties are occupied with owners, guest or renters. This time last year there were 114 condo on the market.

The inventory of single-family homes is down seven (7) to 32 but that includes some expired listings. These homes will likely come back to the market. There are only 14 homes listed under $1M. This time last year there were 47 homes on the Mammoth market.

The total number of properties in “pending” (under contract) in Mammoth Lakes is down 10 to 42 at period’s end. Of the 42 properties in “pending,” there are 32 in “Active Under Contract” status (formerly “back-up”). The total number of pendings in the aggregate Mammoth MLS (which includes outlying areas) is down 20 to 61. The numbers may indicate the local real estate market is somewhat exhausted. It doesn’t feel like it. Now that the holidays are over and there is new snow in the two week forecast, I expect the steady activity to roll right into 2018. For those who missed it, this column ran in the Christmas issue of The Sheet. Mammoth condo values moved significantly upward in 2017.

More warm weather greeted most of the three week holiday period. What a difference a year makes. Thankfully we had those early storms to cover enough of the Ski Area for the holiday crowds. The precision snowmaking saved it from being a disaster. The crowd was never crushing like so many past holiday periods. And as expected, all three weeks were busy. On January 2nd I was astounded at how many guests checked-in at the adjacent reservation company in the late afternoon. I’ve never seen so many in such a short time. And now we slide right into another holiday weekend. But we need snowpack.
For those in the Mammoth real estate business, there is always a question of whether we should be somewhere else (like the tropics) during the holiday period. It is very crowded and half the people are sick with the crud. Inevitably there are numerous real estate inquiries that come through the various sources. But after 30+ years of doing this I know that most are simply entertaining themselves. After all, they are in the “shopping” mood (or is that mode?). The prospective buyers want to get into properties at the period of peak occupancy (we’ve never been able to show properties occupied by paying renters). The great percentage of it becomes a big waste of time. Luckily I have open escrows and listings that need attention to justify being around.
I was handed an article about Mammoth that appeared in the December 17 issue of the Orange County Register. Obviously the reporter wrote the article without actually visiting Mammoth. It was full of “fake news” and is the type of hyperbole and mis-representation that the community should be concerned about. And unfortunately some holiday visitors probably relied on it as accurate information. One local Realtor®/weatherman was quoted that “the upper mountain is in great shape.” Sorry. The Cornice bowl gets groomed almost every night but that doesn’t make the upper mountain “great.” There has been some good lines if you cut into Dropout. But from Climax to Dave’s and eastward has all been closed — not enough snow. Dave’s was good for a week or so early on.
​​​​​​​The article also stated that the Ski Area has 3,500 acres of skiable terrain. Not this year. Not yet. The article also implied that the half pipes were open. Hopefully nobody relied on this article for their vacation plans. The article also stated that the new “Mammoth Christmas Market”  was open at the Wood’s Site; “the setting has become a whimsical forest with a million twinkling lights.” I like the concept but unfortunately all that is there is couple hundred survey sticks. Some snafu prohibited the ultimate execution. But this is false reporting. It gives the community a black eye.
​​​​​​​And still nothing new from the KSL/Aspen ownership group despite local reporters trying to dig into the subject. I don’t believe the rumor they intend to name to new conglomerate “Blockchain Resorts.” They have claimed that they do not intend to take the conglomerate to the public market. But we’ll see. One of the changes the new tax reform brings to corporations is the reduced deductibility of interest. This is going to be interesting. Especially since these owners have a history of piling massive amounts of debt onto the enterprises. And Rusty Gregory is the new “vice president of strategic planning” and he loves debt. The new corporate tax reform may compel them to take the conglomerate to the public market. But for now the new ownership has meant nothing for Mammoth, except higher real estate prices……
My recent inquiry of the Town Council’s “closed session negotiations” with the property owner at the corner of Old Mammoth Road and Minaret Road became obvious once I read the Public Works staff report for a meeting scheduled Dec. 20. The Town wants to begin negotiation and/or the eminent domain process to link the Town bike path from the termination at the very southwest corner of Mammoth Creek Park to the termination at the corner of Old Mammoth and Minaret (near the original “Snowcreek” sign). The project is known as Mammoth Creek Gap Closure.
The land (or easement) needed is parallel to and between Old Mammoth Road and Mammoth Creek. The two sections are owned by Mammoth Creek Condominiums and the long time owner of the “Lizza” property.” There is an existing dirt trail that is heavily used by the public. The staff report makes a sound argument for the “public safety” need for linking the paved bike paths. Included in the argument is the blind curve on Old Mammoth Road. Ironically, the EIR for the Ice Rink chose to completely ignore the public safety concern of the same blind curve where the only entrance/exit to the Ice Rink facility is located. Clearly, Mammoth Lakes Public Works only sees what they want to see.
​​​​​​​The negotiation/eminent domain process shall be interesting. These strips of land are unbuildable simply because of setback regulations. The new bike path usage wouldn’t be much different from the way it is being used today. There is strong argument the strips have little economic value to their current owners. Regardless, the linkage of the bike path in this location would be of great benefit to the community. And yes, it would improve public safety in this immediate area.

Two sales at Eagle Run (including a recent Favorite New Listing) at $582,000 and $625,000. Both 2 bedroom / 2 bath units. The higher priced sale was right on the ski run. Both were purchased with conventional financing. What is truly amazing is that after years of construction defect litigation (and no financing available) and after all new roofs and siding, the values in late 2017 are almost identical to the values in 2003.
Two residential vacant lots that I would consider “substandard” closed. One is in the “depths” of Old Mammoth and one in the Mammoth Slopes. Can’t wait to see what people build on these lots. Interesting choices for sure.
The two high sales of the period were some of the last Graybear II homes. These are the smaller floor plans but surrounded by larger more expensive homes. And they are still in the Resort zone and available for nightly rentals. New homes have now started in Graybear III.
Not a closing but certainly bizarre and somewhat noteworthy….A buyer offered on and came to contract on one of my listings. The buyer was doin
g a 1031 tax deferred exchange from a commercial property in Los Angeles that is in escrow for over $2M. Ultimately the buyer had to cancel because he couldn’t come up with the $10,000 escrow deposit…. 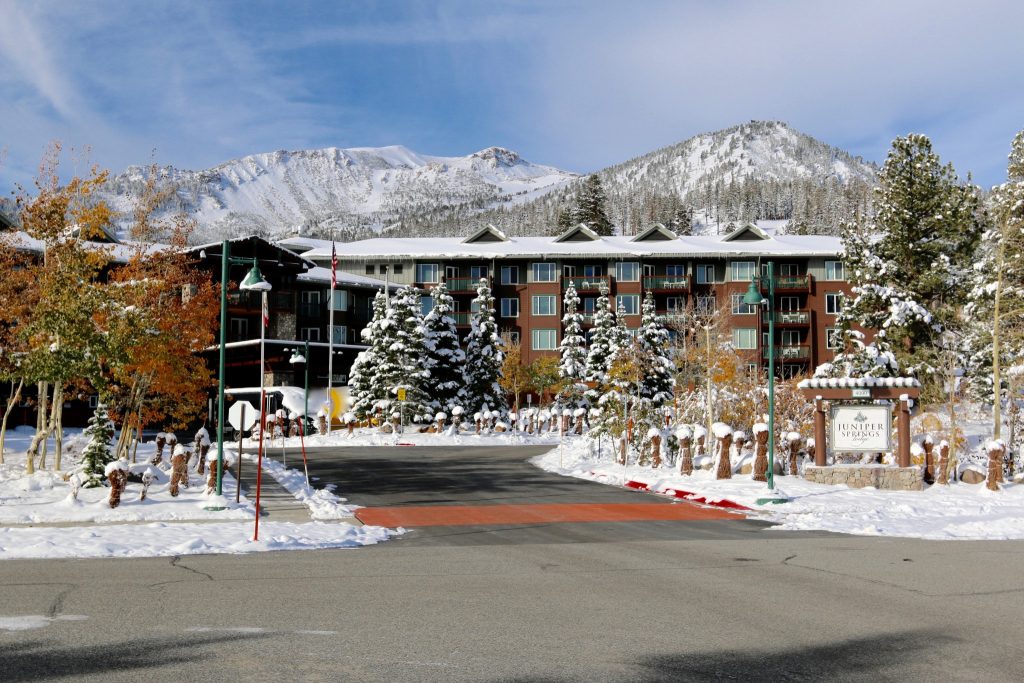 Hard to believe Juniper Springs Lodge is almost 20 years old. The property has been well maintained and improved over the years.

In my opinion it operates better today than it ever has. The units are still smallcompared to the condo hotel units in the Village but many owners at JSL have done some creative remodeling to make them more functional.

So unit #330 (2 bedrooms  / 2 baths) just came to the market. It is located in the “horseshoe” of the building with views up to Mammoth Mtn. and the Mammoth Crest. This location is quiet; not overlooking the ski run nor the pool area. It is also a perfect spot for kids to play in the snowpack and for parents to watch. It is also close to the “back door” at JSL for easy (non-elevator) access to the ski run. This specific unit generated $57,000 in gross rentals in 2017. And maybe someday they will redevelop Eagle Base.
​​​​​​​Listed at $435,000​​​​​​​
Listing courtesy of Mammoth Sierra Properties

With the holidays over, tax reform completed, tax filings on the immediate horizon, and CPAs and other tax professionals “coming to speed” on all the new regulations, the ramifications will soon start to show. While some larger paychecks will be nice for many, those with higher incomes and real estate ownership may be in for a shock when they file their 2017 taxes and their accountant shows them their proposed filings for 2018. Or not. It could all depend on how things are structured.
So far nobody appears suicidal but I suspect changes are in the offing. It is going to be a fascinating 2018.
The California Association of Realtors® (CAR) will be spearheading a referendum (and spending mucho $$$) to make the “portability” of old real property tax bases for senior citizens a statewide mechanism. Right now the “landing” county has to be a reciprocal county. Mono County (Mammoth) is not a reciprocal county. Neither is Inyo County (Bishop). Most of the less expensive rural counties in California are not.
The leadership at CAR believes that statewide portability would spurn many seniors to sell their nicely appreciated and low-tax-based properties and move to more affordable areas within the state. In theory, that would make more properties available and create more purchasing opportunities for others. The new federal tax reform did not change the $250,000/500,000 capital gains exemption from the sale of primary residences. That helped.
​​​​​​​But the new federal tax reform may have many California seniors wanting to move out of the state entirely. And CAR faces a major opponent in the proposed referendum; the State Board of Equalization. CAR has already taken money out of my pocket for the campaign (not by my choosing).
​​​​​​​But making the eastern Sierra counties part of the property tax reciprocity could make the area more popular with seniors and retirees from southern California.
One thing for sure, all of these changes in taxation are likely to cause movement. And the real estate industry loves movement.