It has been almost a year since the since the announcement of the sale of Mammoth Mountain Ski Area (MMSA) to the new ski industry conglomerate now named Alterra Mountain Company. This is the fourth iteration of MMSA ownership, and the previous three proved to be quite different. And so far, this ownership is starting out quite different also. And I hear questions or comments every day like “When are they going to do something?” or “What are they going to do first?” or “They aren’t going to do anything!” and on and on.

And Rusty Gregory’s “$100M in capital investment” promise is echoing off in the distance. Will it really happen or will it go by the wayside like the Main St. Gondola, the Mountain zip line from the top, and so much other CEO bombast?

Alterra’s new and recently announced Ikon Pass offering designed to “compete” with Vail Resort’s Epic Pass is already a confusing rollercoaster.  The original offering shunned the Mammoth faithful, forcing the regulars to buy the full Ikon Pass ($899). Gregory explained “we spent a lot of time looking at travel patterns of current and former products and built the Ikon Base Pass ($599) based on where those guests are going, and how often. We also balanced the guest experience and the desires and needs of each destination and picked a number that could serve a lengthy vacation and regular days in the mountains.”

The Mammoth pass holders appeared to have gone from MVPs to the load-bearing oxen. But within 10 days the company made an about-face and included unlimited days at Mammoth with holiday black-out dates. So much for their detailed business analysis. I guess Mammoth can look forward to more of that in the future.

But the different forms of ownership make for an interesting perspective on why things are the way they are and may give us some insight into where we may be going. And for now I’m thankful to have lived, and been a pass holder, and a business owner, through all four ownership periods.

The Dave McCoy era is well documented in books like Tracks of Passion and Mammoth The High Sierra Legend. It is a classic 20th century story of true passion and determination and grit. I see Dave McCoy as the Santa Claus of skiing. He just kept bringing better and better toys by taking risks and pushing the proverbial envelope. There were successes and failures but it never seemed like the decisions were about “business.” It was about getting more and better ski runs which equated to good old fashioned fun.

But I do remember him being accused of making “business” decisions. One old local resident (who didn’t ski) used to say that Main St. was “designed” to have giant walls of snow so that the businesses couldn’t be seen by visitors and that the walls of snow just continued on to eventually shoehorn the visitors right to the Ski Area where they would spend their money. I never really bought into this. It sounds more like something Rusty would do than Dave.

I also remember in the summers of the 1980’s (when town was deserted) the big talk around town was ”Did Dave get the loan?, Did Dave get the loan?” It was a big deal. He needed a couple million dollars to build a chairlift or make other capital improvements. The work would employ people and there would be a new toy to play with. This was long before pre-sale passes. If Dave had figured that out, he might still own the Mountain. And I hear many people yearn for those days of the McCoy’s ownership.

But ultimately the enterprise became too much for one man or one family to manage. And drought and recession (1987-1991) opened the door of opportunity for others. Like it or not, the era of family-owned ski mountains has been displaced by publicly held corporations and private equity operators.

The Intrawest era began in early 1996. They were a true publicly held corporation that essentially partnered with McCoy. I still have a copy of Intrawest’s 1996 Annual Report. That was the year they acquired the first 33% of the Mammoth ski assets and all of the developable real estate that was deliberately assembled and owned by Mammoth Mtn.. That included the core Village properties, Eagle Base and most of the Lodestar (Sierra Star) developable lands. The Annual Report’s cover has large hologram letters that say “LOGIC” and “MAGIC”.

Inside the Report is a centerfold-type image of “cogs in the machine” with the title “How We Make Mountains Move, Shifting a Mountain Resort Into High Gear”. A ski mountain with a village creates more skiers and more real estate and more facilities and more visitors and more real estate value and more mountains….All while being aligned with the baby boom demographic wave moving into their prime (discretionary) spending years. And in the next 10 years Intrawest shifted Mammoth into high gear. It was a time of unprecedented change only rivaled by the 1970’s boom here in Mammoth.

Intrawest developed the first (and today, the only) condo hotel properties from Juniper Springs Lodge to the Westin Monache. Today, these properties provide critical bed base for the resort but also generate significant volumes of bed tax for the municipality. Intrawest also developed other condominium projects at Eagle and in Sierra Star.

One of Intrawest’s little known goals was to create a college curriculum focused on hospitality and ski resort management at Mammoth’s new college. It was a brilliant idea. Mammoth was their only resort that actually had a physical college. The idea was to bring students from all over that were interested in the field. In turn, they could recruit the best prospects. And all-the-while the committed students would also be working in town, on-the-job learning. But the concept faded as Intrawest sold out in 2005. It may be a program Alterra could see value in, especially if they find it hard to find quality employees.

And Intrawest were master marketers in this era. The illustrious “selling is the transfer of enthusiasm” mantra. Selling real estate was the ultimate goal but they also made Mammoth into a new brand and brought an entirely new way of resort thinking into the community. Not all of it was necessarily good, but the 10 years under their influence profoundly changed Mammoth, both the Ski Area and the community. And while there are those that argue they liked Mammoth the “way it was,” the change was needed.

The reasons for Intrawest’s departure are still a small mystery. Were they that prescient to see the collapsing real estate market that came only two years later (after all, they were some very smart real estate guys)?? I know personally that they found the high cost of development and construction in Mammoth Lakes to be a concern. And there are those that point to conflicts between the Intrawest leadership and MMSA CEO Rusty Gregory. Regardless, in October 2005 the majority of the ski area assets were sold to Starwood Capital.

With Vail Resorts chasing the Mammoth assets, the decision was made to sell to a private equity group led by the legendary Barry Sternlicht. He was known for building the Starwood Hotel chain into a monster, and the promise was that he would make Mammoth “heavenly.” We’ll never know for sure, but it was likely a fateful turn of events.

Starwood put their development hat on. They immediately went to work on plans for the new “W” hotel where the Village parking lot is today. And well-known The Staubach Company was processing plans to build the Ritz-Carlton Residences next to the just-being-completed Westin. Local real estate values jumped another 10-20% to all-time peaks. But before any shovels went into the ground, the economy and all the grandiose plans came tumbling down.

With development opportunities out the window, the enterprise moved into classic private equity style of business operation. The focus became stripping out any and all unnecessary expenses or services and paying off large amounts of debt. The annual “updates” from the CEO became all about the success of servicing and “restructuring” massive amounts of debt. And admittedly, even “customer service” was stripped out of the business plan (that will work well in the future to attract customers from resorts like Aspen and Deer Valley).

CEO Gregory was originally quoted that Starwood’s ownership horizon was five to seven years. It lasted 11. After the economy sunk in the late 2000s, Mammoth experienced two banner winters and then came four drought winters. Drought and debt service meant nothing really happened here in Mammoth through the Starwood ownership period. A couple of chairlifts got rebuilt but that was necessary maintenance. And the Mountain crews got very good at making snow.

But once again, recession and drought opened the door for financial and structural maneuvering. And now we have Alterra Mountain Company. The original conjecture was the company would go public. Now they are saying that isn’t the case. But we’re already learning they change their minds.

One factor might be how many Ikon Passes they can actually peddle to the market. And can they take some of Vail’s Epic Pass clientele? The modified Ikon Base Pass is pretty darn attractive at $599, especially if skiing the prime holidays isn’t an issue. It is a whole bunch of new mountains and terrain that the Epic Pass holders may find intriguing.

And we’ll have to see whether they want to continue operating in a private equity style or if they want to emulate Vail Resorts and make real capital investments into the resorts. And hopefully they don’t change the basic day-to-day operations at Mammoth Mountain. We certainly don’t want to go backwards. 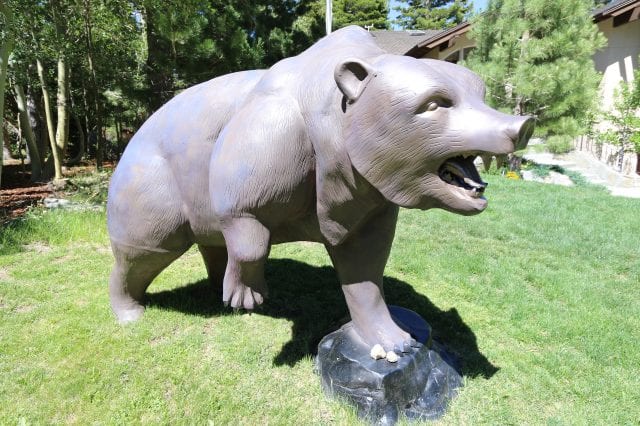