Real Estate Activity Accelerates After A Pause, Vacation On Tap For Most Local Residents. 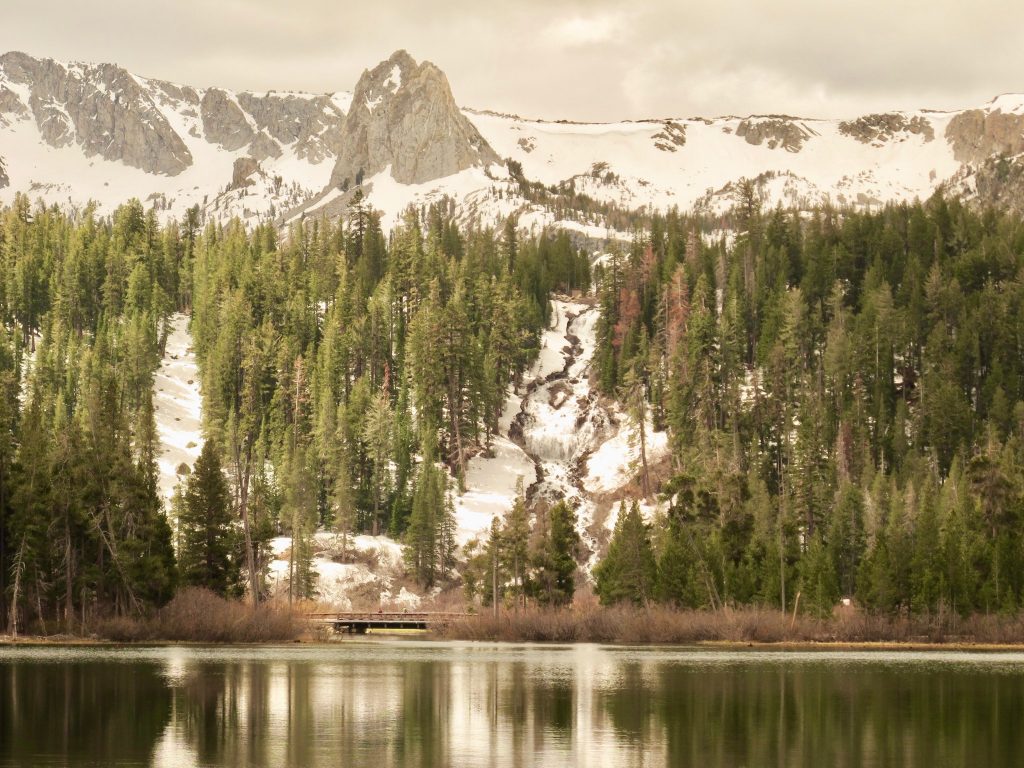 The  Mammoth Lakes MLS is reporting 11 real estate closings in Mammoth for the period ranging from a low of $182,000 to a high of $589,000. Of the 11 closings, 10 were technically  financeable properties and seven (7) were conventionally financed. The 10-year Treasury bounced around the 3% range and mortgage rates are stubbornly up. But rates are still almost historically low. So far, higher rates don’t seem to be impeding anybody’s ability to qualify for a loan.

At the period’s end the condominium inventory is up four (4) to 64. There were 24 new condo listings in the period and seven (7) are already under contract and in escrow. So we have new condo listings and eager buyers ready to pounce on the best ones. And there were some worthy properties that came to the market and sold quickly. But they were reasonably priced. And a couple that appeared to have sold quickly but came back to the market within a week. Obviously there are buyers watching the inventory and willing to make “blind” offers. That may be the story for the balance of the year.

The inventory of single-family homes is down six (6) 33. The least expensive home in Mammoth remains priced at $604,000 and according to the listing agent the sellers are frustrated and may just lease the property. The inventory really shouldn’t be going down right now, but several of the very expensive homes that were on the market through the fall and winter have recently been removed (cancelled) from the market.

The total number of properties in “pending” (under contract) in Mammoth Lakes is up 10 to 51 at period’s end. Of the 51 properties in “pending,” there are 39 in “Active Under Contract” status (formerly “back-up”). The total number of pendings in the aggregate Mammoth MLS (which includes outlying areas) is up 26 to 93. But 11 of those pending sales are vacant lots listed under $100,000 in non-Mammoth locations in both Mono and Inyo Counties. There appears to be a land rush for cheap rural locations. The numbers would indicate that the local real estate market took a small pause in the “tax-time” period but has regained momentum.

Mammoth is quiet, but that is to be expected this time of year. The US Ski Team was here for almost two weeks of training and the US Snowboard team is here getting their licks on custom terrain built off of Chair 5. There have been good spring skiing opportunities but the season is waning fast. Some warm weather and post-winter vacations shift the brain to summer mode. But summer won’t really start until the motocross crowd moves in a month from now. The spring showers are refreshing for now.
​​The local Town Council candidates are getting decent exposure and I would have to say that we have a solid slate of candidates. I think they would all do a good job. Thankfully, there are no “whackos” like we’ve had sometimes in the past. There is a mix of experience and eager newcomers to the community.
With the Ice Rink/MUF put on the back shelf for now (or maybe for a long time), the focus is on developing the Shady Rest affordable housing project. The Town closed the escrow during the period. So this will be the major challenge for new Council. The first item of order appears to be re-naming the project. The name Shady Rest is too confusing with our large park of the same name (which for those unfamiliar, is hidden away in the forest off of Main St.).
But now the entire structure and personnel of Mammoth Lakes Housing is coming under major scrutiny. This will obviously be the next step for the new Council; reviewing the organizational structure, funding, personnel, opportunities, etc.. I think I will be voting for the Council candidates that appear to have plenty of free time on their hands, this will be a time consuming task….And there are those that are questioning, after the Ice Rink/MUF fiasco, whether the Town can adequately handle this potential development process. It will be interesting to see where we are in five years.
Ironically, I was doing some spring cleaning and came across a February 2, 2008 issue of The Sheet. A front page article was about the Town Council pondering different tax increases in order to fund recreation — all in light of the Town’s estimated $6.5 million budget shortfall for fiscal year 2006-07. How soon we forget the lessons of the past. Four years later the Town was filing for bankruptcy to try to evade the Airport/Hot Creek settlement.
But today the Town is flush because of new taxes and wants to behave like the proverbial “drunken sailors.” The new recreation taxes that were approved shortly after this 2008 article include Measure R and Measure U. Measure R added .5% sales tax in Mammoth. Measure U added a utility tax that is most easily found on your SCE bill (second homeowners and local residents alike have one of those.) And then came the TBID which is an additional sales tax on just about everything in Mammoth. And certainly, the past two years of banner tourism has put bed tax collections into dream land.
So now the Town has millions to spend on marketing, wants to fund TWO airports, wants vanity recreation and cultural facilities, wants to develop hundreds of workforce housing units, and on and on. And yet, the police force remains underfunded and the landscape on Main St. and Old Mammoth Road is an abomination (where is the Town on the “revitalization”?). And the present bond initiatives are evidence that the schools are in dire need of financial help and the fire department too.
The Town has taxed its way to prosperity but hasn’t proved they can be good stewards of the windfall, almost like the infamous lottery winners ultimately filing for bankruptcy. Let’s hope the new Town Council can get a clear grasp on priorities.
Meanwhile, the Ski Area is starting the prep work for the new zip line from the top of the mountain. It should be ready by late summer. The Canyon Lodge improvements are quiet; no sign of plans or activity.
On the real estate front, visible condominium construction always helps real estate sales of all sorts. It sure did in the 2000 to 2006 era here in Mammoth. This summer there will be major and quite visible ongoing construction along Hillside Drive in the heart of the Village, on the lot across from Canyon Lodge, and along Old Mammoth Road at Creekhouse (Snowcreek Phase VII). And there will be seven more new luxury homes under construction in GreyBear phase 3. Also look for final sidewalk construction on the upper end of Main St.

A  2 bedroom / 2 bath condo in Snowcreek Phase IV closed for $413,000. These are good properties and this actually has a nice location, especially for a more summer oriented buyer. But this unit had been on the market for 370 days before it finally closed. Sometimes the market is inexplicable.
​​​​​​​Increasing sale prices at Juniper Springs Lodge, St. Moritz, Mammoth Ski & Racquet, Silverbear, San Sierra and GreyEagle.
All 11 closings during the period were condominiums. 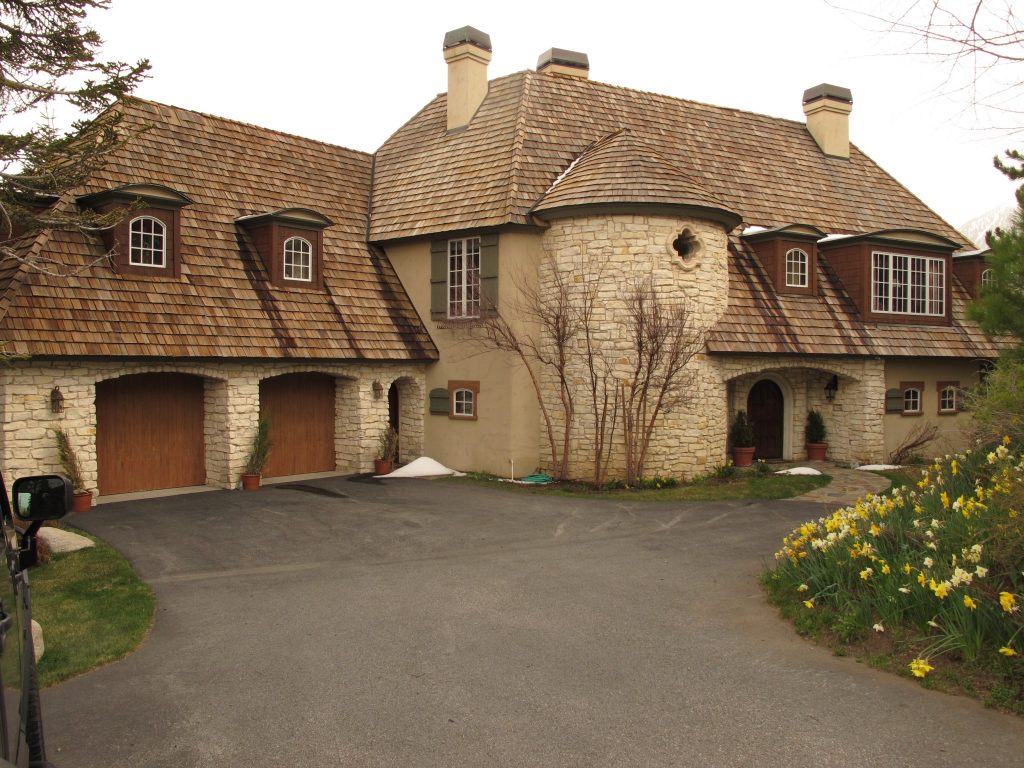 This totally custom home belongs to one of my former associates who is now semi-retired. Many aspects of the property were pondered-about in the common spaces of my old office in the 1990’s. We even had a large company Christmas party in this lovely home. It is a simply outrageous home built in a country French theme and built on arguably one of the best lots in all of Mammoth (an adjacent lot just closed for $1.5M). The mountain and down valley views are as good as they get.
The total living space is 5,700 square feet but the home feels intimate throughout. The living room features glass walls that open up to the back yard and views. The are Old World features and stone everywhere. The list of features is almost endless. This is a truly unique and almost irreplaceable Mammoth home. Impressive homes have been built all around this in the past 20 years. This new listing price is $2M less than it was listed a few years ago.
Listed at $3,950,000
Courtesy of Mammoth Realty Group

Some odds and ends;
The famous Berkshire Hathaway annual shareholder meeting was held during the period and CEO and mega billionaire Warren Buffet made some interesting comments about the fees collected by real estate brokers versus those collected by “stock pickers” and hedge funds. He was quoted that real estate broker’s fees “are not “crazy” compared to the value they add by helping change people’s lives through homeownership.”
He added,”I would say that people who manage money make a whole lot more money with perhaps less contribution to the welfare of the person that they are dealing with.”
Of course, Berkshire Hathaway the corporation has been acquiring real estate firms and is now becoming one of the largest brokerages around under the banner Berkshire Hathaway HomeServices. Buffet predicts more brokerage acquisitions in the coming future. So far, they have no presence in the Mammoth market. But we appreciate the plug.
Preliminary figures from the ski industry are indicating that skier visits in the United States were down almost 3% from last year and the lowest since 2011. The Rocky Mountain region was down approximately 5%, but clearly the lack of snow or poor snow quality was to blame. Other resorts including some in Idaho had record years. Mammoth Mountain hasn’t made any reporting, but odds are the skier visits were probably outstanding in relation to the snow accumulation totals. Mammoth has had excellent tourism the past six months but snow removal bills were light. A definite reprieve from the year before.
And from India, a man was mauled to death by a bear. Apparently the man was trying to take a selfie with the injured bear when the attack occurred. So a good note to all Mammoth visitors — taking selfies with bears is not a good idea. I see a new sticker in the offing; Mammoth   Do Not Take Selfies With Bears.
​​​​​​​
Thanks for reading!