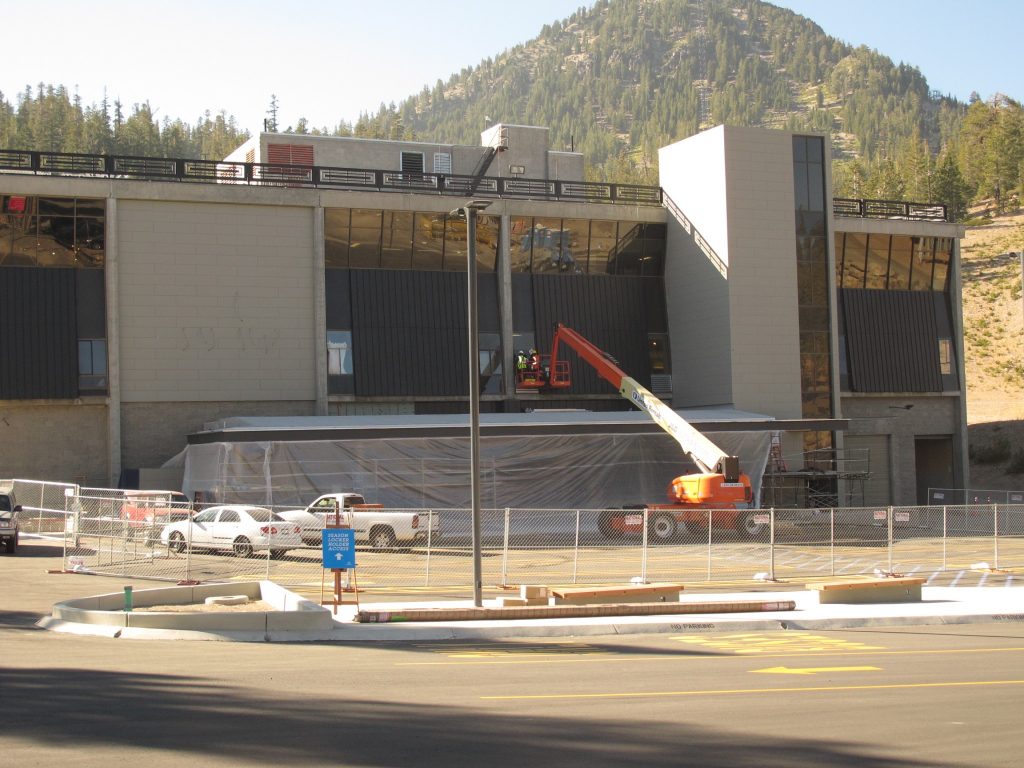 The  Mammoth Lakes MLS is reporting only six (6) real estate closings for the period ranging from a low of $190,000 to a high of $3,200,000. Of the six escrow closings, all six were financeable properties and four (4) were conventionally financed. Even though there weren’t many closings it was a very familiar mix — five low-end condos and a multi-million dollar home.  The 10-year Treasury slipped below 3.1% but there is now an interesting divergence happening between the 10-year rate and conventional mortgage rates. Mortgage rates are now climbing slightly faster than the 10-year rate and are at their highest since 2009.

At the period’s end the condominium inventory is down one (1) to 97. There were 13 new condo listings in the period, and none to contract yet. Quite frankly, it is a little unusual to see that many new condo listing this time of year. Normally any sellers contemplating a sale would have had their property on the market by now. Others who are on nightly rental rental scenarios are now anticipating improved cash flows (three of these new listings are in the Village). But I would note that many of the new listings have some very high asking prices.

The inventory of single-family homes is down three (3) to 40. There are two new homes listed under $500,000 and both are fairly decent. We’ll see how long they last.

The total number of properties in “pending” (under contract) in Mammoth Lakes is up seven (7) to 40 at period’s end. That includes six (6) homes originally listed over $1M. Of the 40 properties in “pending,” there are 16 in “Active Under Contract” status (formerly “back-up”). The total number of pendings in the aggregate Mammoth MLS (which includes outlying areas) is up eight (8) to 68. After a small lull the market activity has moved upward.

Mammoth Mountain opened last weekend a couple of days later than planned. The snowmaking crews finally got enough cooler temperatures to make snow. It isimpressive how much snow and coverage they can create in a short period of time. The volume of visitors certainly picked up. Town went from really dead to fairly dead. Snowmaking has become a vital part of successful mountain resorts. It is increasingly being mention in the immediate capital improvement programs at many resorts. Vail Resorts and Alterra are driving it. And Mammoth has been a leader in this part of the industry.

The good news is that there is precipitation in the long range forecast and Mammoth Mountain always seems to extract snow accumulation out of even the minimal storms. As the Thanksgiving weekend period approaches the visitors will have to be satisfied with a little bit of skiing and whatever else the area offers. That could certainly include some hiking and cycling.

The Town Council meets tomorrow for a special meeting. The main topic is strategic planning. It is really a look at both long term and short term strategic priorities. But this timing is critical. Much of the strategic planning of just of few years ago has been thrown aside; the Town is no longer looking towards a goal of 50,000 enplanements a year at Mammoth Airport. The delusion of $1 billion in capital investment in the downtown revitalization is gone. And maybe a $25 million ice rink that really wasn’t planned for needs to be re-considered?

The real (strategic) priority has rapidly become affordable/workforce housing. And especially now that The Parcel has been acquired for $6 million and true expansion at the ski resort or in the community will be predicated on additional workforce housing. There really is no other way. There are no “creative” solutions. And to drive the housing development the Town needs to come up with a consistent stream of (tax) revenue. It will likely be an additional TOT (bed tax) or sales tax. Getting that in place is the priority of the priority.

I can’t wait to see the new strategic priorities of this new Council group. But many are concerned that this very important discussion, a Special Town Council Meeting, was scheduled with very little advance notice to the public and on a Monday morning of a holiday week. Seems like the Council is trying to avoid the public’s involvement, just when they need it….. In the meantime if there are any second homeowners who would love to turn their vacation homes into long term rentals it would certainly help the community…..

Mono County has started grading and construction of their new administrative offices at the “McFlex” parcel between the new police station and the hospital. The 33,000 square foot building is expected to be completed in the next 18 months. There will be parking for 110 vehicles. The County recently approved $24 million in new bonds for the construction. The interest on these bonds is approx. $1.3M per year. They have been paying right around $1.3M in rent in recent years.

One thing that stands out about the project is that the building is “pre-fabricated with a life expectancy of 40 years.” That’s weird. We have lots of condos that are 50 years old and they still have plenty of life in them. Probably another 50 years. And pre-fabricated construction hasn’t had a good track record here in Mammoth. The engineering requirements for snow load and seismic can get in the way. But I don’t plan on being around in 40 years….

The front-end improvement work at Canyon Lodge is wrapping up and the aesthetics have improved. Of course, it is Canyon Lodge. It will be interesting to see how the escalators work for the hordes of skiers and snowboarders….The Grocery Outlet building is really a substantial project. Paint and pavement in the past two weeks and there were lights on inside as I drove by at night the other day. They might make Christmas….The sidewalk projects on Main St. are almost completed. The lower sidewalks running from the post office to Kittredge are massive swaths of concrete with small planters. I see these evolving into more than sidewalks in the future. And the Town thinks they will be able to keep them clear in the winter. Maybe global warming will work in their favor. The upper sidewalk will link the Village to Mammoth Brewing. That’s a nice addition both for public safety and aesthetics. A real win for Mammoth Brewing….And speaking of brewing, there are now two more breweries under construction in Mammoth; in the outlet mall on Main St. and on Old Mammoth Road in the old police station building. More cannabis stores and more breweries. As long as they are generating TBID taxes….

A recent affordable housing news story helped put our affordable housing situation into perspective. Long Island City recently released some new housing and there will be a lottery. There will be two Studio units available with “affordable” rents of $2,125 per month. The two 2 bedroom units will be available for $2,741 per month. Since this article was published it was announced that Long Island City will be one of the new Amazon headquarters. That should make housing even more affordable.

Not really much to report on, five condos all selling less than $420,000 and a multi million dollar home. This home in Juniper Ridge is one of the nicest homes in all of Mammoth; top architect, top builder, top designer. And 5400 square feet!! Sounds great until you ponder a $3,000 per month property tax bill. 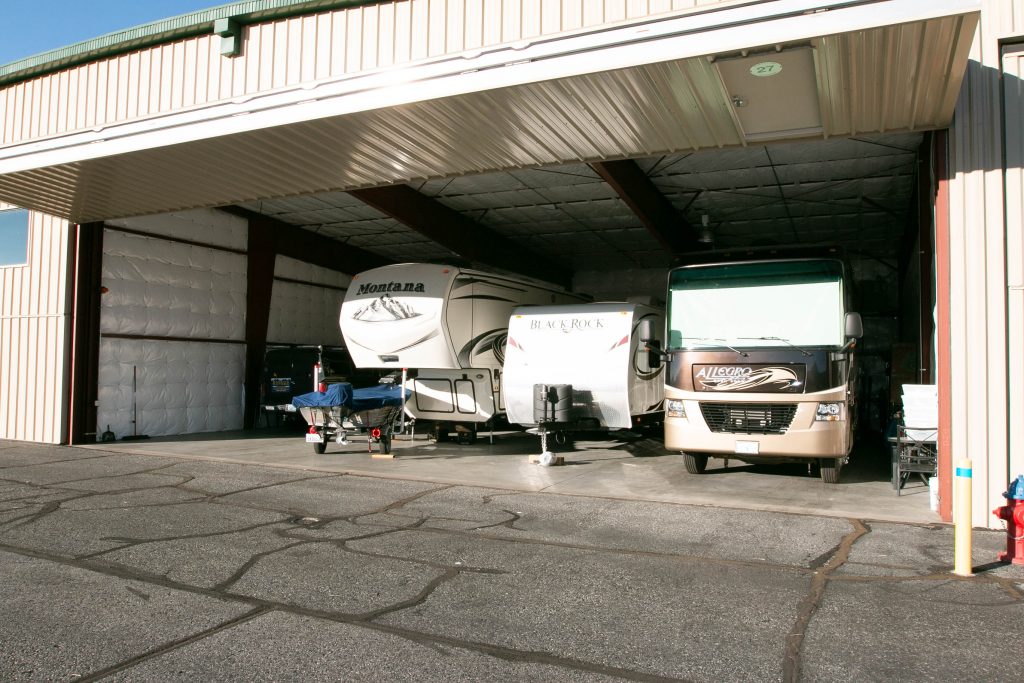 Garages are to die for in Mammoth Lakes. Everyone wants one and it seems the bigger the better. And some of the best garages in Mammoth are at the Mammoth Airport. These newer hangars were built by Hot Creek Aviation in the early 2000s. The were originally marketed as “Toy Boxes In Paradise.” And that is what they have become. I would say that less than half of the hangars actually have airplanes in them. And the ones that do normally have all sorts of toys too; boats, snowmobiles, all terrain toys, etc. This is an Executive Two hangar that is 2400 square feet (50′ x 48′) with a 14 foot high door. So large motorhomes and trailers fit just fine. It will hold two small airplanes or a larger twin engine aircraft. These units have great southern exposure and views of the Sierra including Mammoth Mountain. A very enjoyable place to hang out!!
Listed at $199,000

With devastating wild fires around the state we once again think about emergency preparedness here in Mammoth. Everybody has their own ideas. I have a real plan (and I’m the first to know plans can go awry in an emergency). AndI try not to let my gas tanks get too low (that is leftover mental preparedness from the “volcano” days). I like having a priority list of “what to grab” assuming there is time. But others have different priorities. And this past week I was asked by a few second homeowners about wild fires and Mammoth.

In the past 15 years the Mammoth area fire authorities have been incredibly proactive at “managing” the local forests. With drought and beetle infestation and the subsequent tree mortality, that has not been an easy job. But following major fires in the Tahoe region where “fuels” had been allowed to accumulate because of environmental restrictions, the Mammoth region took note and took action.

There have been substantial fire breaks created around town. Some of the “blue diamond” roads north of town have been thinned out to create breaks. In the summer of 2009 and 2010 there large crews with chain saws (I could hear them endlessly) that cleared out the thick forest at the south west corner of town (near the entry to The Bluffs). Having ridden my bike through many of these areas, I can also tell you that after a few years the forests regenerate wonderfully. So ultimately it is environmentally positive.

The local fire agencies have been very aggressive to clean out dead trees. Within the town limits the ML Fire Department has inventoried all of the dead tress and fuels and continues to do so. Property owners have been ordered to remove the hazards. Tree and fuel removal has become a substantial business in Mammoth. I know vacant lot owners who have had to pay thousands of dollars to clear their lots of fire dangers.

The Forest Service has also been proactive, but they are overwhelmed. They have prioritized the dead trees and fuels around the town limits. They cut, haul, form slash piles and eventually control burn the fuel. Recently, a Fire Management official related how the recent Lions Fire in the Ansel Adams Wilderness was good because it eliminated the massive amount of fuel that had built up over decades. That volume of fuel, if part of a larger fire event or the wrong wind conditions could have created an uncontrollable fire near Mammoth.

The eastern Sierra region is also home to many state and federal fire crews. They help manage the forests and obviously are ready to address any incidents. And the size and available services at Mammoth Airport are increasingly important because helicopters are an effective tool for many of these fires. The helicopter crews were at Mammoth Airport for most of the summer. These crews are incredibly mobile and can move in and out quickly. They are impressive operations.

Wild land and forest fires are certainly a threat to the Mammoth region. And they will continue to be. But great precautions have been taken to manage the threat in our area. And no doubt these efforts will continue.