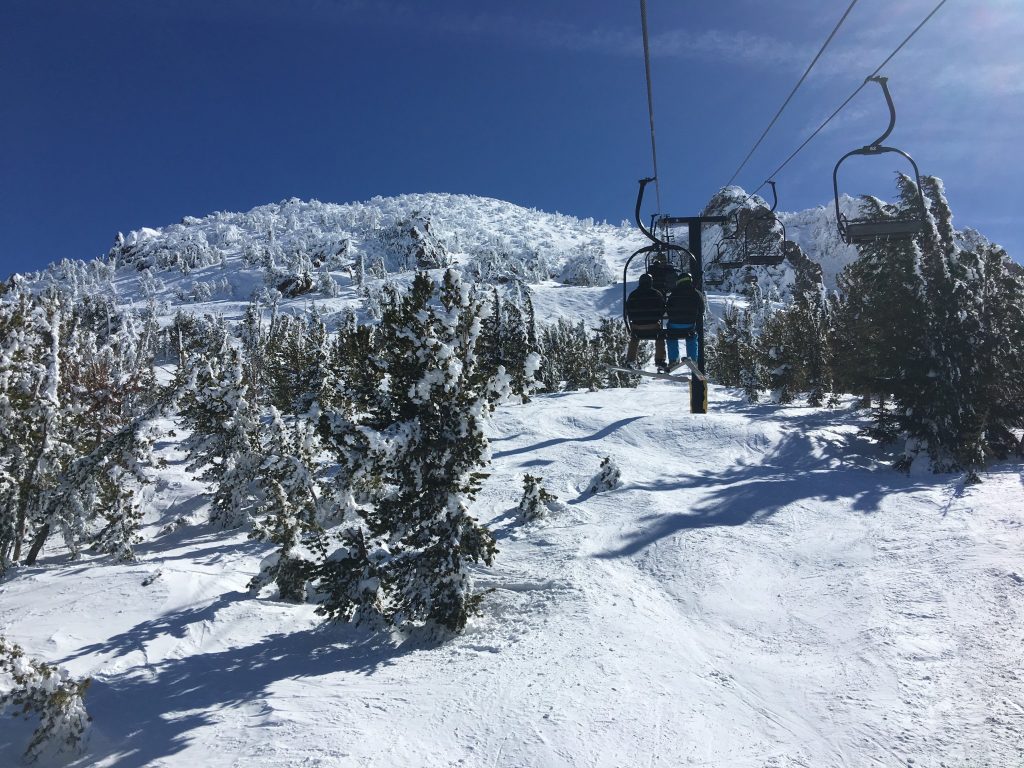 The Mammoth Lakes MLS is reporting 12 real estate closings for the past two week period ranging from a low of $115,000 to a high of $870,000. Of the 12 escrow closings, 11 were financeable properties and nine (9) were conventionally financed. Ten of the 12 closings were condominiums and seven (7) of the 10 are “ski-oriented” locations (not surprising for this time of year). The 10-year Treasury yield dipped down to 2.593%. Mortgage rates have returned to a very attractive level. This period last year there were 19 closings.

At the period’s end the condominium inventory is down another three (3) to 91. There were nine (9) new condo listings to the market and none have sold yet. There are 29 condos listed under $400,000 and 11 have more than one bedroom. Four (4) of the 12 least expensive condos are Westin Studio units and these units are generating ~$60,000 (and more) in revenue annually at ~300 nights of occupancy. That is impressive occupancy in a mountain resort community. This time last year there were 58 condos on the market.

The total number of properties in “pending” (under contract) in Mammoth Lakes is up four (4) to 54 at period’s end. Of the 54 properties in “pending,” there are 24 in “Active Under Contract” status (formerly “back-up”). The total number of pendings in the aggregate Mammoth MLS (which includes outlying areas) is up six (6) at 74. This time last year there were 59 and 81 respectively.

The tremendous storm cycle that began in late January and made February a record month (and third all-time on MMSA) slowed during the period and left Mammoth with perfect sunny weather the past few days. As would be expected there was a big crowd this weekend. But the Wednesday through Friday of last week was surprisingly uncrowded.

There has been a parade of trucks hauling snow out of town the last 10 days. And shovelers are still unloading roofs. Snow events like this run the snow removal bills into large numbers, but this is what drives Mammoth Lakes and local commerce. With Easter falling late on the calendar and great snow conditions/coverage, the winter season will run well into spring. And with all of the water sitting on the Sierra Nevada reservoir the summer should be delightful. The long range forecast has more precipitation later this month. Hopefully this will serve to freshen the already great conditions on the Ski Area.

The demographic and societal impacts of the IKON Pass program are beginning to hit home; from recent articles in the national press to people I met on the chairlift in the past week. Ground zero for distress right now appears to be the Big Sky Resort in Montana. They were recently added to the IKON Pass network and it has already caused a housing squeeze. From Outside; “All the affordable long-term rentals we had before this year are now off the market and seem to be on VRBO.”

But the most telling was a letter written by the general manager of Big Sky to the Big Sky community. The letter states that “local social media channels are revealing a rash of negative postings, shunning new visitors and treating new arrivals differently than we treated ourselves.”

One letter from a British and experienced North America ski pass holder stated, “We’ve never encountered any negative reaction to us as holders of these sort of passes — until this year! At Big Sky they were selling bumper stickers saying ‘IKON (not) wait for you to leave’….”

The general manager’s letter questions if Big Sky is too busy? But he thinks busy is good. He states “Striking the right balance between prosperity and broke can be complicated. I’ll tell you from personal experience, it’s a lot more fun to be managing success than downsizing.” …….sounds a lot like Mammoth in the past 40 years.

I met a couple of interesting IKON pass holders on the chairlift this past week. One was a general contractor from Alta, Utah. He was out west on a ski road trip. He had never been to Mammoth before. He said “the people in Cottonwood Canyon (Alta, Snowbird, etc.) are pretty alarmed at the influx of skiers due to the IKON Pass.” Sounds like they are ready for bumper stickers too. And one very nice lady from Britain was visiting Mammoth for eight days (I told her to go to June Mountain on Saturday). She too was excited about the options of the IKON Pass but in retrospect thought they should have flown into Reno and skied Squaw and Alpine before coming to Mammoth. She said that because of the exchange rate “Mammoth is more expensive than London.”  Never heard that before.

But the recent Outside article is also interesting because the author proposes that the industry consolidation and “mega” passes will be the “death knell” for affordable skiing, that ultimately the “U.S. ski industry is facing…increasing prices, paid by a declining number of customers.” The idea is that beginner skiers typically buy the day passes and are the valuable revenue source. But I might contend that both Vail and Alterra are clearly focused on their “feeder resorts” (like Big Bear is to Mammoth). The best way to learn is to put the time in, and a pass makes that a whole lot easier.

There is no doubt the IKON Pass will continue to make significant impacts on many markets. In Mammoth the weekends should remain busy and the mid-week business could increase. But they’ve been trying to that for many years. And housing is already a problem. Now let’s see if Alterra can sell a larger volume (percentage) of IKON passes this year. That could make things even more intriguing….

One thing that came out of the recent MMSA tax appeal hearing; the State Board of Equalization is watching the 2020 referendum to create a “split roll” in California. A split roll would essentially remove commercial properties from the Prop. 13 regulation. Commercial properties would be assessed annually at current fair market value and not as a factor of the original basis. The Board and the respective County Assessors estimate that they would need at least 1,000 additional commercial appraisers and that the volume of appeals would skyrocket and consume a tremendous amount of staff time.

While the State wants to increase tax revenues, there may be unintended consequences for State operations. But for commercial property owners and tenants and their customers, a large increase in property tax could be economically devastating. And this may be just the beginning of the attack on Prop. 13.

A vacant residential lot sold for $115,000. That will skew the numbers but it was part of an adjacent residential sale…..and I’ve has several inquiries about a cheap ($55,000) residential lot available in Mammoth (on Zillow). I finally figured it out. Some agent from southern California has a lot listed in some undeveloped desert location and has the wrong zip code inputted. The zip code is Mammoth’s. And the lot is nowhere near Mammoth Lakes. 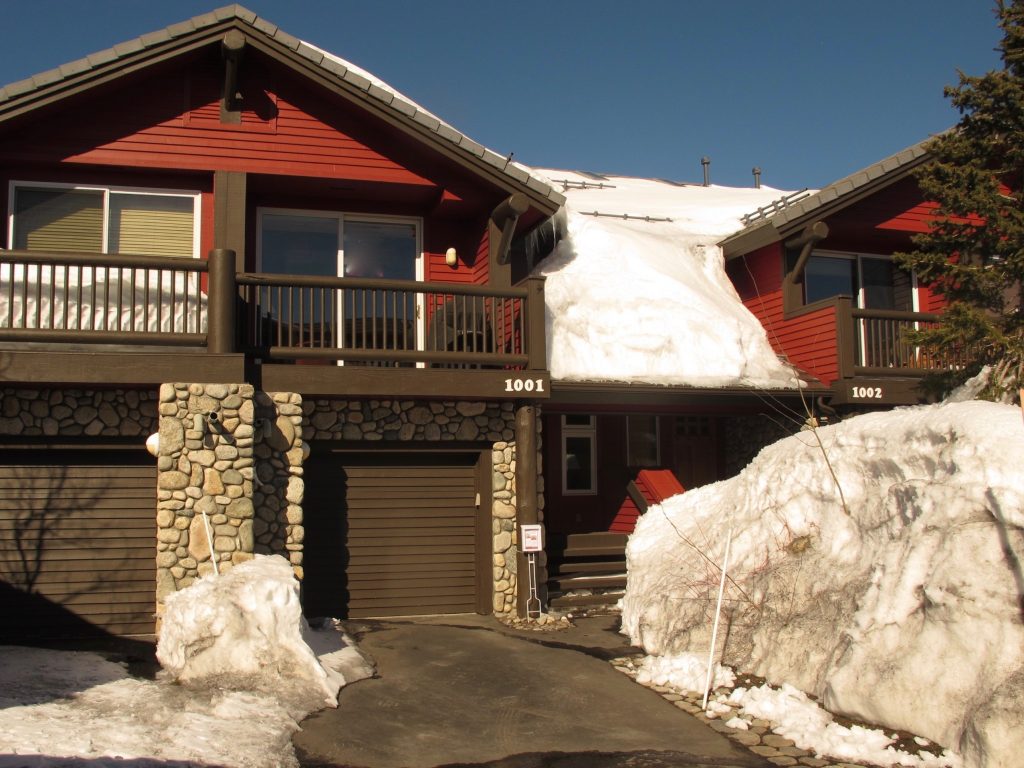 This might look familiar. Some 18 months ago this specific unit was a Fav. It did sell but now it is back on the market. The recent new owners and now sellers purchased a larger unit in the same project (that is a good
sign). This row of townhomes was some of the last built in Snowcreek Phase 5 so the units have the best finish in the project including granite countertops in the kitchen and baths.
This 2 bedroom / 2 bath townhome has some extra upgrades including a beautiful cedar tongue-and-groove ceiling in the great room. Super morning sun and mountain views off of the rear decks/bedrooms. One car garage and forced air gas heat and gas cooking too! Reasonable HOA fee. Adjacent access to the surrounding Meadow open space.
Listed at $599,000
Courtesy of Broker In Trust

The IKON Pass is now being blamed for the lack of affordable housing in ski resorts. And Airbnb has been coming under attack for displacing local residents in tourism based communities. But now it may be getting out of control. The city of Nashville is hot for tourism and attracting small bits of the tech industry. But they have an affordable housing crisis too. And now developers are turning entire new neighborhoods that were conceptually designed for permanent residents into short term rental properties. And the local Council is allowing it. But one Council member remarked, “once the city issues a short-term rental permit, there’s no going back.”

Another recent article explains the impact of Airbnb on Greece. Greece is trying to recover from a serious economic depression. Airbnb “changed the game in the Greek real estate market…it boosted demand for rental property and helped stabilize the market…it prompted a wave of building upgrades, created jobs for the construction sector, and generated income for property owners.” Sounds good if you actually own property.

But the flip side; “Rents are skyrocketing, local residents are “expelled,” and neighborhoods are deserted.” And “Athens locations near landmarks will no longer be a place for locals.” Imagine that with a country that has a youth unemployment rate close to 40%.

Meanwhile, last week the U.S. court of appeals upheld the Santa Monica ordinance that holds companies responsible for booking rentals that aren’t licensed by the city. This may be significant. Airbnb has argued that it wasn’t their problem. But other municipalities may create similar laws, requiring the companies to monitor and remove listings for unregistered properties….the evolution of this industry continues.

While Mammoth has its own affordable housing “crisis,” we are fortunate not to have some of the various issues of other tourism based communities. For one, we have already sorted through the permissibility of STRs in different zones in town. Measure Z helped clarify this a few years back. And the historic condominium zoning and legitimacy of STRs is well established and not under dispute. In the past 30 years some zoning changes have been more restrictive for STRs and some (like the Resort zone) are promoting it. And again, none of this is under dispute. The Town’s authority over these matters is at an all-time high.

The Airbnb/VRBO phenomenon has clearly stabilized and improved condominium values here in Mammoth (similar to the Greek experience). But not enough to bring them back to 2006 values. And the preponderance of Mammoth’s new real estate development are properties that allow for STRs.

The Town has plenty of opportunities to develop affordable housing within the city limits. An estimated 300-400 deed restricted units are feasible. That would moderate and stabilize rents and employment. At the same time TOT (bed tax) receipts are at record levels here in Mammoth Lakes. Maybe there should be a more direct connection …..