This Mammoth Real Estate Q&A appears in the Easter/Passover weekend 2019 issue of The Sheet.

Q: As previous season ski pass holders at Mammoth we are very pleased with the new IKON Pass. We can’t imagine why anybody would be displeased with what it has to offer. But we hear there is dissension in other resorts and maybe even here in Mammoth. What is your take on how it has affected Mammoth and has it made, or do you expect any impact on the local real estate market?

A: As the first year of the IKON Pass winds down there have been many fascinating aspects to this new phenomenon. I expect it to be even more successful next year. But success may be in the eye of the beholder. And yes, inexpensive season passes will continue to affect Mammoth real estate.

There are plenty of different takes on the IKON Pass. It certainly appears to be making some significant changes on many micro and macro levels. On an individual level it depends on your own factors; if you ski/snowboard or not, whether you dislike crowds in town or on your favorite runs or at the chairlift, whether it is convenient for you to take advantage of the access to other resorts, whether you own a local business and like visitors with more disposable dollars in their pockets, whether you end up at VONS at the wrong time of day, etc, etc..

Mammoth Mountain under the Alterra Mountain Company’s IKON Pass offering may be slightly different from the other resorts under the conglomerate. Mammoth has a 20 year history of a large pass holder base and an even longer history of massive crowds at certain periods. The large pass holder base is why Mammoth has been considered a valued prize in the ski industry for years. Now it finally has ownership (once again) that can and will put it to good use.

This Mammoth pass holder base is a large demographic mainly from southern California that loves to ski and snowboard, has sufficient affluence to afford it, and thinks very little of spending five or six hours to drive for the experience. Quite frankly, it is somewhat unique in the industry. Mammoth Mountain Ski Area has the size and facilities to accommodate a major influx of skiers and snowboarders. And the terrain and features to keep a wide variety of athletic interests coming back for more. The relatively temperate climate also has mass appeal.

Mammoth is a ski area that is familiar with crowds. Experienced skiers do everything to avoid the crowds, including making Wednesdays their favorite day to ski. Others know to go early or to ski in certain areas at certain hours of the day. Or to even take the day off. At Mammoth it is just part of the game. But at some of the new IKON Pass resorts this hasn’t been the norm. The increased crowds this season in other resorts have ruffled some feathers.

Various reports from other IKON resorts are of longer lift lines that have never been seen in the past. Or of local bumper stickers with negative comments (like “IKON not wait for you to leave”). Or resort officials reminding local residents the value of customers spending dollars in the community. A significant influx of ski and snowboard crowds with IKON passes has clearly alarmed some regulars and altered the quiet enjoyment of their favorite resort.

Here in Mammoth there has been no major outcry but we’ve experienced almost 20 years of Gold and MVP pass holders. Their ranks are purported to be in the 30-40,000 range every season. Most of these skiers and snowboarders are here on the weekends and/or saddling a Friday or Monday on to their stay. But again, Mammoth is quite familiar with crowds.

The blackout dates here in Mammoth (IKON Base Pass) have clearly flattened the peak periods on the Ski Area. Local business people have commented about it, but for some it appears it has increased business and for some it appears to have decreased business in these formerly peak periods. In the past President’s Weekend has been massive crowd. But it is part of the blackout on the IKON Base Pass. This year the following weekend was a record crowd. And Monday and Fridays have appeared to be busier than in the past. And some bluebird powder days experienced incredible crowds here at Mammoth, even during the middle of the week. Apparently calling in sick and making the drive is not a problem for many IKON Pass holders.

Riding the lifts this season has been an interesting opportunity to meet people who have never been to Mammoth, and without an IKON Pass they probably wouldn’t have made the trip. And with great snow coverage and Mammoth’s reputation for spring skiing, decent ski tourism may flow right into summer. But the IKON Pass has also worked in reverse. Many Mammoth faithfuls and second homeowners have visited other IKON resorts that they would have been reluctant to visit. An easy, available flight and lift tickets that are paid for is attractive. That is the whole point of the IKON Pass. And they will undoubtedly be back to Mammoth.

The second year of the Pass is on sale now and the popularity (and sales) is expected to increase significantly. Alterra sure hopes so, the numbers may be significant for a future public offering. It is also expected that some Epic Pass (Vail Resorts) holders will switch to the IKON Pass so they can experience a different variety of resorts (having both passes would be ideal for die hards).

What does this all mean for Mammoth real estate? Most significantly it should impact the condos that are designed to produce short term rental (STR) revenue. This has been a strong part of the Mammoth market the past 24 months. Some observers believe the values for these properties have plateaued. But we may need another IKON season to know for sure.

The STR trend is primarily in the lower-end of the condominium market and it has pushed values up in the past 24 months. That is where the best return on investment has been. And record TOT this winter is proof that it is working. And interest in the new YotelPad condo hotel property is also indicative. The Ski Area’s planning consultants say that Mammoth Lakes is about 1,000 beds short of visitor demand.

Twenty years ago the first inexpensive pre-sold ski passes created strong demand for what I dubbed “crash pads.” That was an interesting phenomenon back then. Local real estate values were still quite suppressed. Paying a few hundred dollars for a ski pass (the previous year was over $1,000) was considered such a great deal that many skiers became buyers of cheap condos. They simply wanted a modest condo so they were assured of their own usage. The phrase “I have a ski pass, now I need a condo” made complete sense for many.

That was all pre-Airbnb/VRBO. Now owners can easily have a crash pad and rental income. The more widely accepted “last minute” booking style gives owners more flexibility; wind and weather permitting. And I suspect many of the original crash pads have morphed into STR units. Ultimately, the crash pad effect and the Airbnb/VRBO effect have significantly impacted the values at the low-end of the Mammoth condominium market. How much higher they can be pushed up is yet to be seen. The IKON Pass has created new pools of potential buyers and guests.

At the other end of the real estate spectrum is the luxury real estate market including $1M+ single family homes and condos. That part of the market has also been surprisingly strong the past 24 months. This might be more of a reflection of the stock market. But the IKON Pass makes Mammoth as home base for skiing and snowboarding that much sweeter. The ability to ski other great resorts on your Pass is just icing on the cake.

Meanwhile the personnel down at Mammoth Airport report that the regular flights to-and-from Denver have been surprisingly well utilized. And many people coming to Mammoth for the first time. After 20 years of trying, maybe the combination of Denver flights and the IKON Pass has finally moved Mammoth beyond the “regional” air service only phase. That could be significant. Mammoth has always been a “gathering spot” for families, and now more conveniently for those with members dispersed across the country. That could create new demand.

The negative to real estate?; the IKON Pass era has exacerbated the workforce housing crunch here in Mammoth and other resorts. Affordable housing is a real problem in Mammoth and no quick solution is on the horizon. Other IKON resorts are already reporting housing shortages as units are converted to Airbnb/STR units to cover the increased demand. But affordable workforce housing is an age-old problem in mountain resort communities.

All of this is begging a new question in Mammoth; Should we strive for more quantity visitations or more quality visitations?? There are those arguing (like a recent article in Outside) that these “Mega Season Passes” like the Epic and IKON will be the death of skiing — “The U.S. ski industry is facing….increasing prices, paid by a declining number of customers….The business model for large U.S. resorts (can be summarized as trying to get) more money from less customers.” But the business at Mammoth certainly hasn’t displayed that this season. Other IKON resorts had banner years. And it wasn’t all about great snow — too much snow can negatively impact business.

There will be plenty of argument over the new conglomerates and mega ski passes. Much of it depends on your personal loss or gain. One thing for sure, they are here to stay. They will push greater demand for guest accommodations which will be supplied by new condo and/or condo hotel properties, or the conversion of more non-STR units into STR units. Here in Mammoth it is likely to be both. And more demand for luxury homes, most of which are still selling below replacement value. Hopefully we can maintain some balance between the supply and demand, but Mammoth always seems to live on the extremes.

We’ll just have to wait for the next extreme. 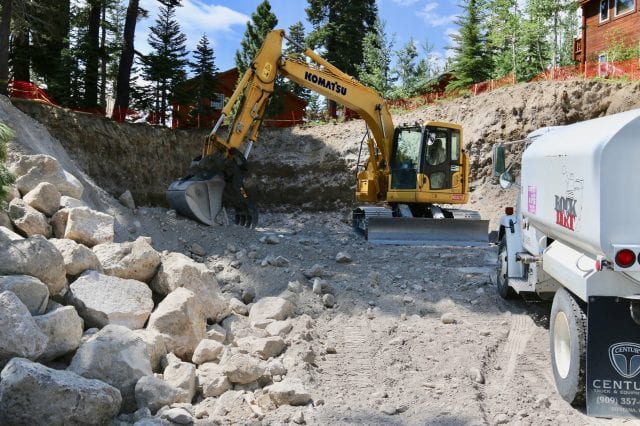 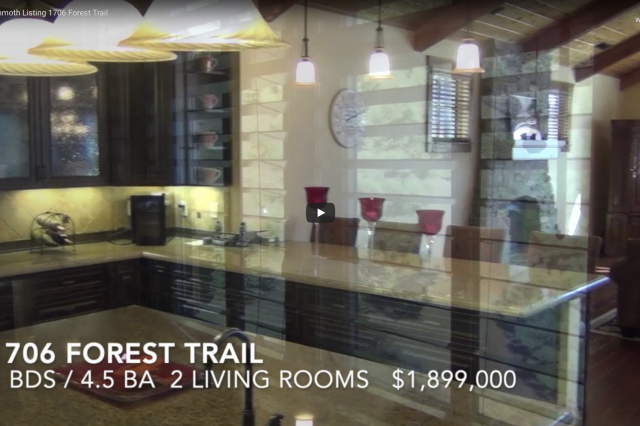 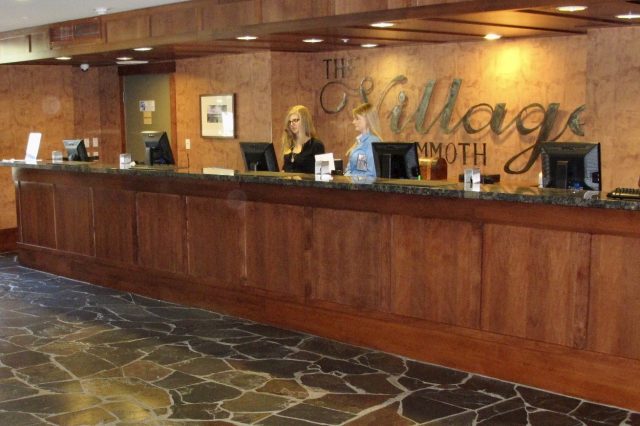 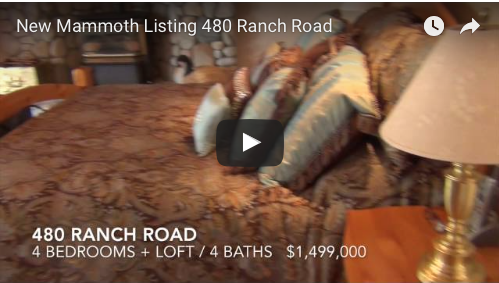