Summer Heat Is More Than Welcome Locally, But Drives Crowds Into Town! 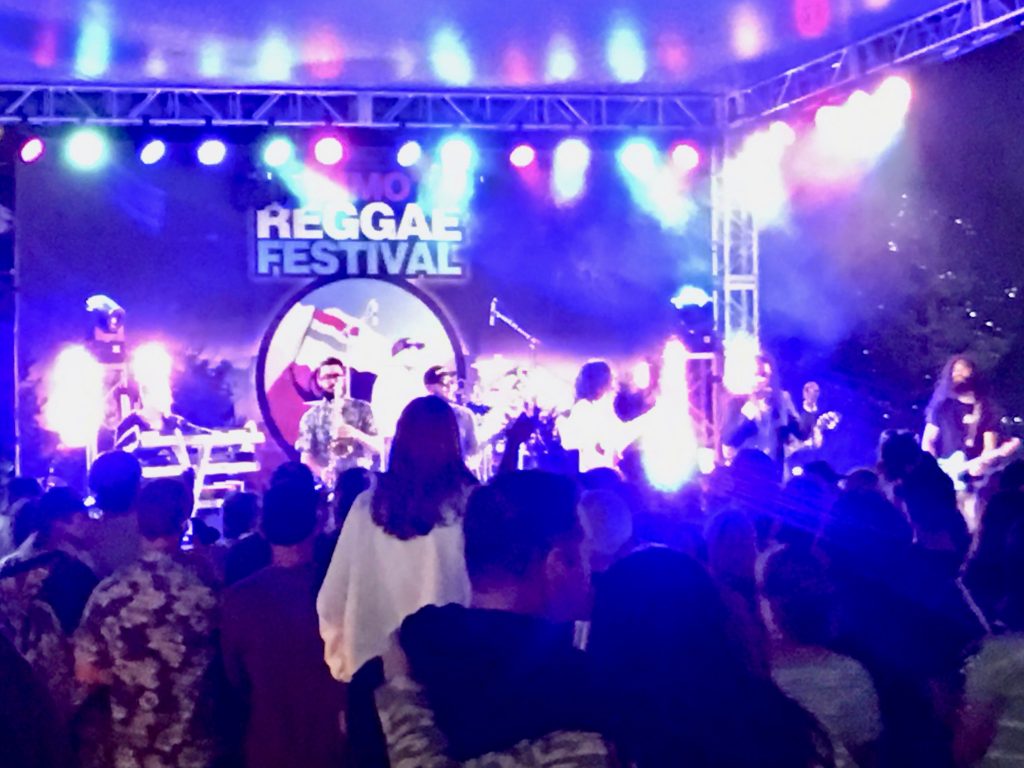 The Mammoth Lakes MLS is reporting 17 real estate closings ranging from a low of $210,000 to a high of $829,000. Of the 17 escrow closings, 15 were financeable properties and seven (7) were conventionally financed. These closings included one nicely located residential vacant lot and one bank-owned (REO) condominium. There were 12 condo sales under $530,000. The 10-year Treasury bounced around but ended up even for the period at 2.048%. Despite the very attractive interest rates, more than half the sales in the period were cash purchases.

At the period’s end, the condominium inventory is up one (1) to 119. There were 19 new condo listings in the period and four (4) are already in escrow. The new listings are all over the inventory and many of them are good quality. Very attractive new listings that are priced right are selling quickly. That is somewhat unusual for this time of year. Clearly, there is demand and the buyers are paying attention to the internet real estate sites. And they are not waiting for the “anticipation of winter” to pull the trigger. Of course summer rentals are strong so if the property is ready-to-rent then, why wait?? Condos listed under $300K seemed to sell briskly this past week.

The inventory of single-family homes is up another four (4) to 59. With 29 homes now listed under $1,000,000, prospective buyers have some of the best inventory to choose from that they have had in quite some time. But this inventory will inevitably be tested on price. And many of these properties were on the market last summer. The residential properties may prove to need major price reductions within the coming months if the sellers truly want transactions.

The total number of properties in “pending” (under contract) in Mammoth Lakes is up another three (3) to 67 at period’s end. Of the 67 properties in “pending,” there are 29 in “Active Under Contract” status (formerly “back-up”). The total number of pendings in the aggregate Mammoth MLS (which includes outlying areas) is down one (1) to 93.  The regional market continues to mirror the activity of one year ago.

Solid warm weather has finally settled into Mammoth summer and so has solid summer tourism. The Ski Area will officially close July 28. Hikers, backpackers, fisherman, and all the rest have been warned and cautioned about fast running creeks, rivers and other bodies of water. There have already been fatalities in the Sierra Nevada. Thankfully none in the immediate Mammoth region. There is still significant snow pack lingering in areas like the Lakes Basin and higher elevations. And many current visitors are trying to beat the heat of the lowlands. This past weekend’s Mammoth Reggae Festival has now grown to three days; another successful summer event.

The earthquakes based in the Ridgecrest area have rekindled concerns about earthquakes in the Mammoth area and the Long Valley Caldera. Quite frankly, I haven’t felt any of this activity here in Mammoth Lakes.  I have had inquiries ranging from “How are we fairing here in Mammoth?” to “What kind of earthquake insurance do we have/should we have?” Mammoth real estate and local earthquakes and volcanic activity have a long history, especially since I moved here in 1981. I’ve dealt with it my entire real estate career and have a variety of perspectives. I have promised several readers the subject would be my next Q&A. Maybe I’ll target the upcoming Bluesapalooza issue of The Sheet.

The workforce housing planning at The Parcel, and the proposed Ice Rink/MUF project at Mammoth Creek Park are becoming increasingly controversial within the community. Many on the street and in public meetings are now questioning the Town’s (staff andofficials) ability to competently deal with the tasks both administratively and for the benefit of the public good. Even the usually passive Mammoth Timesand Councilman John “I can walk and chew gum at the same time” Wentworth were ranting this past week.

The Mammoth and Aspen link only became a little more curious over the past week. We already have the Alterra conglomerate connection. And the Crown Family who own the Aspen ski resort, etc. are the purported buyer of several vacant North Village parcels including the piece next door to the Westin where the Ritz-Carlton was once proposed. But now Mono County has hired the former Aspen city manager for the past 19 years as the new County Administrative Officer. Before being at Aspen he was a finance director at Vail for nine years. He obviously knows the mountain resort community business. And despite any tarnishes, to last at any city manager job for 19 years is pretty impressive. Maybe it is all part of the ultimate takeover.

I’ve been monitoring the sales and reservation activity at the Mammoth YotelPad quite closely as of late. The real reservation information is clearly for the insiders only but I’m getting the impression they don’t have the numbers they were hoping for, at least at this point in the process. But their future development schedule is already rather elongated into the coming years. I have the feeling we will see the YotelPad marketing push here in Mammoth for a couple of years to come.

The real estate industry has been warning consumers about dangers in wiring money. This last week some local escrow officers were communicating some recent stories about one stolen wire and some close calls. The hackers are crawling all over the email communications of escrow companies and sending bogus email/wiring  instructions. Once mis-wired, the money is gone for good. The listing and purchase agreement form sets we use in California have a separate wiring instruction disclosure and those directives have become imperative. The key take-away; before wiring any money call the recipient on the phone and speak to them live and verify wiring instructions and account numbers.

And sad news from the fishing world and specifically the eastern Sierra is the death of Dick Dahlgren at his home in Idaho at the age of 80. For any aspiring fly fisherman in local area in the 1980’s, Dahlgren was bigger than life. For many years his artwork adorned the walls of homes and condos in Mammoth. But his monumental discoveries and ultimately court cases to save Rush Creek (and help save Mono Lake) are unsurpassed. Yes, he is responsible for some of the other epic catch-and-release fisheries in the area, but the Rush Creek saga is truly a classic eastern Sierra tale, worthy of comparisons to Twain, Muir and McCoy. I’m glad I lived through this era as an interested young man. Here is a great link to a video of Mr. Dahlgren at Rush Creek.  RIP.

The closing of Westin #237 at $360,000 is starting to reveal the impact of the new remodeling assessment on Westin values. This is an oversized 1 bedroom / 1 bath unit overlooking the pool with views up to Mammoth Mountain. The assessment for this unit is approximately $40,000. The sale included the seller keeping the over $10,000 in rental reserves that supposedly were dedicated to future renovations of the unit. It is becoming clearer that the immediate impact to values is approximate to the amount of the assessment. I’ll keep an eye on that trend. Meanwhile it also appears the actual renovations are delayed until next spring.

The sale of Mammoth West #110 for $529,000. This beautifully remodeled and updated (mod) 2 bedroom/ 2 bath is very hip and attractive. Could be a popular rental. But the location is very problematic. Not so noticeable on a summer day but will become rather apparent come winter. Another case of buyer beware. 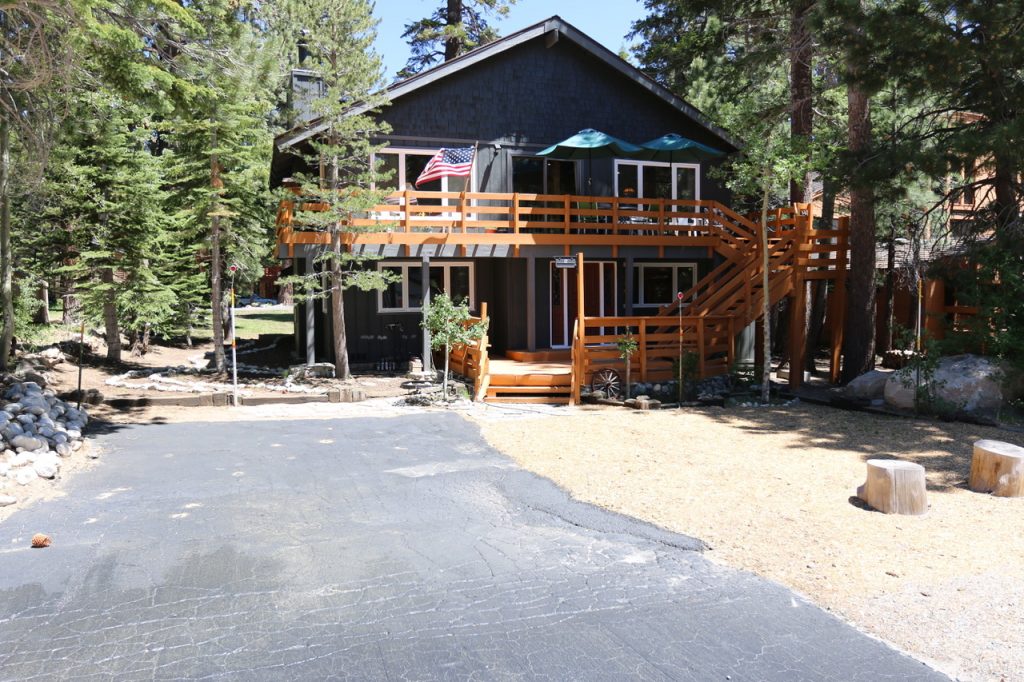 At first look many agents (as well as potential buyers) didn’t notice that this home has a nice big driveway and a 2-car garage. But it does. This home sits on a rare and large street-to-street lot. So the garage is accessed off the back street. At just slightly over 2,000 square feet of living space, this 3 bedroom / 2 bath, 2-car garage home features a remodeled kitchen, forced air heat and a large 3rd bedroom that could be a great bunk room/den for the kids, or split into two bedrooms, or ?? Nice sunny deck for hanging out. Separate laundry/craft room. Nice residential neighborhood located between the Village and Eagle Base. Less than 150′ to a shuttle stop. Perfect lot for somebody looking for extra outside storage, a fenced yard, or ?? Here’s a video tour of the property.
Listed at only $772,500

Many of my readers have asked for more of the real life scenarios of the real estate business and history in the local market. Apparently many like the more anecdotal accounts of events, even if I always try to keep the facts real. So I’ll give it a shot in the future.

I’m currently involved with two long-time local residents in the sale of their long-time residences. Both are different but both are telling in many ways. By observation, Mammoth Lakes is not a “die in place” community. I used to have a saying (again anecdotally) that when you hit the age of 70, or 40 years of living in Mammoth, the climate has taken its toll on body and mind (unfortunately I’m approaching that 40 year mark). Mammoth is a great place to age but only if your health remains good. That is the challenge. Shoveling snow can actually keep you in shape. But the cold and the dryness can become enemies.

But if the “die in place” option doesn’t make sense in Mammoth (like so many other places), then the accumulation of “stuff” over decades becomes a real problem. And the typical Mammoth buyer certainly doesn’t want to look at a bunch of accumulated “stuff.” I’ve always counseled sellers to “de-crappify” their properties. But that is easier said than done. I’ve recently witnessed months of purging anguish. It has been painful. It is a lesson we should all learn.

One problem is that the more we age the more difficult it is to part with accumulated stuff; both physically and emotionally. Luckily Mammoth has two excellent thrift store opportunities. It is simply amazing how much turnover there is at these stores. Mammoth is truly a “one man gathers what another man spills” community. So getting rid of stuff should feel good.

During the hot foreclosure era I was constantly backing my truck up to Second Chance with goodies for them to liquidate. I was amazed at how fast items sold. Sometimes there were buyers picking things out of the back of my truck before the items could even get in the door. So the Cast Off and Second Chance are worthy establishments to part with accumulated stuff. Both are great causes and very effective. But it still takes work.

And then there is the reality that you are leaving the community that you have lived in for decades. The future night skies won’t be the same. The aspens don’t turn in the desert. Humorously watching tourists won’t be the same. And you won’t know the history on all of the local characters, etc, etc.. But when you gotta go, you gotta go. Mammoth Hospital is only good for so much.

On the other hand, there might be real Chinese restaurants at the next destination…