Q: Simple question; we hear so much back-and-forth about Prop. 13. Is it fair or not? Should it remain?? What do your think?

A: Taxes are such a fun subject. Really. We all grew up with Benjamin Franklin’s two certainties of life; death and taxes. But we have defer to the notorious comedian and social commentator George Carlin, who was known for “dirty” words, to find the ultimate dirty word; taxes. Carlin neglected to pay income taxes for many years and ended up paying millions in back taxes and fines for over two decades. Before he died he credited the tax debt with keeping him motivated as a comedian and entertainer for the balance of his life.

With that in mind, should we all look at paying taxes for life-long motivation? And as an aside, the Town of Mammoth Lakes now thinks our visitors should adopt a similar motivation (how many taxes can they come up with?).

But the love/hate relationship with California’s Prop. 13 usually emanates from which side of the fence you are on. There are strong arguments for, and reasonable arguments against. And of course if it is working “against” you, your opinion is it should be repealed. If it is working in your benefit, it is fair and good. If you own California real estate long enough you will likely be both at some point in your life. And the year 2020 will bring some new propositions to make it all more right or wrong.

The debate over the validity of Prop. 13 can start with the inherent stability of the current annual property tax bill. I find many who believe Prop. 13 is unfair don’t even own property and many have never even paid property tax. Go to other states that re-assess properties on an annual basis and you will hear the horror stories. Owners literally fear receiving their new property tax bill in the mail. Their new re-assessment may be based on some exorbitant price a “fool” paid for the house down the street. The uncertainty is nerve wracking. The large increase may seriously compromise the family budget. Those two negatives alone can often dissuade people from becoming homeowners.

This is the way California property taxes were prior to 1978 when Prop. 13 was passed. My father and uncle were both long-time real estate brokers in California (one starting in 1937). They both believed Prop. 13 “stabilized” the real estate market. Many people think the State’s real estate is far from stable. But without Prop. 13, imagine how crazy it might be?

Opponents of Prop. 13 argue that there are many “unfairnesses” to the law. One is that it incentivizes people to stay in their homes. And perhaps longer than they should. They argue that older property owners benefit from low and historic assessed values. They aren’t “paying their fair share.” They should be incentivized to move on, to downsize, etc..  And conversely, they believe that newer owners are paying excessive taxes to make up for it. But it can be argued that these older owners have been paying property taxes for 30 or 40 years that paid for the existing schools, hospitals, fire stations, and the like that the new owners are utilizing.

The Prop. 60 and 90 “portability” of property taxes has somewhat alleviated this incentive for older owners to stay put. It allows the transfer of a low property tax basis from one property to another (if lesser or equal value). But right now not all counties in California are “reciprocal” to it. Mono County (Mammoth) currently is not. Most rural counties don’t allow the portability of a low tax basis. Counties like Los Angeles and Orange do. The California Association of Realtors is currently working (collecting signatures) to place a proposition on the 2020 ballot to make the transfer apply to all counties.

In theory, this would create “movement” which is good for the real estate industry (more sales) but would also open more opportunities for buyers in low-supply markets. In theory it could also increase the property tax revenues in these departed counties where new owners would have substantially higher assessed values. It is likely to be on the ballot in November. Interestingly, it could also create more demand for retirees moving to the eastern Sierra and other rural counties. We’ll have to see. And there is bound to be some people that will see this as unfair.

The more significant challenge to the fairness of Prop. 13 that is coming is known as the “split roll.” It has qualified to be on the November 2020 ballot but they are re-writing the proposition and from what I can tell they haven’t gathered the necessary signatures to put the replacement bill on the ballot, yet. But the voters are going to be beaten over the head with “split roll” come election time. And it will be confusing and complicated for most to grasp. There are major special interests on both sides. There is supposedly over a $100 million already in the campaign coffers. The campaign rhetoric will probably equal the national election. And the unintended consequences may be profound.

In the past, many large commercial and industrial property owners have skirted new (and significantly upward) tax basis changes (and re-assessment) at sales by having ownership forms that can be transferred without triggering a new assessment. Or the properties have been involved in tax-deferred exchanges which carry a continued low tax basis. Simply, the tax attorneys and accountants have been allowed to utilize legal loopholes to suppress the tax basis for many extremely valuable properties.

The proposition’s re-write will supposedly put a threshold on smaller and less valuable commercial properties and exclude them. And there is no doubt that closing some of the loopholes is probably a good thing. But the unintended consequences could be devastating to many property owners and businesses. That includes businesses that both own and lease their space. And if a commercial tenant has the burden of paying a pro-rata share of the landlord’s property tax bill (often referred to as a triple-net lease), the monthly lease obligation could skyrocket. Or larger single-tenant owner-occupied buildings could see their property taxes grow in multiples. It has the potential to put many people out of business.

The State Board of Equalization and the County Assessors also see a nightmare; re-appraising and re-assessing commercial properties every year would be a massive work load and the appeals will be automatic and expensive to process. It is estimated that over 1,000 new commercial appraisers would have to be hired by the counties.  The new tax revenues could be wiped-out by all of the new administrative costs.

There are certainly a multitude of other ramifications. We’ll have to see what the final proposition and election brings. The propaganda will be deep. And as always, be careful what you wish for. Even worse, many believe if the voters don’t approve it, the legislators in Sacramento will. At least in some form. All of this creates uncertainty, and markets don’t like uncertainty. Remember the “stability” that Prop. 13 brings? It is a good thing. And once (if) there is a split roll, the next step may be to get rid of Prop. 13 altogether. What could those unintended consequences be?

Prop. 13 and property taxation in Mammoth Lakes is an oddity too. It is classic “taxation without representation” for most. For those who missed history class, that is a core premise of the American Revolution (when was that?). Second homeowners don’t get to vote here, they just get to pay. They don’t have kids in the local schools and have very low demand on overall public services. And for most, the street in front of their home gets plowed with bed tax dollars (paid by the guests) not property tax dollars. And yes, there is the fire department and hospital which may be needed someday, but..…  At least these second homeowners can be assured that the children of the people who do work on their property get fine educations at the local schools.

For the local Prop. 13 dissidents, or who begrudge the second homeowner structure in the Mammoth community, think about the math. The owner of a $1million home in Mammoth pays Mono County ~$1,000 per month in property taxes. And they put very little demand on the system in return. Does that seem fair? We never hear them complain. They are just glad to be here. And besides property taxes, they originate large volumes of cash flow that ripple through the entire area. It affects everyone who lives here. Without this structure, Mammoth Lakes really would just be a “bus stop”.

In November of 2020 the voters of California will have the opportunity to make Prop. 13 more “fair.” But it doesn’t always work that way. Every voter needs to carefully consider the propositions. Unintended consequences can be so much fun.

In the meantime, appreciate the stability and benefit of the current tax structure. And stay motivated and keep paying your taxes. Good things are bound to happen. 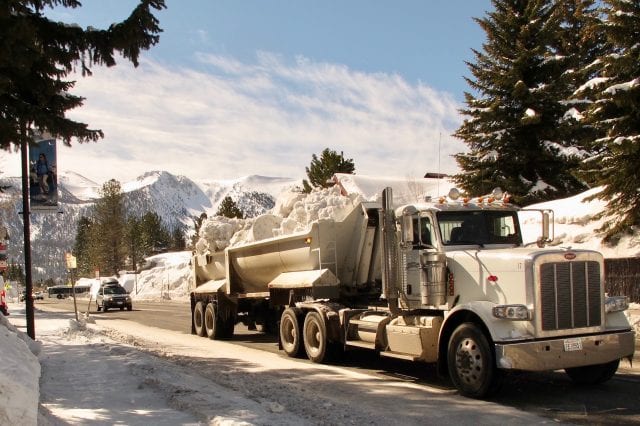 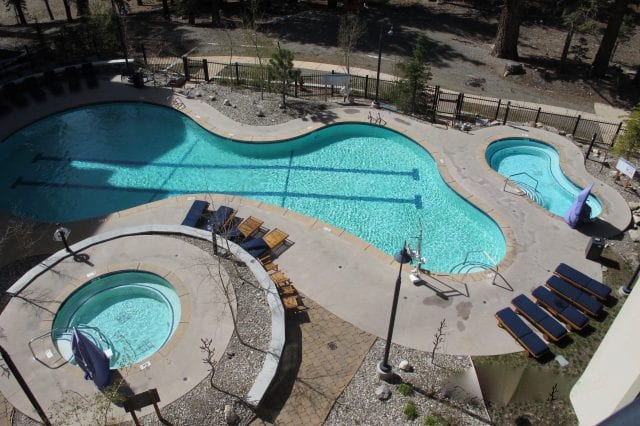 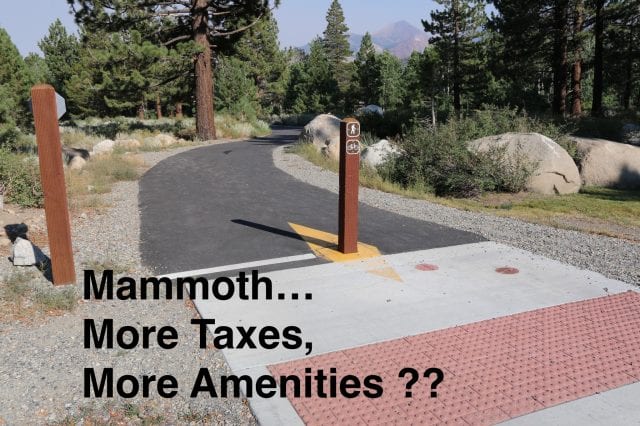 Mammoth Real Estate Q & A Taxation Without Representation …and Appreciation