Q: We’ve been thinking about purchasing a Mammoth condo and doing short term rentals. But in reassessing life, the “usage” component that you always talk about is now a really important factor to us. We know the market is quite uncertain, but how do you think Mammoth’s condo values will be impacted by what is currently going on?

A: At this point I’m telling everybody that “things are on hold” in the Mammoth real estate market. It is the simplest way to describe it. Any surprise? That includes values. Anybody trying to “push” a real estate deal at this point is a fool unless somebody really needs shelter. And I’ve seen vultures swarming already. It is premature to estimate where the shake-out or opportunities will come. Much of it depends on what really happens in the greater economy. There are just so many variables in the bigger picture and in the microcosm of Mammoth Lakes.

There is no doubt that the local condo STR market was humming along up until a few weeks ago. Despite lackluster snowpack, the winter season was doing well on all economic fronts except for the per-hour snow removal operators. Demand was strong for nightly rentals. Real estate values for condos in “turn-key” condition were consistently ticking upward (lesser quality condos were flat or declining).

In the past few years the “working parts” of the local property management companies were seeing buy-outs, mergers, competition of all sorts, new companies including “servicing” and cleaning companies, etc.. I’ve referred to the situation as the “Wild West”. The Airbnb influence maintained a dominate position in the market. Mammoth Mountain’s STR division, Mammoth Hospitality, was making moves to expand their market share. All of this has now come to a complete standstill as Mono County (Health Dept.) and the Town have prohibited all nightly rental operations in Mammoth. The spring break/spring ski season revenues will be non-existent. And nobody has any idea when this will end. This is not a “light switch event”. The ramifications are broad and potentially endless.

Meanwhile, property taxes, HOA dues, mortgage payments, etc. are all still due. The second quarter (at least) will be a complete wipe-out for Mammoth STRs.

This leads to the question of what the future may hold.

Not ignoring the economic changes, many intelligent people are pondering what the potential cultural changes will be following this pandemic. The travel and hospitality industry are being financially devastated, but the cultural changes may actually be more profound. Air travel and closed-quarters accommodations are sure to be looked at negatively for some time in the future. Maybe forever. I am already reading and hearing of ideas suggesting a greater demand for smaller units in less dense areas. The days of packing two or three families into a big rental property in Mammoth may be over (that is unless they are true believers of “herd immunity”.)

Travelers are going to want more space around them. High density properties with elevators may be taboo in the near future (30 years later the North Village Specific Plan will have to be re-thought?) This may mean a development like Snowcreek could become more popular than the Westin for STR. And getting in your own car will be more desirable than public transportation or a gondola car. Wearing face protection while skiing will now have a dual purpose?

And how about mealtime? We’ll just have to see how inclined the public will return to crowded restaurants and bars. The private chef business may boom. There is likely to be more eating-in and at-home partying after this. Maybe more people learned to cook or actually refined their cooking skills in isolation. And liked the result both economically and nutritionally. Accommodations with solid working kitchens and comfortable great rooms will be more desirable. There may be greater demand for private spas (and steam rooms) over common area spas. Media rooms and game rooms may see a resurgence. There are likely to be cultural changes coming that we haven’t even anticipated.

And Mammoth will certainly be on the radar because ski resorts are now recognized as vector locations; serious infection levels are being traced back to many ski resorts in Europe and the Rockies.

What about the simple demand for STRs in Mammoth in the future? I have to think that what has happened in the past month will kill any new proposed hotel development (YotePad, East Village, Limelight) in Mammoth. At least for now, or the next decade. Besides the potential cultural changes, I have already been pointing out the declining hotel industry metrics. They have now been destroyed. The capital markets that may have funded such a development are equally destroyed. So the supply of STR properties in Mammoth should remain at the existing properties and the existing condo inventory. There may be a slight increase of STR units to the inventory based on financial stress, but many pure second homeowners don’t want to be involved with STR.

Once the virus panic settles down there should be pent-up demand to vacation. Hopefully Mammoth will enjoy a banner (and healthy) summer of tourism. The backcountry will be accessible early. That is if we’re allowed. Mammoth often does well in slack economic times because it is relatively affordable. It also has open space and fresh air, which may become fashionable again. People will be ready for that. And Mammoth visitors don’t have to get in an airplane. Visitors have the autonomy (nice pun) of their own car. They can go where they want, or don’t want. They aren’t trapped (like on a cruise ship) and are free to leave anytime. And they can rent a condo with their own kitchen.

As for the actual stress on the owners and business operations of Mammoth’s STR condos? Most of it depends on their debt. With all of the government interventions already, there should be tons of government and bank “holidays” to alleviate the financial and timeline stress of these owners. That’s what I expect. It is too early to know exactly. The last bank foreclosure (REO) cycle could have been much worse without all of the interventions; loan modifications, miscellaneous work-outs, shorts sales, government step-ins, etc., etc..  Values could have gone much lower. The market was simply propped-up. Interventions are now part of our economic reality. Based on the reactions so far, this type of relief is bound to happen. Distressed owners can almost plan on it.

In the meantime there may actually be some motivated sellers who just want out. The volume and quality of new listings will be the best indicator. They may be willing to lose their downpayment (or more) to be relieved of their STR. But so far this isn’t happening. We’re still in the great holding pattern. One survival tactic that I’ve already seen here in Mammoth, and is apparently happening nationwide, is to move the STR property to long-term rental. This could be dicey. New renters could become dead beats or want a 12-month lease. A one-year lease means an owner could lose the prime winter season and usage. Oddly, this could also alleviate the long-term rental demand here in Mammoth. At least for the next 12 months. Or maybe longer?

And it appears that STR owners are actually going to be able to file for unemployment — they are being bundled with the lodging industry and not the real estate investment industry. As of this writing it isn’t reality, just bluster. Much of this is evolving, but this appears to be the intent. Stay tuned.

Will the STR industry here in Mammoth look different after all of this? Fewer buyers will be leveraging into deals. That’s a good thing. In the past few years some local agents were attempting to put cap (capitalization) rates on vacation rentals. It was all part of the craze. I cringed. This was a first. What utter foolishness. There are too many variables like seasonality, snowfall (or drought), forest fires and a myriad of other potential “hiccup’s”. Again, the income is great but the point is the usage too. Low interest rates and the search for “a return” drove it all. Today, even “real” investors with “golden” triple-net leases and cap rates are going to have troubles.

The local STR industry has been through plenty of ups-and-downs over the decades. Many of the newer (and perhaps some older) entrants are going to be shocked. Unemployment checks (for all) are going to help bridge the gap. One thing I have been pointing out is that Mammoth (in 2020) was already heading into a slow period. The spring break season was upon us but the lack of great snowpack was slowing visitations. The new snow would have helped but spring without great snow conditions can slow quickly. And remain slow until late June. Many Mammoth businesses actually close their doors in spring for a respite (we use to call that “the Sun Valley attitude”). The timing of this could have been worse.

Airbnb’s survival or future structure may be in jeopardy. They anticipated launching their IPO (go public) in 2020. They were already bleeding cash. They’ve been trying to raise alternative capital. Their Europe business has been decimated. The industry would hate to lose their data. Other online platforms may not be in such bad shape. There may be buy-outs or mergers in the future. The business plans will change throughout the industry.

Vacasa is a public company that does business here in Mammoth (if you own property here in Mammoth they have likely sent you mailings). They purchased Mammoth Premier Reservations a few years ago to get a strong foothold into Mammoth. They are going to be reeling from all of this. Inevitably there will be business changes in Mammoth too after all of this. It seems to happen every 10 years or so.

Paul Oster is the Broker/Owner of RE/MAX of Mammoth (celebrating 30 years). For other timely real estate information you can go to www.MammothRealEstateBlog.com. For legal, accounting, or construction advice, please seek out the appropriate professional. 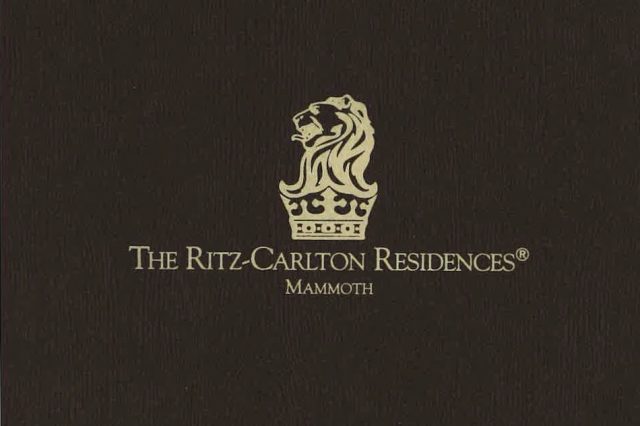 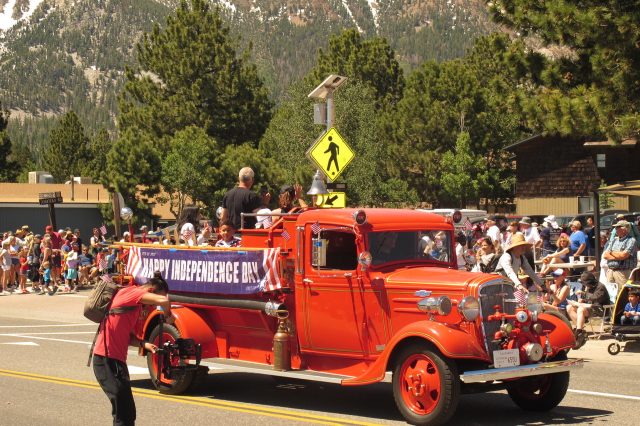 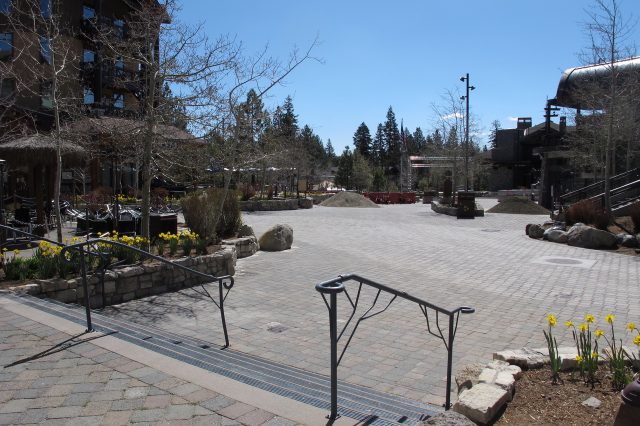 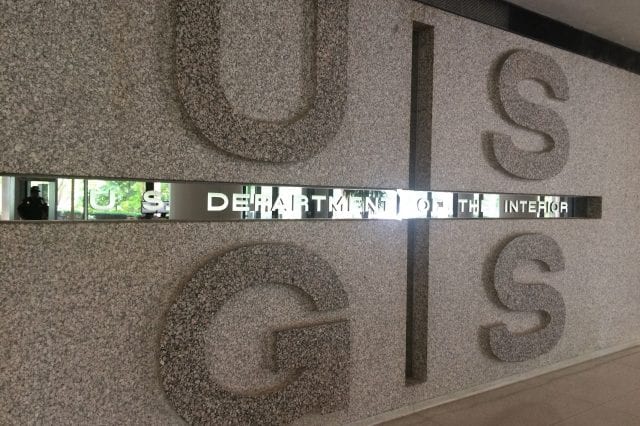