This Mammoth Real Estate Q&A appears in the President’s Weekend 2022 issue of The Sheet.

Q: We enjoyed your last column on timeshares and some of the history. So now we’re curious as to why there are so many condos in Mammoth as opposed to regular homes. This seems so different from most ski resorts. Can you explain this phenomenon?

A: People who travel to a variety of ski resorts/mountain resort communities in North America often make this observation. It is somewhat unique. My most recent guesstimate is that Mammoth Lakes has close to 9,000 condominiums and about 2,400 single family homes. This is an imbalance. And interestingly, in the past few decades it as normal for the total inventory of condos and homes listed for sale to be proportionate to these numbers. But in the last six months there have been periods when there have actually been fewer condos on the market than single-family homes. Currently they are closer to being on par.

Many of the ski resort communities in the North America and especially in the Rocky Mountains are older communities with strong mining roots. There are historical main streets and surrounding blocks (mostly in a grid) of small homes that made up the original community. Some date back well over 100 years. It is very much part of the charm and character of these communities. This is something Mammoth clearly misses. The planners have struggled with it for decades. But this historic layout also doesn’t work very well for visitors who have a hard time parting with their vehicles.

Mammoth also has mining roots but the boom and sustainability was short lived. Not really long enough for a similar build-up of an official Main St. and neighborhood of single-family home structures. Today’s Old Mammoth district in the south of town has the underlying subdivision names of “Mammoth Camp Tract” dating back to the 1920s. This is notably where the miners typically camped during the mining era. There are a variety of historical sites and markers in the area memorializing this mining era. And there are a few real log cabins dating back to the 1920-30s era. But as land values increase and Old Mammoth locations become increasingly desirable, they are unfortunately disappearing.

Mammoth’s real estate evolution is more recent than many classic ski resort towns in North America. If you came to Mammoth in the 1940s and weren’t camping you likely stayed in the motel district on Old Mammoth Road. Some of these structures still exist in the vicinity of the Snowcreek Athletic Club and to the south. Most are apartments today.

The Sierra Valley Sites subdivision (aka The Ghetto) evolved during this 1940s era. Many of the historic cabins and structures still exist in the four street neighborhood (Manzanita, Mono, Lupin and Joaquin). Today, because  of the original (and current) zoning of the neighborhood, there is a hodge-lodge mix of historic properties dating back to the 1940s and 50s, apartment buildings mainly built in the late 1980s and early 90s, Mammoth Mountain employee housing built in the 2000 era, Town of Mammoth Lakes workforce housing built in the 2000s, and more. There have even been new homes and modern apartments built in the very recent past.

Mammoth’s first real development push didn’t happen until the 1960s and 70s. There were new residential subdivisions in the area commonly referred to today as “behind the Post Office” and the lots were small and designed to accommodate weekend and summer homes. The single-family residential expansion grew to the west into the area between today’s Village and Canyon Lodge (then known as “7&8”). These lots are larger because there was demand for larger homes. This was basically the mid-and-late 1960s.

But the 1960s and 70s also ushered in a major condominium development era. There were early mega projects like Mammoth Estates and Sierra Manors. These were very “weekend” oriented units as Mammoth Mountain became a popular ski destination for southern Californians. The overall demand for these properties in this era is exemplified simply by the volume that were built. Local contractor and developer Tom Dempsey (ultimately of the Snowcreek Resort) built many of the projects that still remain the “bread and butter” rental condos in Mammoth. Today these ~50 years old condos provide accommodations for thousands of guests each year and produce valuable bed tax (TOT). The classics are the “Four” series projects including Seasons Four, Horizons Four, Discovery Four, Sunshine Village, Viewpoint, etc..

What makes these (and other) projects so fascinating today is that they were designed so perfectly for nightly rental (long before we called it STR). These projects have entry offices similar to hotel front desks, recreation rooms, pool and spa areas, managers quarters, etc.. For decades they were managed and operated by “mom and pop” enterprises (some still are today). New FannieMae “condo hotel” guidelines from the 2011 era changed the way many of these projects have operated in the last decade, but the feel and facilities are still there.

As a young Realtor® in the late 1980s I remember having to be especially polite and courteous with these property manager/reservation company owners. Or else they could be uncooperative. They ruled the roost and protected their business interests at their respective projects. Some are the notorious characters in Mammoth’s real estate past. It was a different era for sure. But their positions provided them valuable housing, a stable management check, and the opportunity to make a percentage of the STR they managed. It was a good gig. This was decades before Airbnb.

These condos and the whole arrangement (rental and management) became incredibly popular for both owners and the weekend warrior crowd from SoCal. There were condo projects both large and small developed all over town in the 1970s. The first Snowcreek units were completed in the late 1970s. And there were single-family homes being built too, but not nearly in any volume like the condominiums. The condos were simply attractive to second homeowners and guests, and thus the demand.

The condos back then had the same appealing features that they have today; onsite management and rentability (STR). But back then the two went almost hand-in-hand. Condo owners could “walk-away” (drive away) from their properties knowing everything would be okay. And on the weekends between their next visit their property had the potential to generate some rental income. All of it would be handled by their onsite manager/rental agent. This was all way before the Internet and mobile phones. It was the precursor to where we are today. The condo STR business has been entrenched in Mammoth for decades. And this was a big part of what drove the condo expansion.

The intense Mammoth condo development rolled into the 1980s and local real estate values were some of the highest of all ski resorts in North America. But earthquakes and volcanos (in other places) put a serious damper on the market and development. Mortgage interest rates of 16-18% didn’t help either. Many new projects went sideways. Others suffered foreclosure rates at incredible percentages. Condo development then stalled and staggered for many years. Looking back, projects like Snowcreek Phase IV, Bridges and Winterset were miraculously completed in the mid-1980’s. Another real development cycle didn’t start until Intrawest came on the scene in the late 1990s and these properties include the condo hotel properties at the Eagle Base and the Village and various condo projects built along the fairways of Sierra Star.

The “drive-to” aspect of Mammoth is a major factor in the proliferation of condos in Mammoth. It is one of the things that makes Mammoth unique. The proximity to the major population base of southern California is part of Mammoth’s destiny. It is one of the reasons Mammoth Mountain consistently pulls down large skier-day and revenue numbers, even in marginal snow years. This “drive-to” characteristic helped make weekend condos so popular with both owners and visitors. And it does so even today.

Mammoth’s long standing zoning laws that pre-date incorporation (1984) are also a major factor adding to this expansion of condominium development. The homes in the single-family neighborhoods have never been legally available for STR (only for rentals of 30 days or more). This regulation has been upheld by referendum in the past decade. It is also closely monitored by the Town (and by the neighbors). The whole concept was to preserve the quality of life in the single-family neighborhoods. This specific STR intrusion into residential neighborhoods is exactly why Airbnb-type rentals have garnered such a bad name (and restrictions) in many communities across the country. Mammoth Lakes (and Mono County) somehow figured out the solution decades ago.

Ultimately, if a Mammoth second-homeowner is looking for STR rentability and revenue production, the condos are where they need to be outside of a few pocket neighborhoods in Resort zones (and they have become very pricey). And again, in the modern era this is a major reason why condos have proliferated here. Today, AirDNA data shows right around 3,000 Mammoth condos listed on Airbnb. And this doesn’t include many of the condo hotel properties in the Village and Eagle Base as well as others.

With the substantial increases in local real estate values in the past 20 months, the condos remain the most affordable option and have the revenue capability. And obviously not all of today’s condo owners (and buyers) rent or intend to rent in today’s market. They desire to keep their properties for personal usage and enjoyment. But the rentability option in the future is attractive. They may see themselves coming to Mammoth less often in the future or more seasonally. The ability to produce revenue during their “off season” is part of the plan, especially towards and in their retirement. I know and meet lots of people who are thinking this way.

And due to Mammoth’s hotel development history (or lack thereof), the condo volume and bed base is invaluable to the community. Without significant motel and hotel development, the guests have to stay somewhere. Future hotel plans are always in the works, but the high expense reality has thwarted it for decades. It is only worse today. The existing condo bed base not only provides the accommodations for our guests, it also generates the tremendous volume of TOT (bed tax) that feeds the local municipal services and government.

The proliferation of condos in Mammoth may seem out of the ordinary but it is a byproduct of Mammoth’s history, demographics and economics. And with the bulk of our visitors arriving in their own personal vehicles, it just works. And this isn’t likely to change anytime soon. 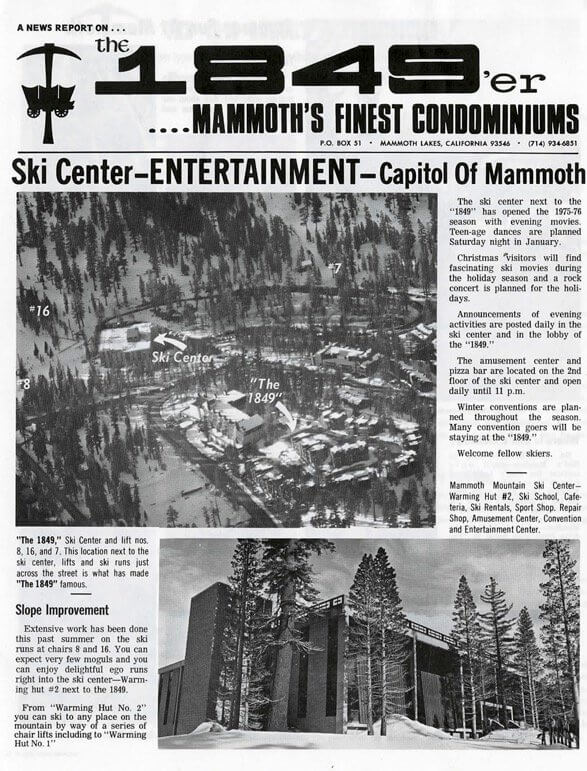 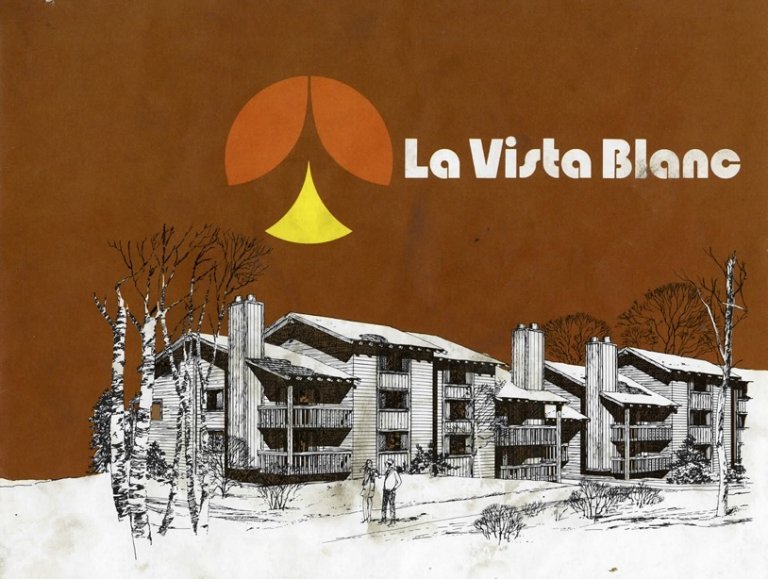 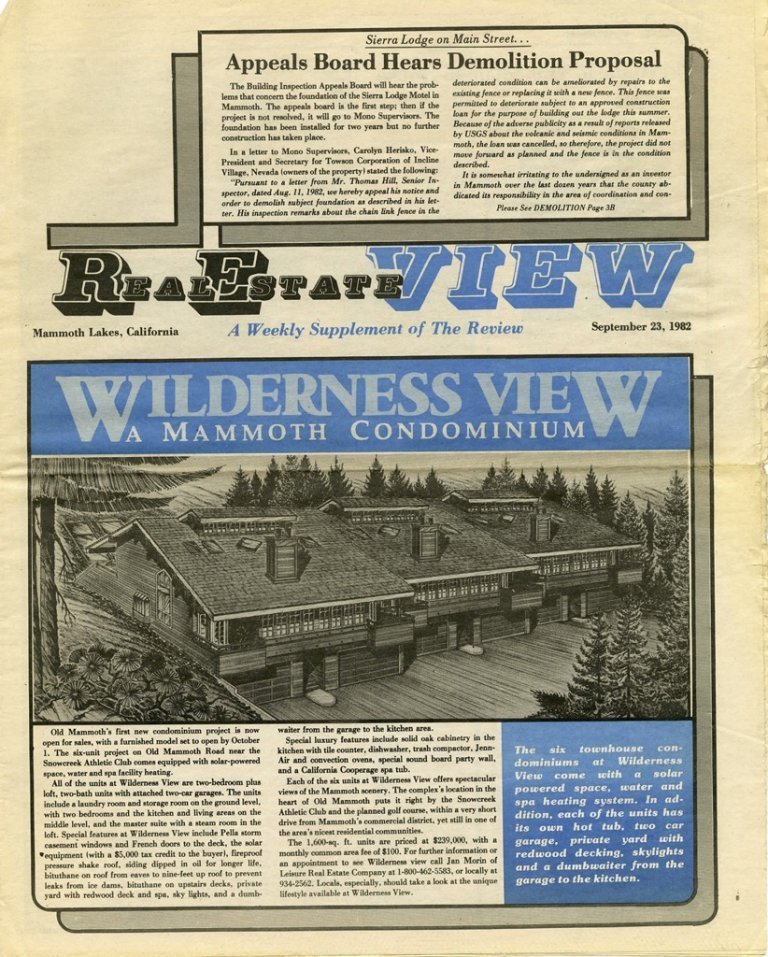 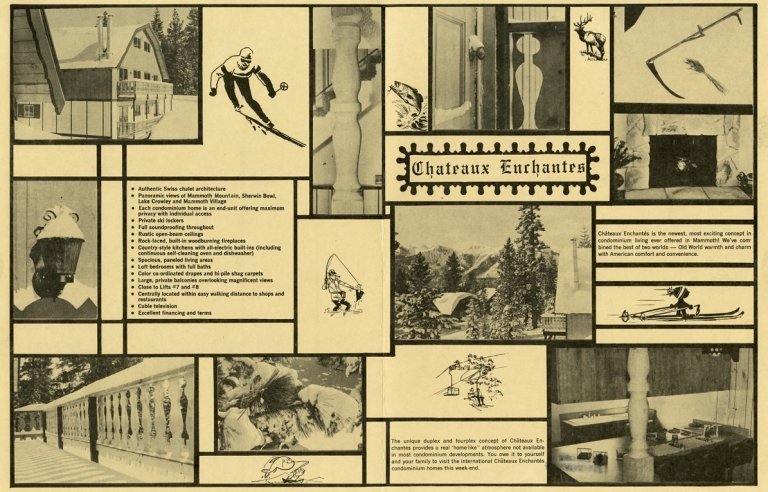 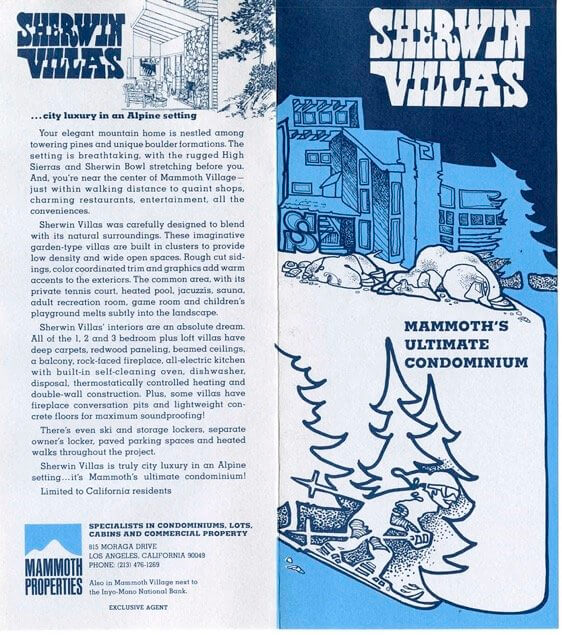