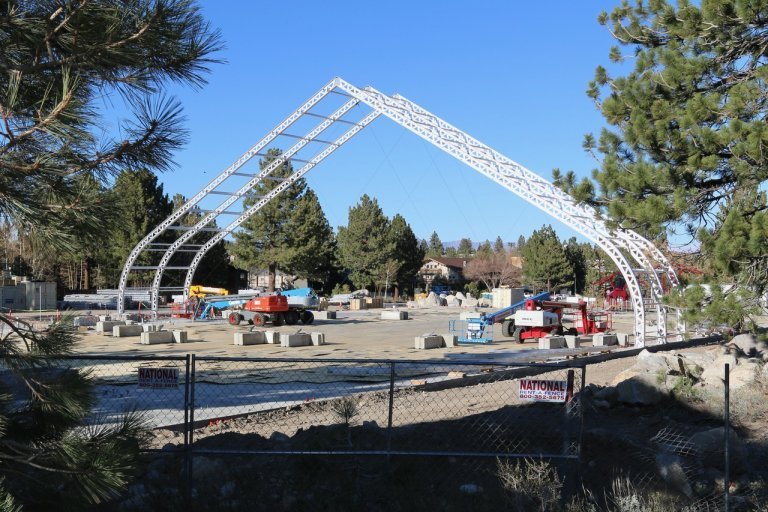 The Mammoth Lakes MLS is reporting 18 real estate closings for the period ranging from a low of $245,000 to a high of $1,755,000. Of the 18 closings, 17 were financeable properties and 13 were closed with financing. Three of the closings were sold at significantly higher than list price. Almost all closings showed increased pricing in their respective market segment.
The 10-year Treasury yield moved only slightly higher to 2.935%. It did go over 3% a couple of times in the period. Despite all of the market craziness the conventional mortgage rates actually came down this past week. The “stated” rate was pushing close to 6% two weeks ago but has now settled down to the 5.25% range. Jumbo rates typically remain under 5%. The lower jumbo rate is helping the Mammoth market because of all of the new, higher prices. The mortgage industry continues to report dropping loan application numbers but noted that purchase applications were up this past week. They are now forecasting that total mortgage originations this year will be 35% lower than last year. And last year was a monster year for the industry. All told, it could be far worse.

At the period’s end the condominium inventory is up seven (7) to 41. More inventory is good. There were 21 new condo listings in the past two weeks and three (3) are already in escrow. The new listings included some nice properties including several luxury townhomes. There were a few price reductions in the period. The lowest priced condo in town is $430,000. This time last year there were 46 condos on the market and my newsletter headline stated the market was stymied for inventory.

The inventory of single-family homes is down one (1) to 17. There were two new listings in the period. The property that was my “Favorite” last issue received multiple offers. The small log cabin that has been through all sorts of weird marketing efforts was dropped to $880,000. Price discovery can be an interesting process. This time last year there were 18 homes on the market.

The total number of properties in “pending” (under contract) in Mammoth Lakes is down three (3) to 61 at period’s end.  The total number of pendings in the aggregate Mammoth MLS (which includes outlying areas) is down two (2) to 92. This time last year it was 93 and 132 respectively. Many Mammoth agents have expressed to me that they are “tired” in the past month. Many others are on extended vacations. But vacations away from Mammoth are typical for this time of year.

Mammoth froze its butt off last week. The temperature barely came above freezing for several days. And the wind howled. There was even some snow flurries. But this weekend was warm and glorious. Classic spring weather in Mammoth. A significant volume of fisherman and a motorcycle rally in the region brought some level of tourism to town. But Mammoth is clearly in a shoulder season. Numerous businesses are closed until Memorial Day.
Construction is really starting to take-off in several locations. The Ice Rink Sprung structure skeleton is rising and The Parcel is full of activity (but no structures yet). There are significant new single-family construction starts including four in the Starwood subdivision alone and one in the Bluffs on a double rim lot. These will be big homes. It seems like a crazy time to build a new home, but…The Creekhouse development construction is inching closer to Club Drive. This will complete the project. Several Mammoth Realtors now live in Creekhouse and state that are tiring of construction noise. What did they expect? It will be over in a year and then it will be beautiful, and quiet.
The Mammoth Planning Commission finalized approvals this past week for the Limelight Hotel and the 33-unit Obsidian Villas extension on Callahan Way. Aspen Ski Company seems intent upon building (I know they are looking to purchase a liquor license) the Limelight but the current high construction costs will most likely delay the project. But will costs ever go any lower? Higher selling prices and higher rack rates at The Westin Monache might make it all work. The Limelight would make a nice addition to the Village environment. I can’t believe critical public hearings are still be run via Zoom.
I closed another environmentally sensitive piece of land along the shores of Mono Lake during the period. The Land Trust industry appears to be flush with cash and very competitive, even amongst themselves. They have expedited closings lately. This is rather unusual compared to the past. I’m sure there is some job preservation aspect to it all. There has never been a better time to sell a marginal piece of land that has some environment sensitivity; appraisal values are historically high and there are motivated cash buyers.
Several Airbnb hosts have recently told me that their forward summer booking aren’t as strong this year as they were last year. Could be gas prices, could be the threat of smoke. Or maybe more people plan to camp in the forest. A busy but not overwhelming summer would be nice. The summer of 2020 fiasco is hard to forget.
The Mammoth VONS has new automated check stands. They work good except you can’t buy alcohol, so that will eliminate plenty of patrons. Mine froze up the other day and the attendant had to come override it. Her comment was that “she”(meaning the machine) didn’t like something I did. Gender identification gets more and more confusing all the time.

An oversized 2 bedroom / 2 bath at Juniper Springs Lodge closed for $880,000. Original condition. Values at JSL lagged for awhile but are now moving up.
An older but remodeled home near Eagle Base was the high sale of the period at $1,755,000. It was overbid by over $100K.
One of the low-end houses I was “watching” closed for $1,150,000 or $100K less than listing price. Mammoth is still a strong market for selling marginal properties.
Two Studio units at Mountain Shadows closed. One was clean and modestly upgraded. It closed for $325,000. The other was a complete “gut” and closed for $245,000. Probably a good buy. These units are small so how much money could a full remodel cost?? These make very good STR properties.
The vacant lot at the end of Innsbruck finally sold and closed for $395,000. There isn’t much left in this segment of the market. How things have changed…. 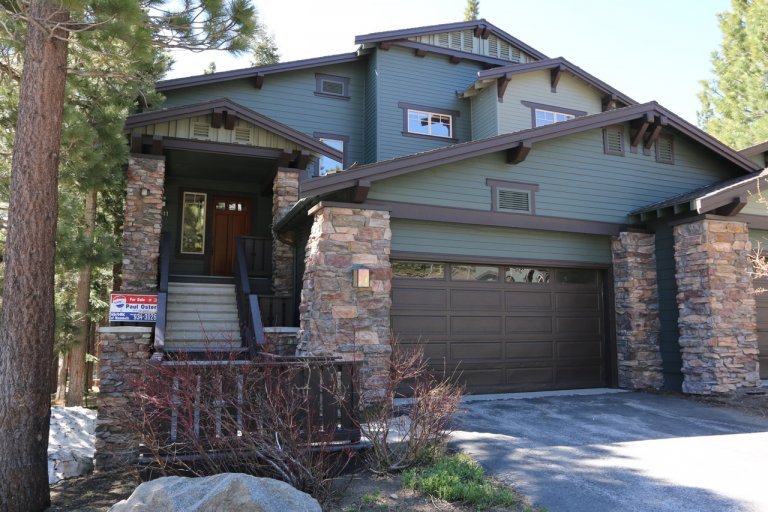 Luxury townhomes have been a strong segment of the Mammoth market the past 24 months. They provide home-like livability and the ability to produce STR revenue. This is a 4 bedroom + den / 3.5 bath (2641sf) 2-car garage at The Timbers that has a fantastic setting on the 17th fairway of the Sierra Star golf course. The location also allows easy access to the shuttle stop for a quick trip up Eagle Express and a is a short walk to the clubhouse. Perfect winter and summer location. The backyard is a lovely natural forest area that is adjacent to the fairway. The property features upper and lower decks (the lower deck has a private spa), forced air gas heating and a wood burning fireplace, awesome great room with high ceiling and windows, beautiful three level wood staircase, and plenty more. Sold furnished. Check out the video tour.
Listed at $2,099,000

Real estate buyer “love letters” are rapidly becoming a fascinating legal debate. Or maybe it is just the times we are living in. These impassioned love letters introduce the buyers to the seller and had become increasingly common in the industry (real estate TV shows have especially popularized them). They are presented with any offer to purchase and often include photos of the buyers including the children. From my perspective and experience, they can work, or not. Ultimately the seller’s decision is usually predicated on money and the potential ease of the transaction.

Last year the National Association of Realtors® issued a new policy warning about the pitfalls of love letters that could lead to discrimination against people of protected groups because they often contain information about the buyer’s race, sex, religion, family arrangement, etc.. At the time NAR recommended that these love letters NOT be presented with any offers. In the following months many buyers persisted with the practice, including many here in Mammoth.

In January of this year the State of Oregon banned the use of love letters. The Oregon Legislature was convinced by advocate groups that these love letters clearly could be used to discriminate against people of protected groups. Even though this type of discrimination is already banned under the Fair Housing Act, they argued that the love letters provide information that would make it easy for a seller to discriminate, whether consciously or not.

Of course, this led to a lawsuit challenging the new law and court proceedings. This past week the State of Oregon agreed to accept a halt to the new ban based on First Amendment arguments. The real estate love letters issue may perhaps become an accelerated legal debate of free speech versus discrimination. Rather appropriate and timely topics in this current age.

Meanwhile, the California Association of Realtors® has already dealt with the issue. The most recently revised listing agreement form has provisions that default to “Seller instructs Broker not to present Buyer Letters”. The secondary option (with check box) instructs the presentation of letters to the seller but they (the seller) are acting against the advice of the broker and they should seek legal advice on the matter. At this point I can’t see any seller compelled to checking the box. My guess is that it is only a matter of time before the second option disappears. Then the whole issue may be over. But then it is likely there will be some other lawsuit.

I’ll be back in four weeks. Look for a Mammoth Real Estate Q&A on Memorial Day Weekend, more ideas on where the local market will be heading in the future months.