The Summer Of Restriction And Inflation Begins In Mammoth! 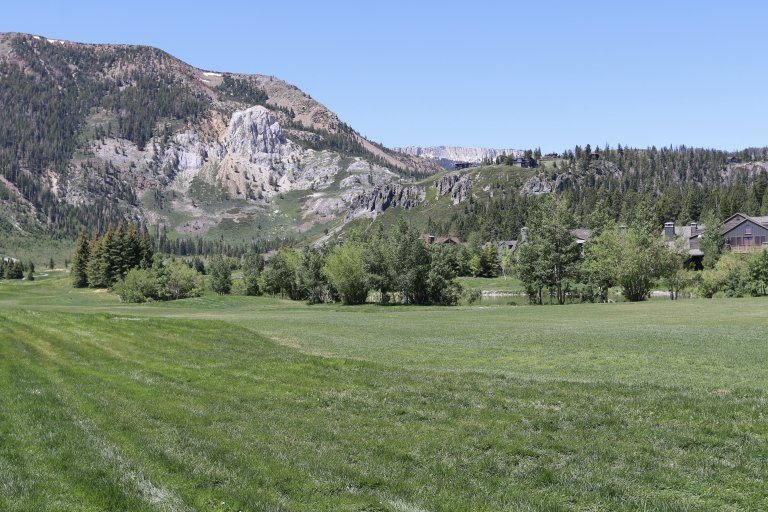 Time flies when you’re having fun. I originally thought I would return in four weeks and it was actually five weeks. I always say that it is great to get out of town after a long, cold winter. But it is even better to come back, even if the weather turns cold on the brink of summer.
This report is for the past five weeks. The Mammoth Lakes MLS is reporting 38 real estate closings for the period ranging from a low of $335,000 to a high of $4,100,000. Of the 38 closings, all were financeable properties and 23 were closed with financing. There was significant overbidding throughout the closings but especially in the lower-end of the condo range, and most of these were 50 year-old condos with high prices to start. Many are thinking we will look back and see these as “peak” prices. Time will tell. The three highest sales ranging from $2.M to $4.1M were cash purchases. Amazing. Mammoth continues to be a strong luxury market.
The 10-year Treasury yield moved significantly higher during the period to 3.239% but was even higher at certain points. The “yield curve” is notably inverted, if anybody cares. The conventional mortgage rates pushed well above 6%. Investment and second home rates (Mammoth) will be higher. Jumbo loans remain at lower rates. After the Fed raised their rates by .75% last week the real estate industry media pipeline was full of conjecture (and some panic) about how this move would impact mortgage rates. So far nothing significant. Mortgage rates are typically tied to the 10-year. This time last year the 10-year was at 1.45%.

At the period’s end the condominium inventory has moved up 20 units to 61. The increased inventory that so many buyers were hoping for is conveniently coinciding with higher interest rates. But increased inventory this time of year is historically normal. Could some normalcy be returning to the market? There were 45 new condo listings in the past five weeks and seven (7) are already in escrow. There were also numerous price reductions in the period. This time last year there were 48 condos on the market.

The inventory of single-family homes is up nine (9) to 26. There are now four (4) homes listed under $1,000,000. They have an average of 15 days on the market. I can’t see buyers rushing in on these offerings, but I could be wrong. This time last year there were 20 homes on the market.

The total number of properties in “pending” (under contract) in Mammoth Lakes is down 11 to 50 at period’s end.  The total number of pendings in the aggregate Mammoth MLS (which includes outlying areas) is down seven (7) to 85. This time last year it was 90 and 136 respectively. The market has hit an inflection point. Two things I have noted to buyers and sellers in the past few days; there is now more “equilibrium” in the market between buyers and sellers than in the past 18 months. Buyers are free to grossly overbid in this market, but buyer beware. And most (all?) buyers are now NOT in “buy anything” mode. Real price discovery may return to the Mammoth market.
There was a rush of new listings before Memorial Day Weekend. This is another new “normalcy” in the market. We should see another rush of new listings before 4th of July weekend. By August buyers may actually have some inventory to look at and negotiate for.

Mammoth was cool (cold) this weekend and it caught many visitors by surprise. Shorts and down jackets were in vogue. This weekend is somehow etched in my brain because it marks the return to work from an annual fishing trip in the tropics and the first weekend of the Mammoth Motocross. And the true beginning of summer. I don’t recall this weekend ever being so busy. High gas prices don’t appear to be holding anybody back.
Serious restrictions on campfires in the Forest and landscape irrigation are already in place. Groups of backpackers are already traveling through the community to pick-up supplies or hide from the cold and wind. Electric bikes are everywhere and ridden indiscriminately. I hope no one gets killed. A new pool of Bird scooters in town won’t help the odds.
Construction is now booming at The Parcel with large foundations and vertical walls showing. The Ice Rink construction is going slower and the whole concrete slab is now being protected with (expensive) sheets of plywood. Who pays for that? The landscape clean-up projects on Main St. and the Old Mammoth Road Assessment District won’t be completed this summer because of the water restrictions. Maybe they will finally figure out the appropriate logistics after all. They really can have aesthetics and functionality combined with drought resistance and low seasonal maintenance. The egos and dreamers need to step aside.
The Limelight Hotel project is becoming increasingly controversial on several fronts. I have a special take. See the “Other” section down below.
Some Mammoth real estate agents are getting lazy due to the heated market of the past months. An increasing number of agents are simply shooting substandard (and crappy) phone photos of their listings and thinking this is acceptable. Do the sellers notice? Sellers paying commissions deserve much more, even with lower-end properties.
Nobody seems to have an answer why the Snowcreek Golf Course hasn’t opened. The fairways and greens are mowed. There was no “Dad’s Play Free” on Father’s Day.
My Real Estate Q&A column over Memorial Day Weekend was titled “Can This Time Be Different?”  A former Mammoth appraiser (20 years) who now lives and works in Coeur d’ Alene, ID messaged me that the article “was on the money in every way not just for Mammoth but here as well.” In light of the recent upward move in mortgage interest rates, my discussion in the column of interest rates becomes even more relative.

There were three (3) Westin Monache closings. There is now solid support in the ~1M range for 2 bedroom units. There were two (2) Studio closings including a top floor un-refreshed unit at $420,000. That might have been a good buy.
There were three (3) more new Obsidian Villas townhome closings in the $1.6M range.
One of the low-end homes I was “watching” closed at $998,000. It came onto my watchlist when it was originally listed at $1,245,000. Even so, a nice windfall for a long-time local resident.
A Woodwinds townhome closed for $1.9M after being listed for $1,699,000. A $200,000 over bid.
A nice Graybear home was also overbid by over $200,000 and closed for $2,991,000. I sold the home next door before construction started a few years ago, same floor plan. These homes have now doubled in value since they were new. 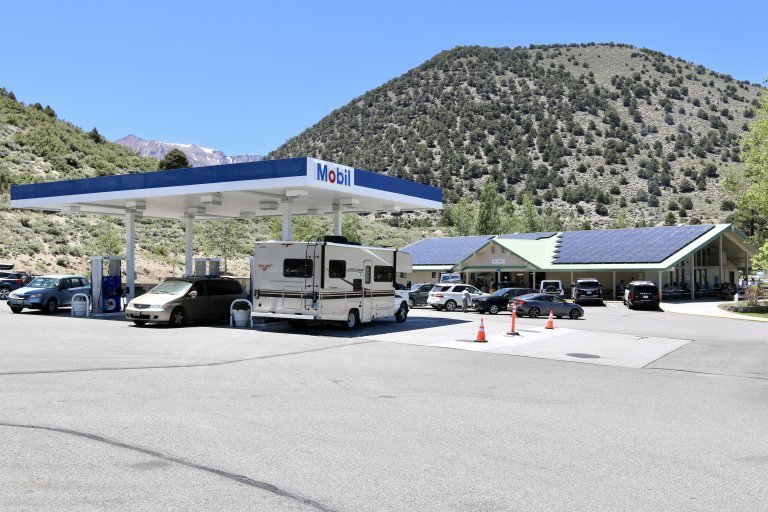 This is a truly impressive commercial enterprise. The owners have built this from scratch over the past 30 years. There are four separate parcels (~70 acres) each with their own character. The Gas Mart facility is a cash flow machine. The existing and already developed housing parcel provides significant housing in the region and has a lucrative cell tower lease. The Tioga Inn site on the lower bench is approved for a 120 room hotel. The Vista Point restaurant/brewery site also has a proposed ~100 unit workforce housing development. The property has a highly improved well/water system including deep artesian wells and a 300,000 gallon water tank. At the intersection of Hwy. 395 and Hwy. 120. This is essentially the east gate to Yosemite National Park. Check out the property specific marketing website for all the details.

During the period the Aspen Ski Company/Little Nell Hotel Group surprised many in the community by fencing the proposed Limelight Hotel property next door to the Westin Monache and began cutting down trees and moving large amounts of earth. The project has been purportedly stymied by extremely high construction cost estimates.

All of this continued more local controversy about the project. A “feel good” letter of introduction appeared in The Sheet from the developer. Local residents questioned the need for another hotel when there is a serious lack of workforce housing. And Westin owners continue to complain about the visual aesthetics of the property including the flat roofs. Many think the building is simply too big. There are now three appeals in front of the Town Council to the Planning Commission’s approval.

While the construction fencing, tree cutting and ongoing heavy equipment excavation is an impressive start for signs of development and generally a positive sign for those invested or looking to invest in the community, there is probably another reason for this action. And I have yet to hear anybody discuss it. The owners may be prudently (and quickly) establishing their “vested right” to the development as recently approved by the Town.

For decades the legal concept of “vested right” has been important to anyone developing a piece of real estate, large or small. The “right” gives the property owner assurance that some agency or outside source cannot disrupt the path to continuing the development or construction. The right has legally evolved over time, especially here in California. Decades ago when I was first introduced to the concept, the right was primarily founded on the issuance of a building permit and preferably some sort of (even if minor) physical construction activity. This right was founded in basic common law.

Today the right can also be established (in California) by a tentative tract map that is “vested” or a development agreement with government agencies. All of this has been subject to legal challenges over the years including a recent landmark case. But the building permit (or in this case perhaps just a grading permit) and “performing substantial work and incurring substantial liabilities in good faith reliance on the permit” has generally been the best way to establish the vested right.

The vested right sets things like the permitted uses, allowable density and height, development impact fees and housing requirements. And in the case of the Limelight here in Mammoth, this could also include the right to drill deep for geothermal resources to utilize for heating and energy production.

In my mind (and I’m not playing attorney but 35+ years as a real estate broker and 25+ years of public office gives you some legal perspective), this means that Little Nell has essentially perfected their right to develop the property as currently approved. Even if they let the fence and hole sit there for another 5-10-15 years before they actually build the structure and make other improvements.

The Little Nell group is being represented by Mark Carney, a former Mammoth Lakes attorney who has been described to me as the “best real estate development attorney in all of California.” In this light, it all makes sense.

Their new vested right (perceived or not) in the property may (will) become controversial at some point in the future, near or distant. It may depend on public outrage, changing economics, administrative bungling of some sorts or other potential calamities. We may even see a Little Nell Hotel Group vs. the Town of Mammoth Lakeslitigation in the future. Ironically, it would just be another in a long chronicle of infamous TOML litigations.

Regardless, it as a rather inauspicious start to the Limelight legacy here in Mammoth.