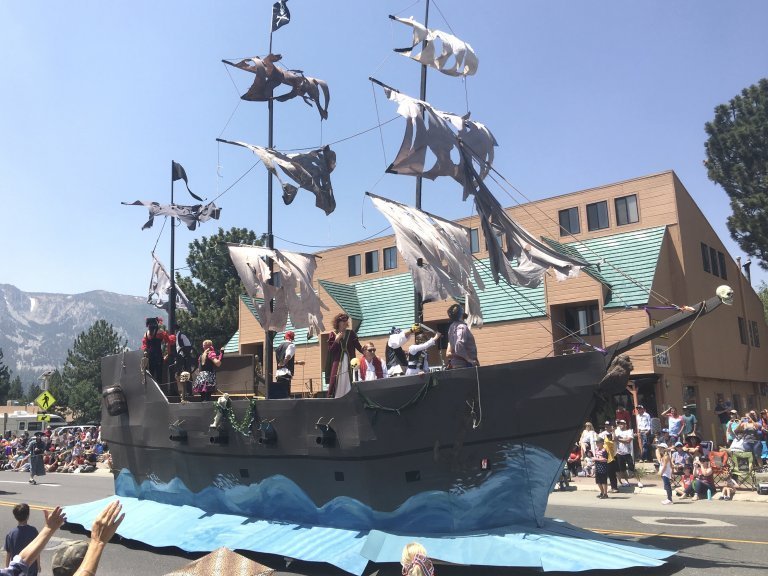 The Mammoth Lakes MLS is reporting 11 real estate closings for the period ranging from a low of $230,000 to a high of $2,900,000. Of the 11 closings, 10 were financeable properties and six (6) were closed with financing. There was one (1) vacant lot sale, one (1) single family home sale, and nine (9) condos closings. The condo closings were an array of Mammoth’s most popular properties ranging from $500,000 to $1,050,000.
The 10-year Treasury yield dropped significantly during the period to 2.889% with most of the downward movement occurring at the end of last week. Almost like a mad rush of money flowing into bonds. The conventional mortgage rates moved downward too with some rates now below 6%. Rates for Mammoth buyers remain on a case-by-case scenario based on properties, qualifying, down payments, etc…  As of this weekend the mortgage pundits were positing that mortgage rates have topped out and will not continue any sort of continued upward trajectory. But the 10-year will remain the tell tale.

At the period’s end the condominium inventory has moved up another 11 units to 72. Increased inventory and lower mortgage rates could create good buying opportunities in the second half of the year. There were 16 new condo listings in the period and none have gone to escrow. We’ve seen more price reductions in the past two weeks than in the past two years. The hot seller’s market of the past six months has come to a close.

The inventory of single-family homes is up four (4) to 30. The new listings ranged from $499,000 to $6,750,000. This is quite a range, but the Mammoth market is like this. A new Graybear listing at $3,499,000 will push the pricing envelope for this popular project. The last Graybear listing was overbid by $200,000, but the days of overbidding may be over. Another new residential listing was purchased/closed only six months ago. These are always curiosities.

The total number of properties in “pending” (under contract) in Mammoth Lakes is down one (1) to 49 at period’s end.  The total number of pendings in the aggregate Mammoth MLS (which includes outlying areas) is down three (3) to 82. The market has clearly slowed down. Three months ago a new listing would mean my phone would be ringing and pinging early in the morning through late at night. Far different now. But the online traffic and metrics on my websites remains very high. Buyers (and sellers?) continue to watch the market. Maybe lower mortgage rates will increase demand. There are occasional buyers making lowball offers, but sellers aren’t mentally ready for this. Not yet.

The 4th of July weekend is the traditional kick-off to Mammoth summer. This year is no different despite high fuel prices and general inflation. The town is busy. The size of the parade crowd tomorrow will be a good barometer. So far the crowd is big but not out-of-control like some of what we experienced in the past two summers. Civilized behavior appears to be back in vogue.
The Parcel workforce housing and Ice Rink construction projects are steaming ahead. Winter can come fast and in about two months we will be praying for it. Due to fire danger and drought, a big, early snowstorm is more than welcome. There has been no shortage of breeze and wind this past spring and early summer.
The extremely visible Limelight Hotel parcel has basically been clear-cut of all trees. A giant hole is emerging where the parking structure is planned. I’m still skeptical about any real construction in the immediate future. Subcontractors are scared to give any sort of firm estimates in this current environment.
Meanwhile the Limelight project will be in front of the Town Council on Wednesday for further hearings on the three appeals. The EIR appeal is of interest. Someone reminded me that my name is on the EIR (Planning Commissioner, 30 years ago). That was when EIRs were actually real. Today they are just big cut-and-paste jobs by international firms. They might actually spend a day or two at the site. There is no local sensitivity. The Ice Rink EIR was classic nonsense. And the public officials just rubber-stamped it. None of them even asked any questions. Made me wonder if they even looked at it.
The photo above is timely. The late Larry Johnson used to build the most awesome floats for the 4th of July parade. He spent months planning and assembling, and every year was different. They were always a big hit. But 30 years ago Larry produced most of the local EIRs. That was his business (and was later a Mono County Supervisor). His documents were real and had local sensitivity. This is what matters. The people who are appealing the EIR should pick up a copy of the revised North Village Specific Plan (1994) and educate themselves. Buildings like the Limelight are clearly envisioned at the core of the Village (the Gondola base is the epicenter of the Village).
The Snowcreek golf course opened July 1. Plenty of rumors and conjecture about the delay. The Sheet reported that the owners are finding it more economical to open later. Apparently there isn’t profitable demand until July 1. Upon opening the golfers found a whole new rate schedule with prices essentially higher than playing the championship course at Sierra Star. We’ll see how much push back there is.
I love to hear the rumors, and I’ve come up with my own ideas about this Snowcreek golf course situation. Successful real estate developers are a special breed. They typically don’t want to own and operate golf courses (except you-know-who). And especially ones that are only playable three months out of the year. Based on the big picture, it would make sense for the owner (Chadmar) to try to unload the existing nine holes and the land for the “back 10” to the Town. The Town egos are so flush with Measure R and Measure U dollars (dedicated to recreation) that they want to own and manage all sorts of recreation and cultural facilities. Snowcreek should be a municipal course. And there could be developed cross country skiing and snow shoeing in the winter.
Somewhere there is a deal to be made. The Snowcreek Phase 8 land is prime real estate and sits in the middle of the golf properties. The hotel plans for the site aren’t viable, so it is going to be more townhomes (and more property tax and TOT producers). I can see a deal of some sorts coming together; a motivated seller and and a motivated (and qualified) buyer. It might be for the best. Otherwise the back 10 will probably never be built.
Rusty Gregory is stepping down as CEO of Alterra. He says the future of ski resorts is in technology, “The apps do everything.” But Rusty says it is time for a “fresh perspective” at the company. Jared Smith formerly of Ticketmaster will take his place. Hopefully the apps can figure out how to keep so many people off the runs.
I had a Mammoth Real Estate Q&A run in The sheet this weekend titled Surprise, Surprise. The crazy cycle of the past two years has come to an abrupt halt. But it was sure full of surprises.

The sale of a Lodges 2 bedroom /2.25 bath for $1,050,000. This has become one of my favorite floor plans in all of Mammoth. But this unit sold just seven months ago for $1,011,000. According to the seller’s agent, the owner’s new girlfriend/wife wanted a place in Park City instead.
A Mountain Shadows Studio + loft / 2 bath closed for just under $600,000. Wow. Granted it was significantly remodeled in the “modern” style, but…This is actually a great little floor plan for a smaller unit. I remember selling them for $55,000 back in the early days of my career. My original broker called them “bread and butter” condos.

Snowcreek has been hot property the last two years. Here is a 4 bedroom / 3.5 bath 2-car garage Pyramid plan in Snowcreek Phase V (aka The Fairway Homes). This plan has the living area downstairs and all of the bedrooms upstairs. This plan, in this location, is especially nice. The great room spills out to a large corner deck and then in to the large, common area open space between the property and the fairways/golf holes. This makes for a large protected area for kids and adults alike to play and hang out. All while still being on the golf course. The kitchen and baths have been fully remodeled and upgraded. Very solid HOA. Check out the video tour.
Listed at $1,599,000

Here are some recent STR highlights;

• Airbnb announced this past week that it was enacting a permanent, global ban on “disruptive parties and events” including open-invite gatherings. And “party houses” which people book for one night to throw large events will also be banned. The original temporary restriction went into place two years ago after the Covid lockdowns.

According to the company, “The temporary ban has proven effective, and today we are officially codifying the ban as our policy.” The ban has produced a 44% year-over-year reduction in the rate of party reports. Both Airbnb and VRBO have “struggled” with party houses and large events held at their properties. Meanwhile, for those still having a problem with parties there is a product I have mentioned before; Partysquasher,  a small device that hooks to the property’s wifi and monitors occupancy based on the number of mobile devices within close range. I have a feeling that geofencing and STRs have a future together. And Ring doorbells have become pretty useful too for monitoring crowds.

• I recently met with one of my clients who purchased a condo in 2018. They spent many months renovating the property and preparing to do STR via Airbnb. These are busy business people and were focused on the property. They admittedly ignored the Town’s STR regulations and went about their business. Even worse they rented aggressively through all of the Covid lockdowns; the original and subsequent winter lockdown. They said business “was great” during these periods. The property has performed very well as an STR. But then the Town caught up to them, and the Airbnb records are rather precise and well documented. They were in the process of settling with the Town with “$10s of thousands” in penalties and fines. Classic “word to the wise.”

• AirDNA recently published their “5 Airbnb Guest Trends to Watch in 2022” . Their research team “highlighted continued signs of short term rental (STR) growth while also cautioning against the possible influence of inflation and high gas prices.” Some of these trends are consistent with what we have experienced here in Mammoth in the recent past.

1.) Weekday bookings are more popular than ever. “Demand for Tuesday night bookings grew 5% from 2019 to 2021. Wednesday followed closely. AirDNA recommends STR owners should not drop their rates for mid-week stays.

4.) Long term stays are on the rise. “Bookings that meet or exceed 28 days is actually the fastest-growing trip length category today.” They note that most of this growth is in cities.

5.) ADRs (average daily rates) are increasing for all types of properties. “Guests are paying more for their STRs than they were in 2019. ADRs are on the rise across all price tiers, with rates increasing approximately 30% across the board in April 2022 compared to the same time in 2019.

• Some current AirDNA stats for Mammoth; ADR is $328 per night, Annual occupancy rate is 53%, Booking lead time is 82 days, and there are currently 2,533 units listed on Airbnb and VRBO (down 10%). The last item is curious. It appears owners are removing their units from availability during the summer months…..Maybe the “rent it in the winter, use it in the summer” trend really is growing. I know it is part of my future plans.